POACHERS STRIKE WITH A SILENT WEAPON 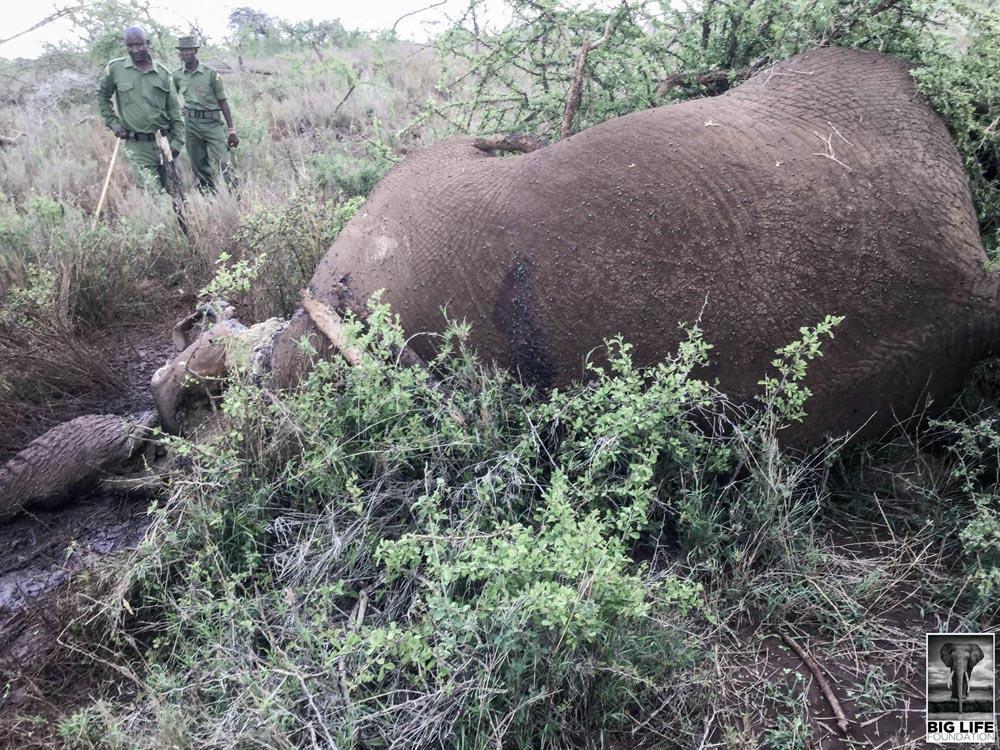 It’s hard to hide a dead elephant. And it’s not common to have reason to, unless you’ve killed it of course.

The poachers were professionals, they knew that the Big Life informer network would quickly report the telltale sound of a gunshot, so they used a silent weapon. It took just one spear to penetrate a vital organ, and the elephant only managed to run 100m before dropping dead. The killers hacked out the tusks, covering the body with cut bushes to delay the discovery.

Unfortunately, it worked. A Big Life ranger team came across the carcass on a routine patrol, and at least three days had passed since the killing. Any possible scent for the dog unit to track had been erased by rainfall, and the trail was cold.

We’ve put out a reward for any information that leads us to the poachers. For now, they’ve gotten away, but it’s hard to keep these things quiet. Sooner or later, someone will make a mistake, and Big Life will be waiting.

Sadly, nothing will reverse the death of this elephant. It’s a reminder that despite the great successes in reducing elephant poaching in the ecosystem, the threat is ever-present. This is particularly so along the Tanzanian border, where this elephant was killed.

We have work to do to raise the strength of the anti-poaching units all along the border, including in the Enduimet Wildlife Management Area of Tanzania. The rangers are the only thing that stand between elephants and the poacher’s weapons, and it is critical that they have the support and equipment that they need.

Please consider supporting Big Life with a donation: www.biglife.org/donation, and help ensure that we don’t have to tell these stories in future.