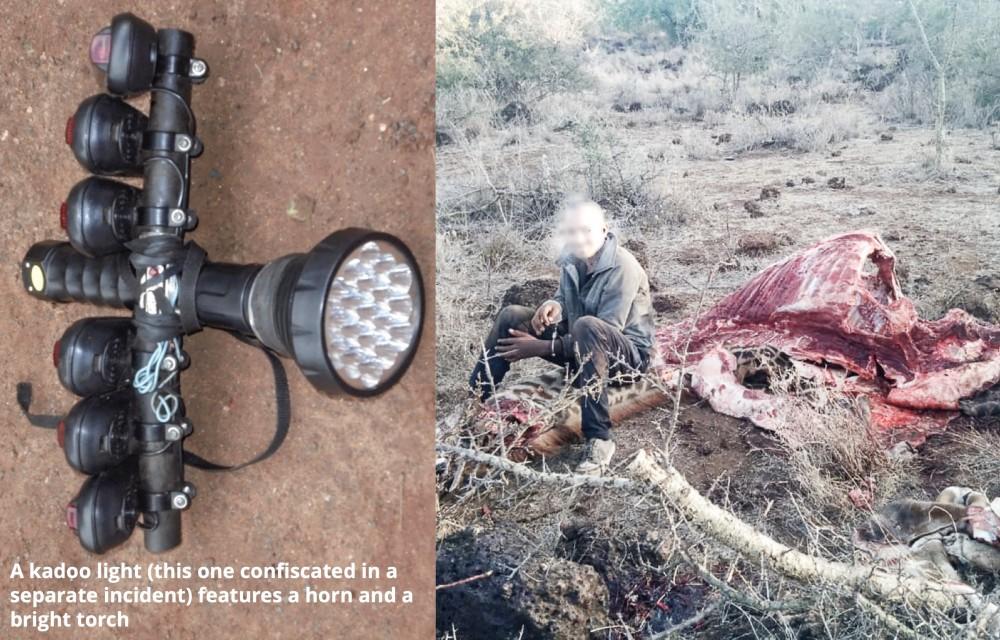 The animal never really has a chance. The poacher in front of it delivers blinding torchlight and a loud continuous blast from a horn, concealing the approach of a second poacher from behind, who cuts the animal’s hind legs to prevent escape. It is a brutal way of killing wildlife, and the use of the ‘kadoo light’ is extremely detrimental in impairing wildlife’s ability to see the coming catastrophe.

But while killing the animal may be one thing, getting away with it is another. In this case, the poachers were able to kill the eland but hadn’t taken one very important element into account: things have changed in the Enduimet Wildlife Management Area of Tanzania.

At the start of 2018, and following a year’s interval, Big Life Foundation renewed its' partnership with the community of Enduimet thanks to major financial support from the European Union, and on-the-ground partnership with The Nature Conservancy, Oikos, Honeyguide, Tanzania People and Wildlife, and other local stakeholders in Tanzania.

Despite the international border that separates Enduimet from Kenya on paper, the 350,000-acre area is an integral part of the cross-border Greater Amboseli ecosystem, with animals moving freely in both directions depending on their environmental needs.

Poachers had been attempting to take advantage of cracks in anti-poaching effectiveness, but Big Life  has  worked with Enduimet to address these cracks over the last year. Intelligence networks have been rebuilt, and two Rapid Response Units (RRUs) are now operational, thanks to funding from the European Union.

Both of these came into play in the most recent poaching arrest. Following information received about two men seen with poaching tools, one Enduimet RRU responded and laid an ambush on the poachers’ predicted exit route. Their planning was spot-on, and the rangers managed to arrest one poacher with a sack of eland meat, a kadoo light, and machetes.

This incident follows another one just a week before, when a giraffe poacher was caught in a similar fashion.

We hope that these successes, and others like them, will shape would-be poacher’s cost-benefit equations in the future and thus deter them from doing something they will later regret, which may result in paying hefty fines and/or ending up in jail.