PANGOLIN TRADERS GET WHAT THEY ASKED FOR 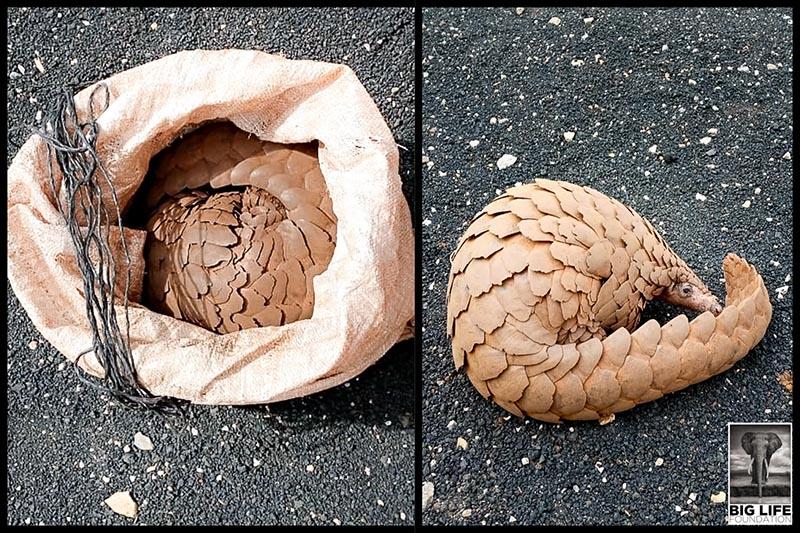 The sellers wanted US $10,000, and that’s what they got. Not in hard cash as they’d hoped, but as the amount set for their bail.

The two thought they had a neat plan: purchase a live pangolin and try to sell it on for this extraordinary figure. What they hadn’t counted on was Big Life’s intelligence officers watching their every move.

Working with the Kenya Wildlife Service, our intelligence teams designed the trap and bust, and the two men were caught red-handed. They are now behind bars awaiting trial, each unable to make bail. The pangolin has been released back into the wild where it belongs.

Only days later, we caught another pangolin seller in our intelligence net, and he was subsequently arrested by the Kenya Wildlife Service. This time it was a Tanzanian national, who made the mistake of thinking that Kenya was a good place to sell pangolin scales. He pleaded guilty, and will be in jail for seven years.

Trade in all eight of the world’s pangolin species is illegal, but the demand in the east remains strong, as the scales used in traditional medicine and the meat is considered a delicacy. As Asian pangolin populations have been over-exploited, the demand for African species has increased.

Pangolins are a sad barometer of humanity’s current exploitation of the world’s animals. A recent study found that almost 20% of terrestrial vertebrates are traded on the worldwide market, an ‘industry’ that is worth billions of dollars.

This global wildlife trade is one of the most significant threats to biodiversity on the planet, and tackling it is a daunting challenge. But we can all take action. Wherever you are, you can lobby your local government to restrict trade in wild species, and you can personally avoid exotic pets and animal parts.

Demand reduction is critical in the long-term, but in the meantime we will continue to fight wildlife crime here in East Africa. We know how to do it through a combination of effective intelligence networks, partnerships with national government agencies, and high, well-enforced penalties. Each successful bust is another warning to would-be traders.

Please support Big Life and help us in our efforts to dismantle illegal wildlife trade networks.