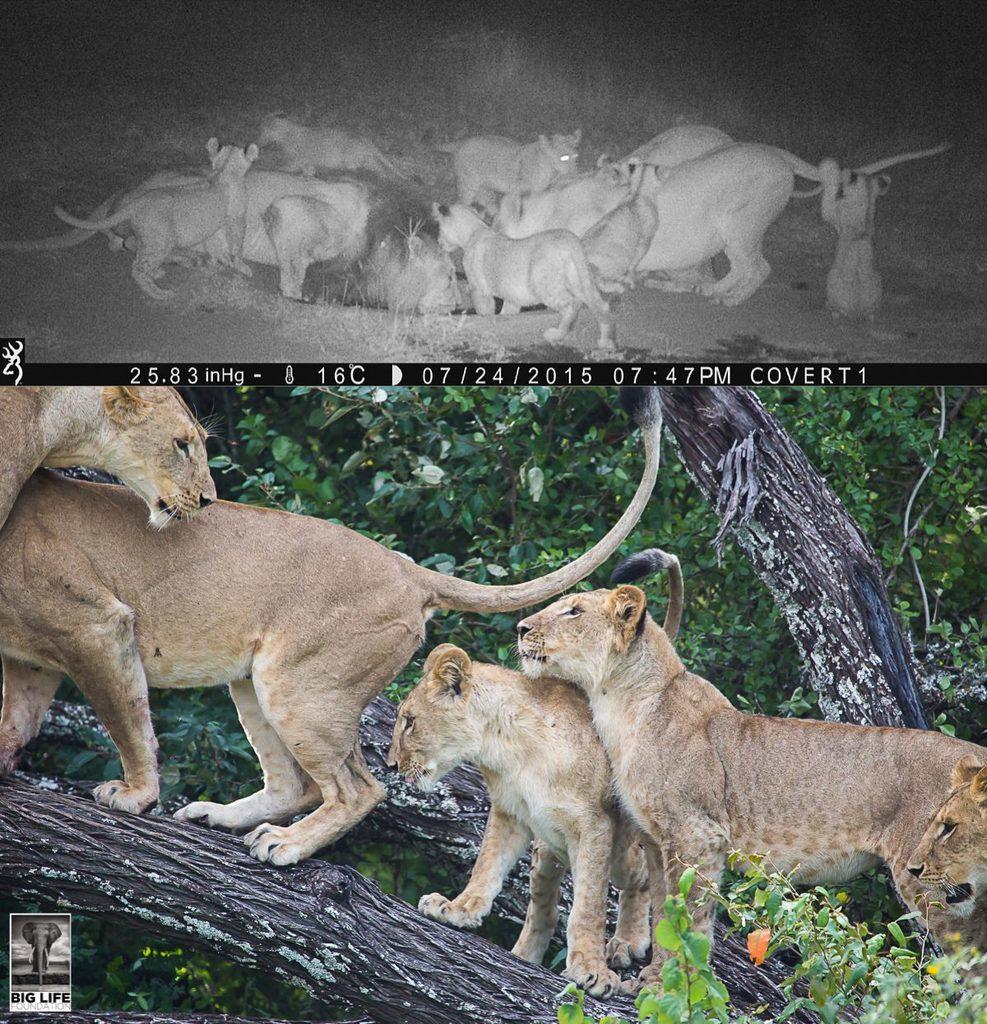 There’s no politics like lion politics. The biggest males battle it out for the most produtive territories, and the affections of the females within them. It doesn’t happen often, but when it does the world shakes. Last year Big Life was excited to share news of the birth of seven lion cubs to two females in one part of the ecosystem. It was another step in the rebuilding of a local lion population that was previously decimated by traditional killings and retaliation for livestock predation. Prides were finally starting to form again, a huge testament to the success of the Big Life livestock compensation program, and the work of our local partners Lion Guardians. But one night things fell apart for this pride. Two new males arrived in the territory, which they claimed swiftly by kicking out the father of the cubs. The mothers had no option but to flee or have their cubs killed by the newcomers. For months they were gone. But a couple of weeks ago the two females were back, with five surviving cubs that were now big enough to introduce to the new males. Hopefully the newcomers will now hold this particular territory for years to come, and make their own contribution to the lion population of Amboseli. With stability, lion populations can grow rapidly. But to achieve this natural order you need to limit human killing. That is what the Big Life livestock compensation program has done, and there is nothing better than watching the results growing up in front of us.