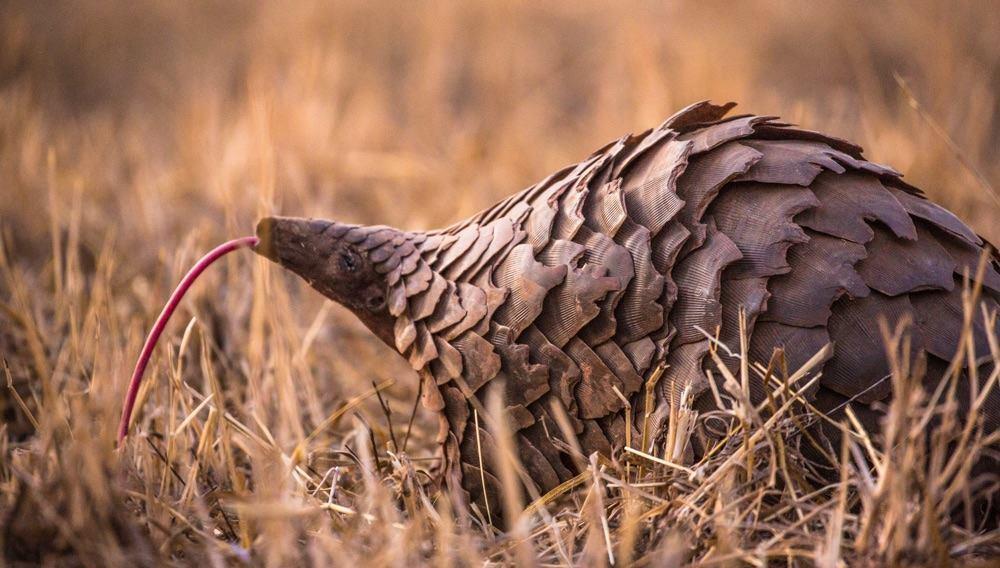 In the Big Life radio room sits a special phone - a dedicated helpline for farmers that are having trouble with wild animals raiding their crops. Elephants, zebras, elands and baboons all keep this phone busy, but one recent call stood out.

The voice on the other end of the line spoke of a python in his fields and a ranger team rushed to the farm, anxious to rescue the python before anyone got overzealous with a stick. There, instead of said python, lay a fairly amazing surprise. A ground pangolin, curled up and doing its best to shut the humans out.

Most people living in the bush go their entire lives without seeing one of these secretive nocturnal animals, but to their credit the rangers immediately recognized this as a special creature, and one with a short future should it remain in the farmlands. As such, the pangolin was carefully transported to a wilder part of the Amboseli ecosystem where it will hopefully live out the rest of its life in peace.

This unusual incident coincided with what may be a game-changing moment for the future of the 8 species of pangolin found across the world. All of these populations are in deep trouble due to a long history of demand, primarily for their scales, for use in traditional medicine in China and Vietnam, and for their meat which is now considered a luxury item by the growing middle class in Vietnam and China.

But the world is hoping for a change with the recent CITES approval of a proposal to uplist all pangolin species to Appendix I. This makes international trade in pangolins or their parts illegal, and although we can still expect a thriving criminal market, at least it cannot continue under the cover of legal trade. Thanks to the conservation organisations who have been pushing for this outcome as well as working to protect these animals in the wild, including WildAid, ZSL and IUCN Pangolin Specialist Group. We strongly hope that CITES makes the same sensible decision when it comes time to vote for the same proposal on the ivory trade.