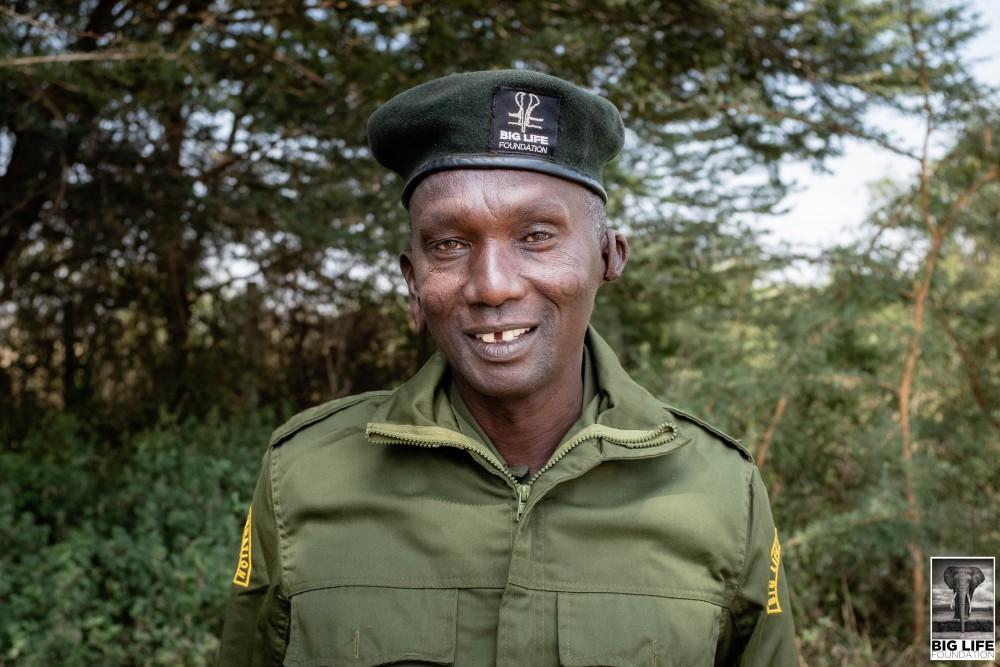 Very few of Big Life’s community rangers have been with us from the beginning – Nderu Loormunyei is one of them.

Things were different when Nderu started in the early 1990s. Big Life now supports more than 200 rangers, but back then, Nderu was one of 6. Those few rangers had a very specific focus, which was tackling the rampant poaching in the Chyulu Hills. Resources were scarce, and the team worked with little equipment and no vehicle support.

Little did they know that their efforts would turn up an exciting surprise. When they started working, the Eastern black rhinoceros was believed to be extinct in this part of Kenya. That is, until Nderu started reporting rhino tracks and droppings. It took a further five years to get photographic evidence of one of these animals, but the momentum since then has turned Eastern black rhino protection into one of Big Life’s key program areas.

In 27 years, Nderu has moved around Big Life’s area of operation but, after all this time, he’s back where he started: in the Chyulu Hills.  Only, things have changed. Nderu is now second in command of a platoon of over 50 rangers, and a highly-respected veteran in Big Life’s ranger force.

Nderu’s experiences are vast, and we would need a campfire and plenty of time to tell his stories, which include being shot at by poachers, arresting armed poachers, and tracking two rhinos injured by snares. We thank Nderu for dedicating his life to protecting the Greater Amboseli ecosystem’s wildlife and supporting his community, and we hope that his commitment inspires the new recruits.

Please consider supporting Nderu, and all of Big Life’s rangers, by signing up for the Big Life Ranger Club. In doing so, your reliable monthly donation, no matter how small, goes a long way towards keeping these brave people in the field.