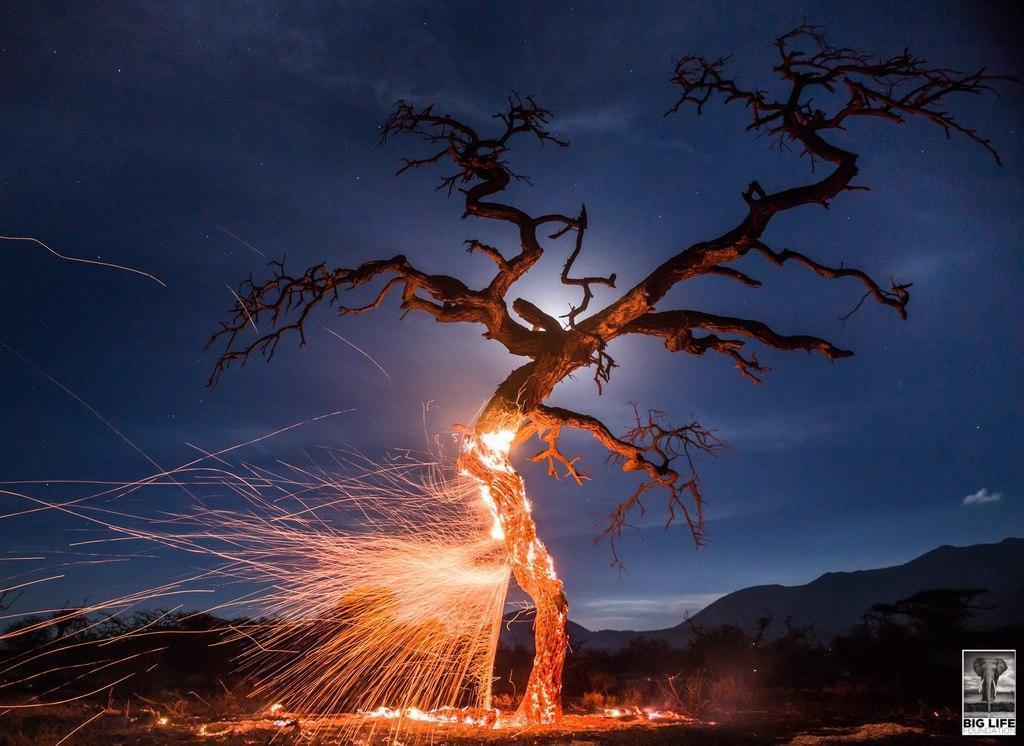 There is an animal out there that eats everything. It is neither carnivore nor herbivore, and simply devours whatever lies in its path. That animal is fire, and has rocked parts of the Amboseli ecosystem over the last few days.

The worst of it has affected the Chyulu Hills, and although we can’t be sure of why we are pretty certain it was started by humans, potentially herders or miraa pickers (miraa is a local plant chewed as a stimulant) burning to stimulate fresh growth of grass or miraa respectively.

This fire is under control but the whole ecosystem is a tinderbox as we wait for the rains, and once ignited flames are almost unstoppable on the back of strong winds. Fire is a natural phenomenon, but repeated man-made fires are a severe form of habitat destruction.

And it is habitat that is becoming more and more important for Big Life. With wildlife poaching largely under control in the ecosystem it’s time to focus again on timescales that extend beyond our own lifespans.

In the short term it’s about enforcement, and this year to date Big Life rangers have arrested 119 people for all forms of habitat destruction, largely illegal charcoal production.

But more importantly, it’s about securing spaces that are safe from destructive forms of development in the long term, spaces that benefit communities rather than individuals. Community conservancies are a way to do this, and support for these areas is an important part of Big Life’s strategy moving forward.