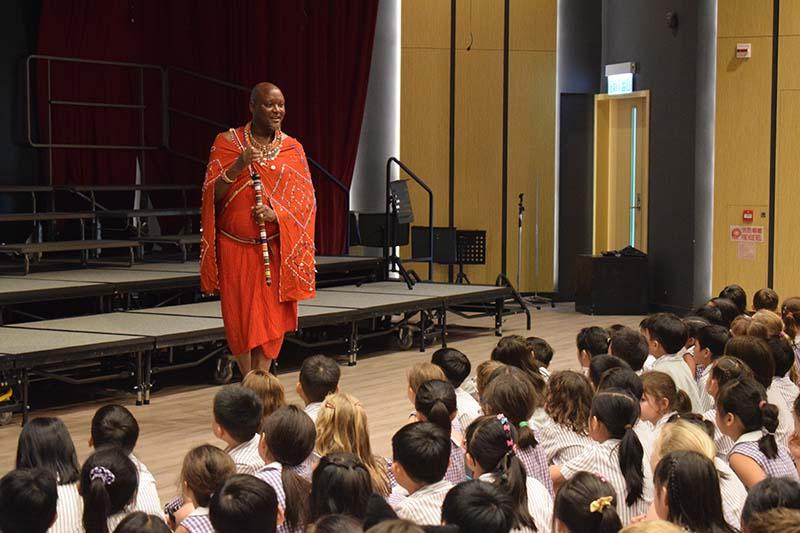 A few weeks ago, Big Life Foundation’s Predator Protector Program Coordinator Daniel Ole Sambu visited our partners at The Elephant Society in Hong Kong for a 4th time to raise awareness, this time for lion conservation. The Lion Week included a gala fundraiser dinner, radio interviews, and a special screening of the George Adamson film “Born Free.” But Sambu spent most of his time visiting local schools and sharing stories about successful lion conservation efforts in East Africa, where he manages Big Life programs such as the Predator Compensation Fund.

The Maasai Olympics is another critical predator protection program that Big Life manages, an initiative that is culturally-based and helping to change the long Maasai history of killing lions for social recognition.

The local school children were inexplicably excited about the Maasai Olympics and the incredible warrior skills demonstrated. All of the excitement lead to an unbelievable idea: could we bring the Maasai Olympics to Hong Kong?! Could the Chinese compete against Maasai warriors in the high jump?!

And so, plans are underway to send some of the winners from the 2018 Maasai Olympics to Hong Kong, visas and logistics permitting. If all goes according to plan, we’ll be able to bring this idea into reality in November and of course will keep our supporters updated.

In the meantime, thank you for your support.