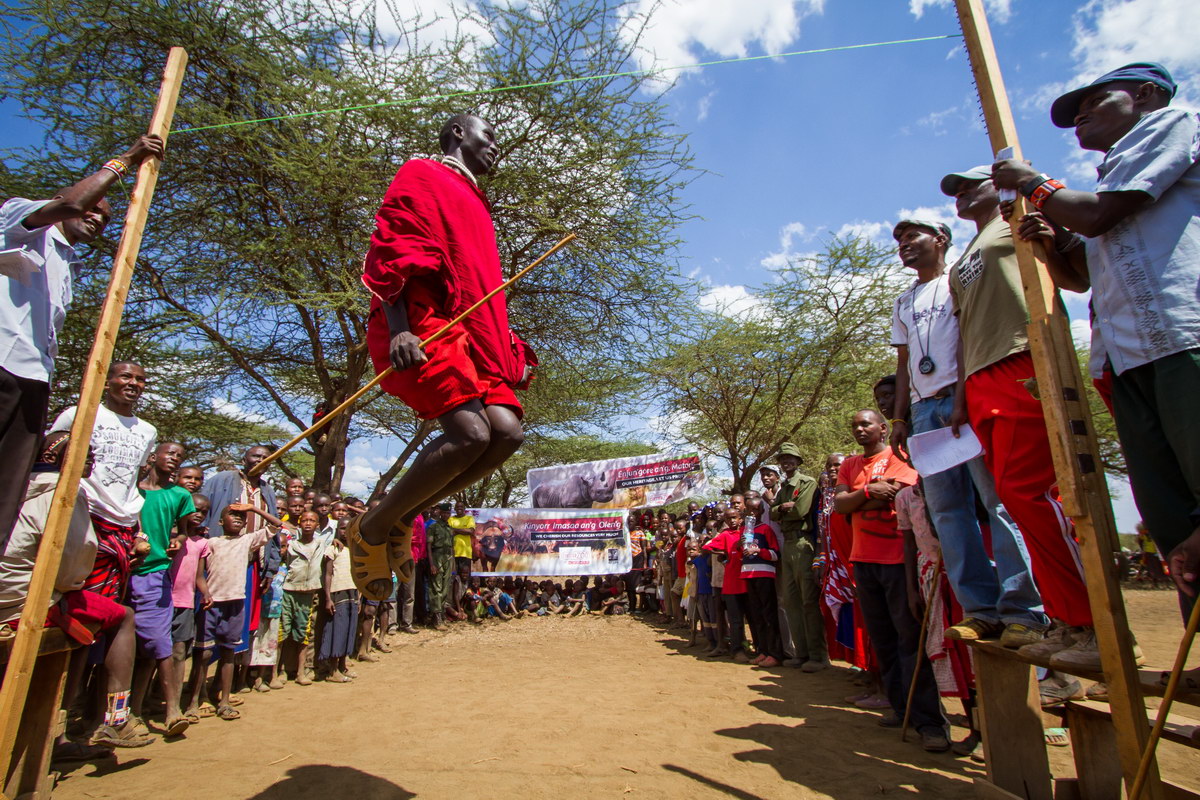 As the Football World Cup draws to a dramatic close, Maasai warriors in Kenya are preparing for a tournament that promises to be just as hotly contested. Following a slight delay due to the extreme rains earlier this year, team selections are now fully underway for the 2018 Maasai Olympics.

The warrior villages began choosing their teams at the end of June and this process will run through mid-July, with athletes from each area competing for their chance to represent their community at the biennial sports event, scheduled for December 15, 2018.

The Maasai Olympics was started in 2012 to protect lions by providing young men with a culturally-appropriate alternative to traditional lion hunting. Sports like football (soccer) are missing from the day, and instead the athletic competitions are designed to reflect traditional warrior skills: spear and rungu throwing, running events, and the high jump. Today, instead of participating in lion hunts, warriors compete for medals and local fame.

The rivalries of previous events will be high on everyone’s minds as the teams face off against each other in the regional competitions that run from mid-August through September. From then on, all attention turns to preparation for the final event in December.

The Maasai Olympics are part of an amazing success story: it is an integral part of the conservation effort that is protecting one of few growing lion populations on community land in Africa.

If you want to experience this incredible event for yourself, accommodation can be found at local lodges that attend the event. In the meantime, stay tuned for what promises to be an exciting year of competition!

To support the Maasai Olympics or become a sponsor, please donate or email us at: This email address is being protected from spambots. You need JavaScript enabled to view it..