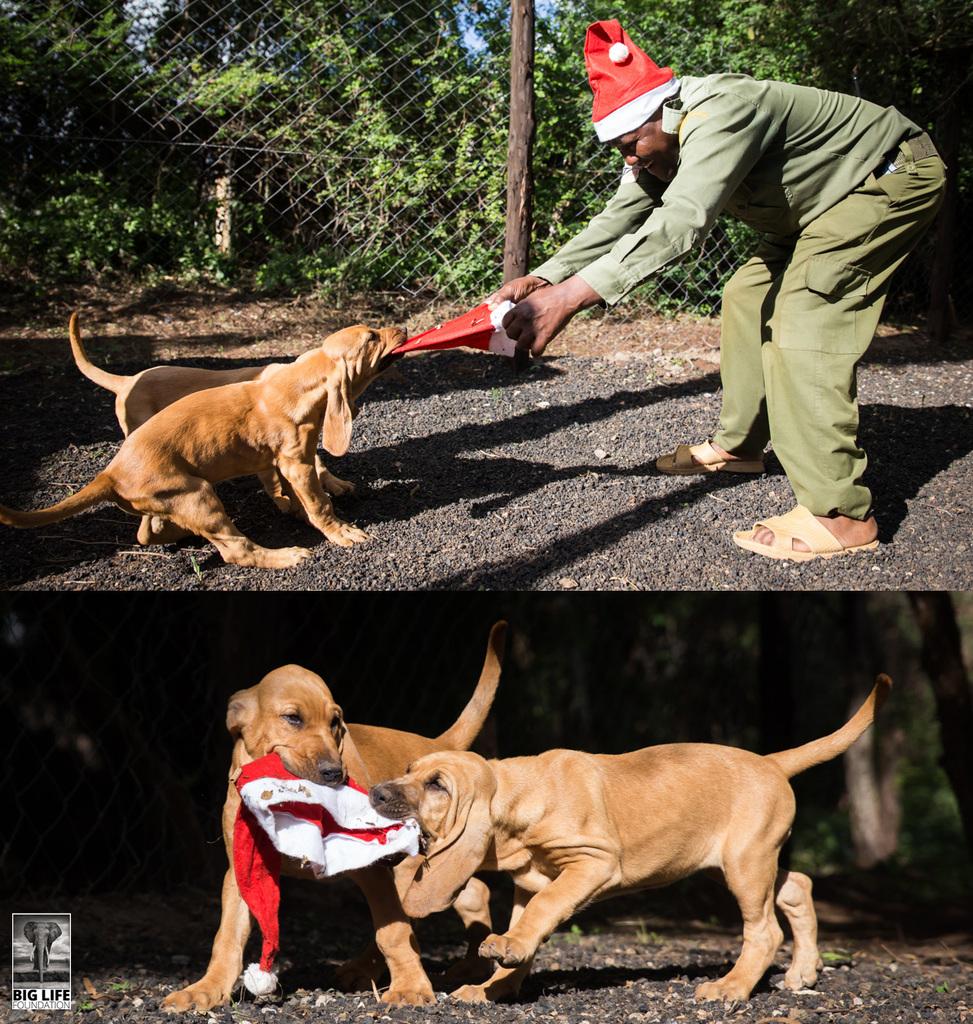 When an elephant falls to poachers it’s the end of a life, but the start of something else: a high stakes game of hide and seek.

The poachers will often have the advantage of a head start, and the seekers need every tracking tool available.

Enter the most sophisticated technology of them all: a nose. And not just any nose, a bloodhound dog has more scent receptors than any other breed. And so we’re very excited to have two of these outstanding noses joining the Big Life team.

These innate skills will complement the stamina and tenacity of Deedee, the current Big Life tracker dog who was rescued from a Nairobi shelter. The new pups were born only two hours drive from Big Life HQ, and should be well suited to local conditions.

They are still very young, their days a blur of chasing each other around and collapsing for a nap in between. These boisterous bundles, one male and one female, have not yet been named and we are waiting to learn more about their characters before we do so.

The pups will spend the next few months of their lives getting to know their handlers and doing basic obedience training, after which they will begin a more intensive training program that will turn them into one of the most useful tools in the fight against poaching, alongside the Big Life tracker dog team operating in Tanzania.

To a dog, tracking becomes a game. To us, it’s the difference between putting an elephant killer behind bars or not. As it turns out, man and elephant have a best friend in common.