GIRAFFE ON A MOTORBIKE 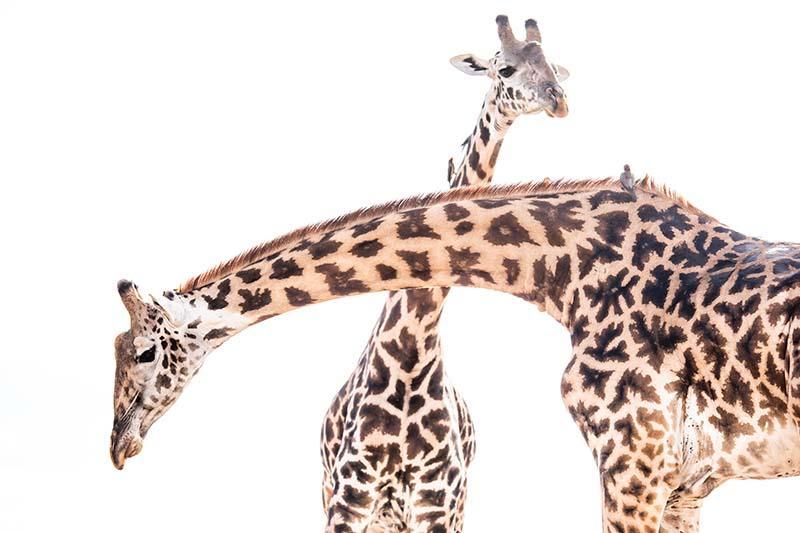 There is a lot that happens in the shadows outside of Big Life’s core operating area. Some of it goes unseen, but it’s difficult to hide a dead giraffe.

As the poachers cut meat off of the unfortunate giraffe they had snared, someone was watching. This information made its way out of the bush and reached Big Life through our intelligence network. The informer even knew which route the poachers would use to escape.

Although it was not in our core area of operation, one of Big Life’s mobile units set off to the scene with Kenya Wildlife Service (KWS). It was far enough away that the rangers were unlikely to get there before the poachers left, so the unit decided to set up an ambush along the suspected escape route.

Late at night, the beams of three motorbike headlights cut the darkness. By the time the riders saw the roadblock, it was too late to turn, and they rode straight into the ambush. Each bike was loaded with sacks of giraffe meat, nearly 300 kg estimated in total.

Two of the men pled guilty and were given the maximum sentence under the Kenya Wildlife Act: a $2,000 fine or two years in prison. The third pled not guilty, and his trial is ongoing.

Not long after this incident, and closer to home, there was a report of another snared giraffe. But this time, the animal was still alive, having managed to break free of the tree that the snare was attached to. The wire was tangled around the animal’s back legs and each step was pulling the noose around its neck tighter and tighter.

The Big Life ranger team had to find the giraffe quickly in order to save its life. This they were able to do, and the Sheldrick Wildlife Trust-supported KWS vet unit was called in, successfully removing the snare and treating the giraffe’s wounds.

Each animal has a different price on its head. It’s a straightforward equation in the case of those hunted for the bushmeat trade: price per kilogram multiplied by number of kilograms. This calculation puts the giraffe at the top of the list, square in a poacher’s sights. A full-grown giraffe might weigh in excess of 1,000 kg and provide one of the highest returns that a poacher could hope for.

Poaching is one of the reasons that the number of giraffes in Africa has dropped dramatically, by an estimated 40% in the last 30 years. Yet despite this threat, the work that Big Life and our partners are doing to protect this species in the Amboseli-Kilimanjaro ecosystem is proving successful. In 2013, an aerial survey of the ecosystem counted 4,283 giraffes. Just 5 years later, that number has risen by 24% to 5,312 giraffes in the ecosystem.

Today being World Giraffe Day, we believe that those numbers are reason to celebrate.