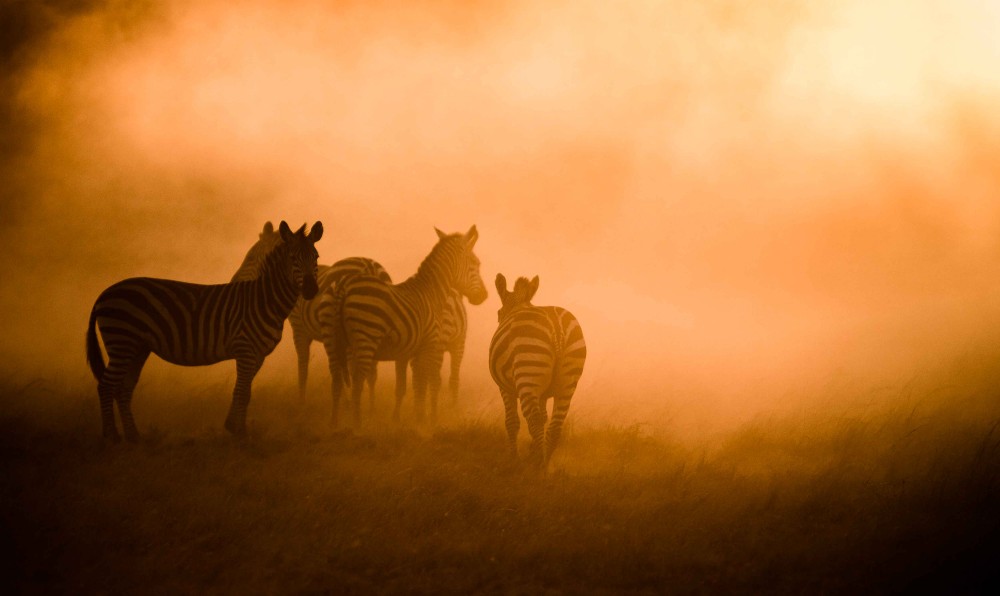 Dust. If I had one word for the third quarter, that would be it. It settles everywhere, inside the sealed car, and other places you’d rather not find it. But the dry conditions are more than an annoyance, when tensions run high. Lack of rains across the ecosystem (a normal occurrence during this period) means a lack of water, and these days that means a scarcity of food and resources for wildlife and people alike.

As a result, we saw some of the usual struggles we see in the dry season, when natural resources are scarce. An increase in bushmeat poaching incidents, a surge in snare confiscations, fires to be put out in grassland areas. Elephants continued to raid neighboring farms on a frequent, although decreasing, basis thanks to strategic protective fencing we’ve implemented.

But given all that, in an unexpected twist, we did not have a single elephant death in our area of operation this past quarter. That’s very good news, as our crop-protection fence project extends and our ranger units continue to mitigate human-wildlife conflict across the ecosystem.

Our efforts to expand wildlife conservation programs to the north in Eselengei are on track, despite hitting a hurdle this quarter. The cultural shift, from one of conflict with lions to one of peaceful coexistence with lions, does not happen over night. And so we lost a lion in violation of our Predator Compensation Fund for the first time in a few years. We are increasing our efforts there, and the community seems prepared to adapt to and accept the new rules going forward. Time will tell. As the lion population continues to grow, so too will these pressures.

The rains have, blessedly, appeared to return. The Chyulu Hills around my home are rapidly shifting to become green and lush again. Dust is replaced with mud, and grasses rapidly recover ground. It’s a relief as we enter the fourth quarter.

On a final note, our US team has been awarded the highest marks—a 4-star rating—by Charity Navigator, a trusted and respected organization which vets American charities. We hope you’re proud, as we are, to support a nonprofit that has demonstrated transparency and effectiveness to such an impressive degree.

Thank you, as always, for your support.