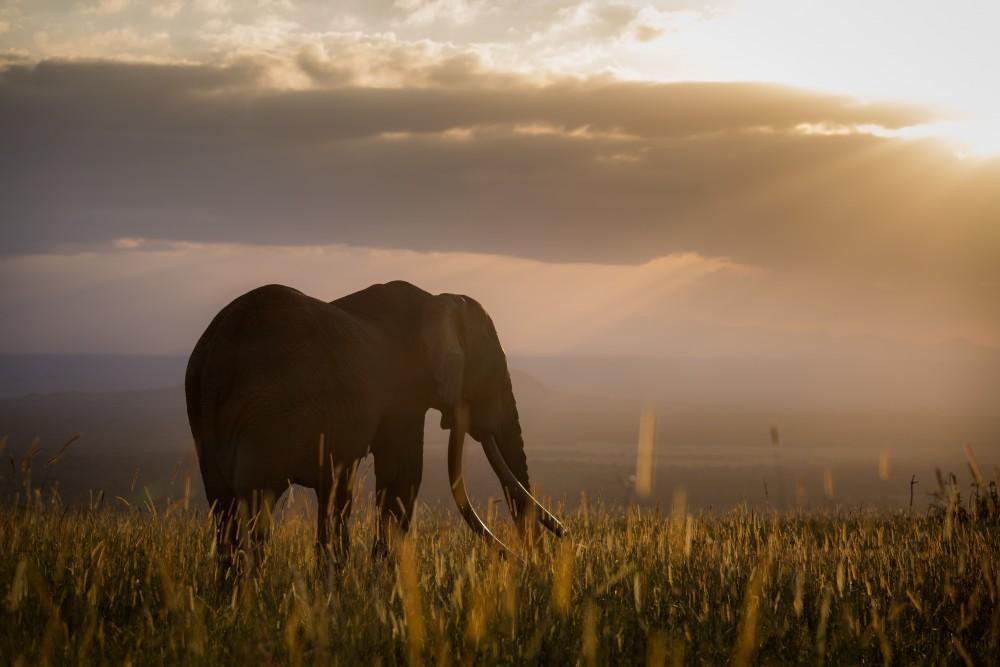 We track a lot of numbers, but there are two that shape our world more than any other. One is the amount of money that we raise and put into our community conservation projects. The second is the amount of rainfall that hits the ground here in the greater Amboseli ecosystem.

Rainfall is a fundamental driver of the health of local communities, both human and animal, and this season has been an absolute bumper. Last year was brutal; the combination of an extended period of erratic rainfall and grazing mismanagement had tipped the ecosystem over the edge. Carcasses of both wildlife and livestock were a common sight. But in a very welcome turnaround, we’ve already received more rainfall in these first three months than we sometimes do in an entire year. The transformation of the landscape has been spectacular; the dust turned to a sea of grass humming with life.

The widespread availability of water and forage has allowed elephants to further explore the limits of their ranges, sometimes with disastrous consequences. Amboseli is a big ecosystem, but there is an edge, and a sharp fall-off in human tolerance for wildlife beyond this edge. We had a horrible reminder of this in January, when crop-raiding by elephants on and around Eselengei Group Ranch (a communally-owned piece of land in the north of the ecosystem, outside our core area of operation) led to violent retaliation by angry farmers. Five elephants were speared to death, and numerous others wounded. I worry that this is only a taste of things to come, and it emphasizes the need to continue to find ways to balance the needs of both humans and animals.

It is thus timely that Big Life is expanding our work in this same area, having created a mobile unit of rangers to patrol Eselengei in an exciting project funded by USAID. We are also working with the community to expand the Predator Compensation Fund onto Eselengei, in an attempt to ease the economic burden caused by high levels of livestock predation.

At the end of the day, most human behavior is driven by these economic realities, and the trade in illegal wildlife products is no different. These products are all worth a lot to the people who deal in them, and catching them is no easy task. Big Life continues to invest heavily, and with great success, in disrupting these supply chains. Following the cumulative total of more than 1 ton of ivory confiscated in 2017 (working in collaboration with Kenya Wildlife Service), Big Life has arrested 28 people this quarter with everything from ivory to lion teeth to a worrying increase in pangolin (live and scales).

As usual, there is a lot going on here at Big Life, but there is always time to say a big thanks to our partners and supporters. We couldn’t do this without you.