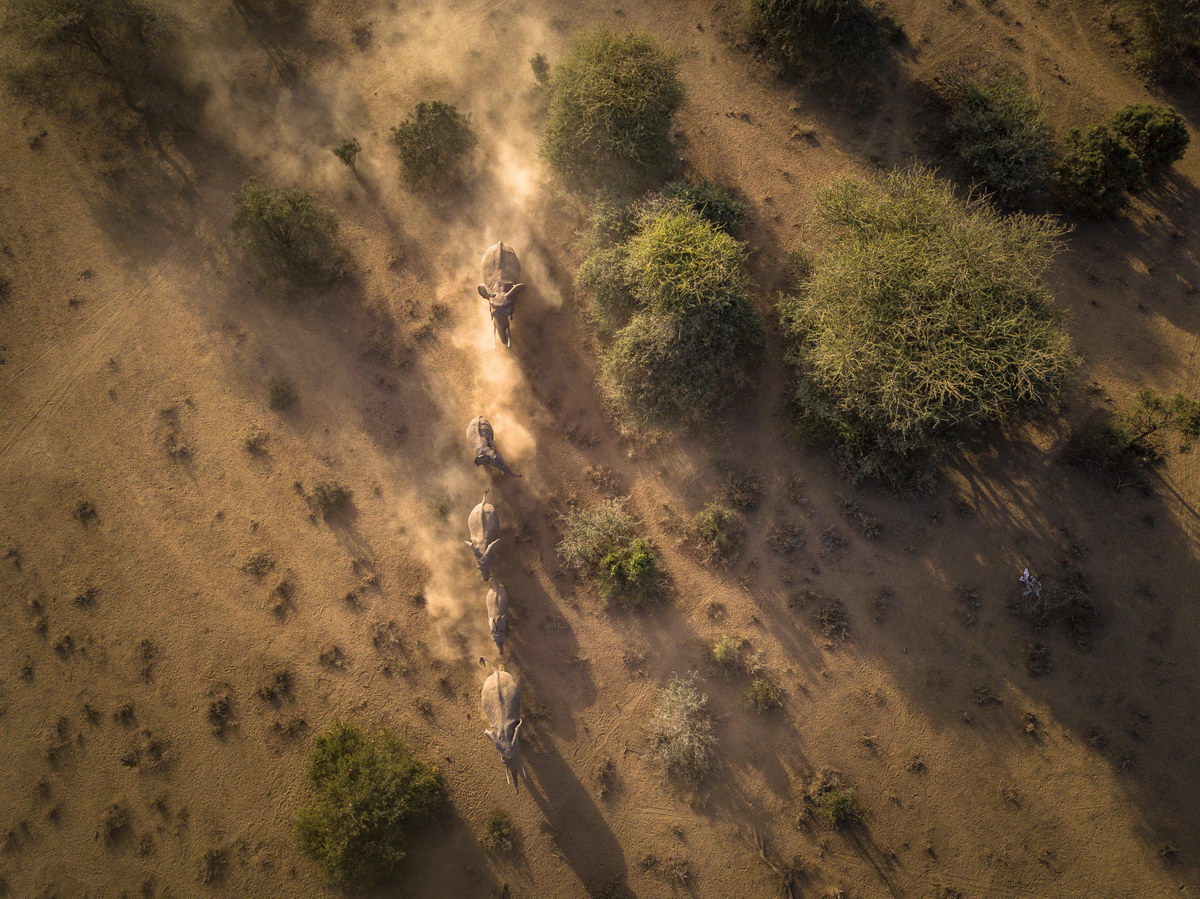 I’ve seen a world without elephants. It’s how I found the Chyulu Hills when I arrived 30 years ago. It was a time following the last poaching crisis of the 1970s and 80s, when we didn’t see so much as a single elephant track. But nature is impatient, and things can change quickly.

The Amboseli elephant population has since rebounded, and giants have filled the space, including some who carry the largest tusks on the continent. One of my favourites has a name—One Ton—so called because of the size of his ivory. Beautiful to look at, but a curse to carry. Big Life rangers have managed to keep him alive through the worst of the recent times, and with only one confirmed elephant poaching in our area of operation in 2017, I feel as though we’re giving him the best anti-poaching protection that we can.

Despite the tremendous success that we’ve had against poachers in the greater Amboseli ecosystem, Big Life rangers can only cover so much ground. Elephants are still dying elsewhere, so we’ve been targeting the supply of ivory further up the chain.

Incidentally, ‘One Ton’ of ivory (over 2,000 pounds) is how much Big Life’s intelligence unit confiscated this year, working closely with Kenya Wildlife Service. Our network of informants has greatly expanded our reach and influence, and in addition to making life difficult for elephant poachers, we’re also working to make it difficult for ivory traffickers.

Another piece of exciting news, and a huge step in the fight to reduce demand for ivory, is that of China’s move this year to finally close its ivory markets, followed soon after by Hong Kong. Things won’t change overnight, and we can expect ongoing circulation on the black market, but the importance of these commitments and the statement they make cannot be overstated.

However, it’s no longer the thought of poachers that keeps me awake at night. These days, I know that I will wake to reports of overnight raids of farmers’ crops by elephants, and occasionally of a retaliatory spear that has found its mark. This is now the biggest threat to One Ton and his kind, and without a viable solution for coexistence between animals and people, all our efforts are worth nothing.

The good news is that our actions are making a difference. The completion in 2017 of Phase 1 (53 km) of crop-protection fencing has hugely reduced incidents of crop-raiding, thus reducing human-elephant conflict. This success has spurred us to move ahead with the next 60 km of fencing, and thanks to the generosity of our supporters, Phase 2 will be completed in 2018.

But there is more to this ecosystem, and to Big Life, than elephants. In collaboration with local partners, we have achieved what must be one of the most remarkable lion recoveries on community land anywhere in Africa. Ironically, this success means we are running out of space for lions, testing the limits of pastoralist tolerance of these costly animals.

The immediate solution is to expand the protective coverage provided by Big Life’s Predator Compensation Fund, which we began to do this year. If we are able to secure the necessary funding, then we plan to continue these efforts in 2018, incentivizing greater tolerance of livestock predation.

The issue of space is a good note on which to end, because it will be increasingly important as the ecosystem continues to develop. There are some critical areas that must be protected, discussed within this report.

As usual, there is not a dull moment here in Kenya. What we are doing is vitally important, and time is of the essence. Thanks to all of you who make it possible, both through financial support and through action on the ground. This truly is a cumulative effort, and one we shall continue.