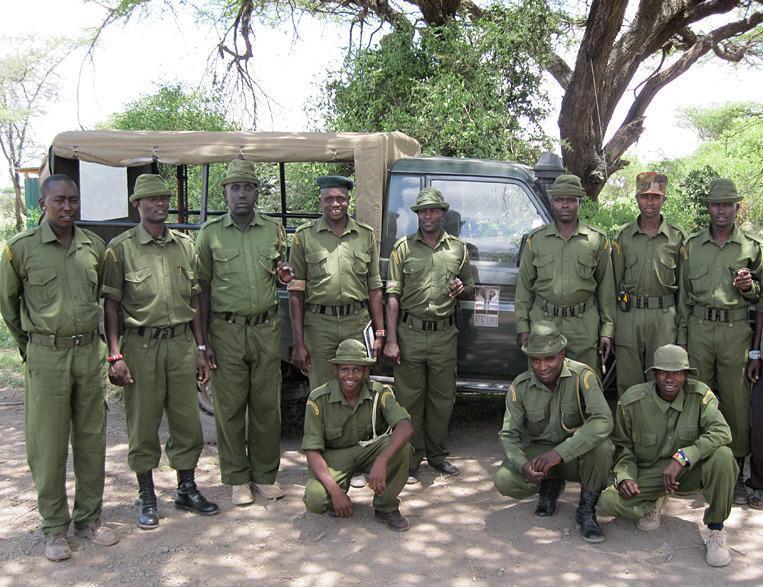 The Big Life Game Rangers have a tough job, routine day patrols, night patrols, spending night after night in ambushes which more often than not don't come to anything, taking on armed and dangerous poachers and so on. I try and praise them where I can to keep morale up, but often feel they don't get the recognition they deserve.

But last week they received the best recognition possible, which also made me proud. The Kenya Wildlife Service director, Dr. Julius Kipn'getich, visited Amboseli to meet all the stakeholders in the ecosystem. In his speech he congratulated the rangers, saying that without doubt, they were the best community rangers in Kenya. He said that the results of their work spoke for themselves, as there were no other areas in Kenya, policed by community rangers, that had so few incidents of bush meat and elephant poaching.

Admittedly, our rangers are better equipped than most, and receive the support required to make the job easier, but still, this accolade makes us all proud.