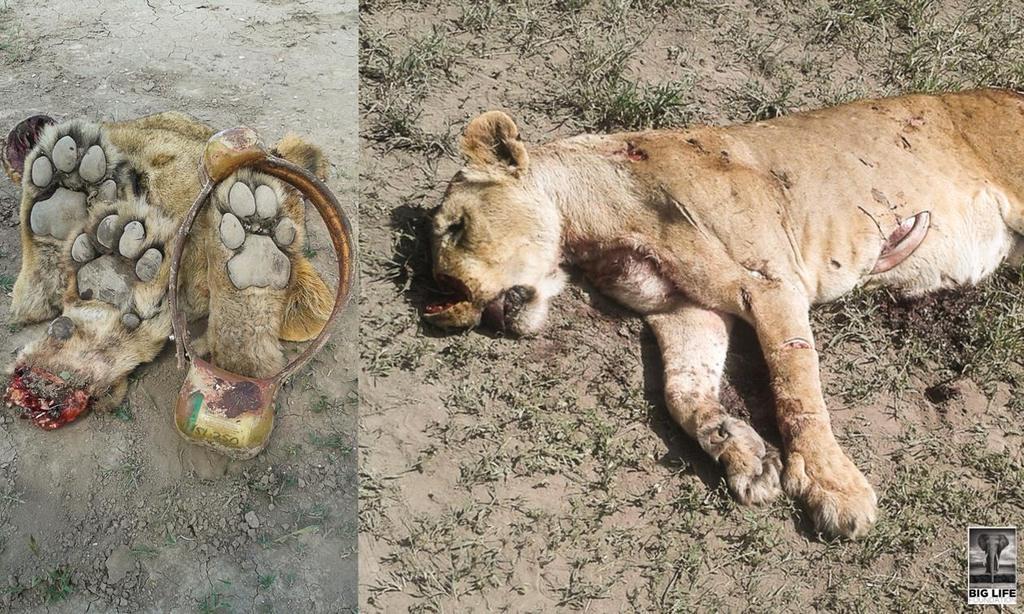 It’s a simple equation. And we are seeing the repeated results in the Enduimet Wildlife Management Area of Tanzania. Two lions are dead this year already, speared after killing livestock, bringing the total to an estimated 34 lions killed since 2009.

This is in stark contrast to the situation across the border in Kenya. NO LIONS have been killed this year by communities participating in the Big Life compensation scheme, which protects all predators over an area of approximately 700,000 acres. Only two lions were killed in 2014, following three years of no deaths.

Our solution makes perfect sense to livestock owners. If you can prove that a wild animal killed your livestock, Big Life will pay you a percentage of the value of that livestock. BUT, if a predator is killed in your area, then neither you nor anyone in your community gets paid for a two-month period. It’s an agreement that keeps livestock owners happy, and lions alive.

Working together with Lion Guardians, our lion conservation efforts have been remarkably successful. But we desperately need to expand compensation to protect predators as they move into neighbouring areas, as well as consolidate the existing program in Amboseli.

You can help to keep lions and other predators alive, please take the time to donate to the Predator Compensation Fund at www.biglife.org/donations.