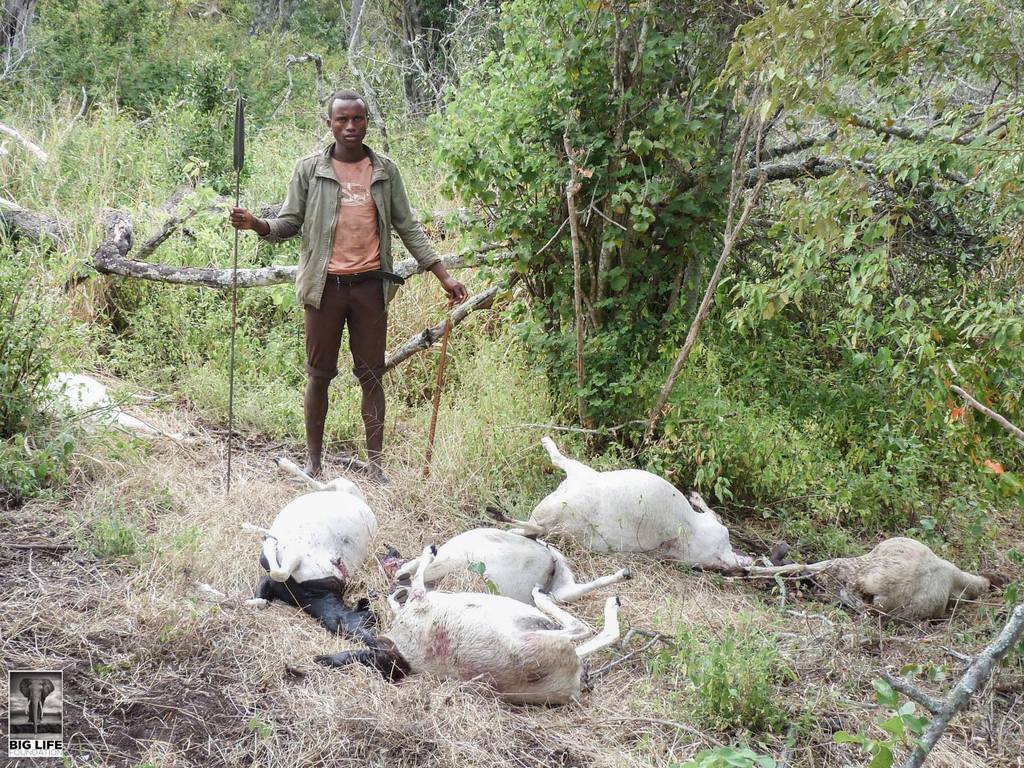 Killing frenzies have happened before, and they will undoubtedly happen again.

In this case a pride of lions discovered 134 goats lost in a forest, and all hell broke lose. The result was at least 53 dead livestock.

You might say that it was the livestock owner’s fault. The livestock owner might counter that if lions were exterminated then he wouldn’t have this problem. It’s the same equation that has driven large predators to extinction all over the world, why should African communities play by different rules?

Yes, lions might create broad community benefits through revenue streams such as tourism, but these certainly don’t reach all individuals. And that’s why Big Life’s livestock compensation program is such a powerful tool; it is directed at the individual at his or her time of loss.

During the claim verification process it became obvious that the goats were lost, and the owner went as far as admitting that it was his fault for not taking better care of his livestock. The result is that he only receives 50% of the compensation value, which will hopefully motivate him to take better care in future.

To the rest of the world lions are revered predators, but to local communities they are largely a nuisance. If the global community values these cats then it needs to support ways of reducing the costs of living with them, or be prepared to lose them. If you would like to support Big Life’s highly successful efforts to do this in the Amboseli ecosystem please consider a donation to the compensation program on our website.