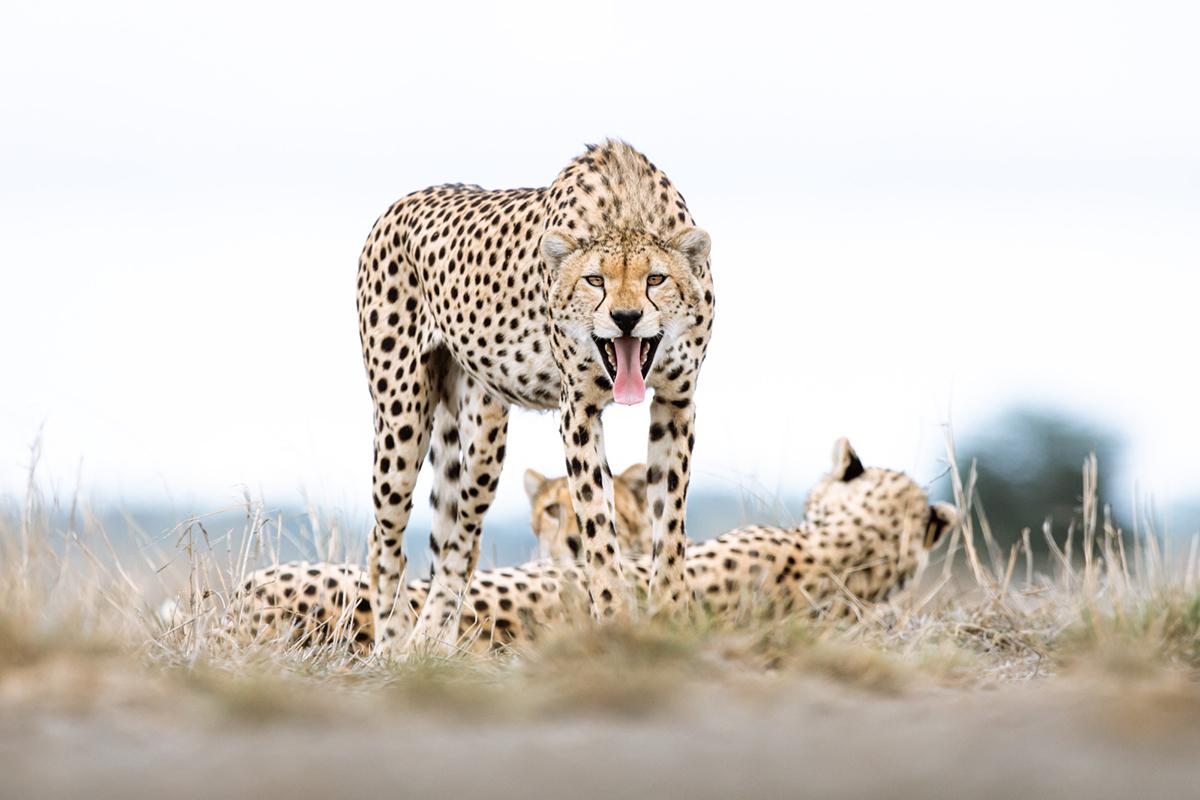 “Lions will fight, hyenas will run, and leopards will hide, but killing cheetahs is easy. It’s a game for boys and their dogs.” - Maasai elder

The cheetah is the fastest animal on land, but it’s a creature that has evolved to hunt, not to flee. And given that this is an animal that frequently kills livestock, there is no shortage of people that would be happy to send their boys after them.

Cheetah also need vast amounts of space to survive. Individual home ranges in excess of 3,000 km2 have been recorded, and scientists estimate that a viable cheetah population needs 4,000 – 8,000 km2 of contiguous suitable habitat. There are not many protected areas of that size remaining in Africa. As a result, 77% of the global population is believed to roam outside of protected areas.

With as few as 7,100 cheetahs alive on the planet, what arises is a conservation conundrum. It is clear that protected areas alone will not save the species, because it is outside of protected areas where the animals come into frequent conflict with humans.

Big Life has a solution, the Predator Compensation Fund. We pay pastoralists a portion of their economic losses to wild predators, provided that they can prove to us the circumstances of the death and predator involved, and so long as no predators are killed in retaliation.

Through October this year we have compensated for a total of 319 livestock killed by cheetah, with an estimated associated economic loss of $20,750. After penalties for poor husbandry, Big Life has paid livestock owners $13,256 (64%) of this amount.

Despite these losses, we haven’t recorded a single cheetah death across the areas where we run the program.

There are many other threats to cheetah, including loss of habitat, poaching for body parts, and the illegal wildlife trade. We are also working on these issues, by leasing land for wildlife conservation and running intelligence networks aimed at dismantling local wildlife trade networks.

As human populations continue to grow and expand across Africa, it is crucial that we develop incentives to keep habitat available for cheetah, and mechanisms to mitigate conflict between this elegant predator and humans. There is much to do, but here in Amboseli on International Cheetah Day, we feel like we’re on the right track.

We’re grateful, as always, for your support.