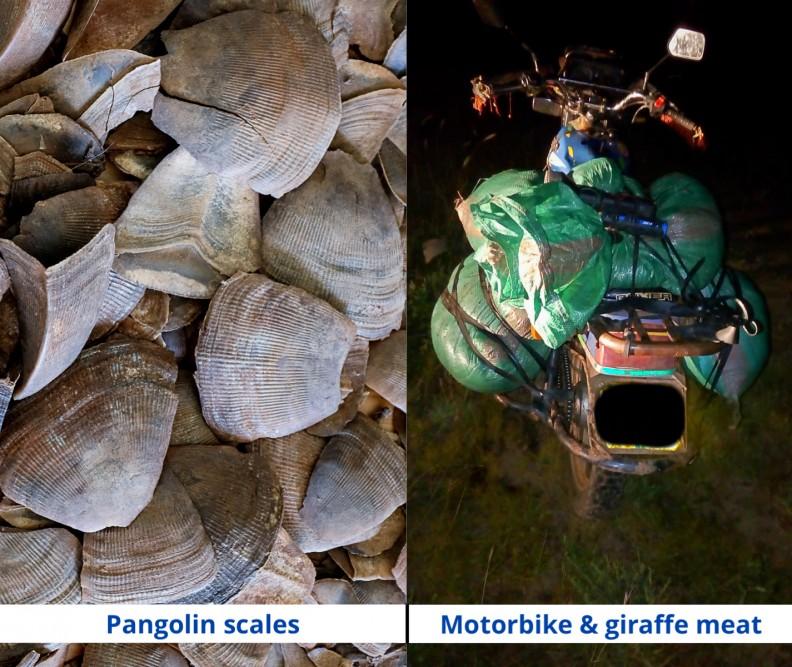 It was the 24th day of December. As people around the world prepared for their Christmas celebrations, four groups of men across southern Kenya were making plans of a different sort.

The first had two hundred pangolin scales for sale. The second, eleven dik-dik antelope carcasses ready for delivery to bushmeat markets. The third and fourth groups both had killing on the mind, and giraffes were the target.

All planned to take advantage of what they expected to be lax anti-poaching and law enforcement over the Christmas period. It was an error of judgement.

Working with the Kenya Wildlife Service, in two different regions outside of our core area of operation, Big Life intelligence officers set-up the busts that caught the pangolin scale sellers and dik-dik poachers. Six people were arrested.

Back in the Amboseli area, Big Life’s USAID-funded mobile ranger unit on Eselengei Group Ranch had been tipped off about an incoming pair of giraffe poachers. The rangers knew enough to be in the right area, but unfortunately not enough to save the giraffe. The poachers thought they had gotten away with it but rode straight into the waiting ambush, on a motorbike loaded with 200 kg of giraffe meat.

In the last incident on this eventful day, Big Life rangers came across human footprints while on a routine patrol. Not far away they found the butchered carcass of a giraffe, with only the skin remaining. The rangers tracked two men leaving the scene, but lost them into an area disturbed by other human and livestock traffic. This was the only group that got away, for now, but our intelligence network is hard at work to ensure that we catch them.

All of these successes are a result of incredibly hard work done behind the scenes by the men and women of Big Life. A huge thank you to all of our dedicated rangers who manned their posts while much of the world was on holiday, and to our donors and supporters who make it all possible.