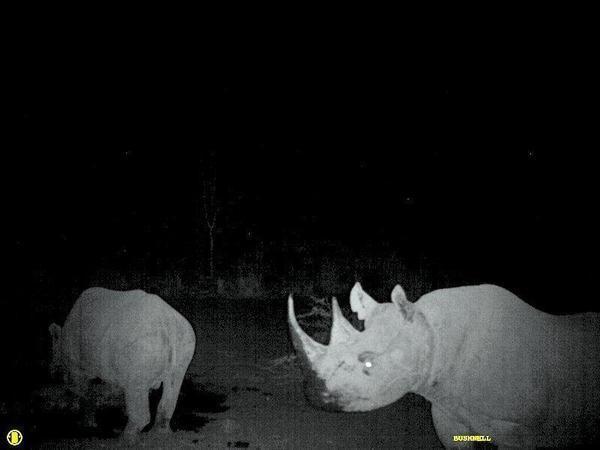 The last month has been hectic, with so much going on there has been little time to post what what the Big Life rangers have been doing. As an indicator this is what happened yesterday.

Early morning call up, two rifle shots heard at Elerai - that’s just outside Amboseli National Park on the shoulders of Kilimanjaro. A joint team of Kenya Wildlife Service and Big Life rangers are rushed to the scene to support the Satao Elerai rangers whilst the Big Life team from across the border come in to make a cut off. Later,they call in to say they are on the tracks of 4 people, a little later they have found 2 spent heavy rifle cartridges and the tracks of an elephant running. The team splits, one following the wounded elephant and another following the poacher's tracks. By nightfall the Elephant is still not found but the poacher's tracks have led the rangers to a village close to the Tanzanian border. They wait for darkness and close in, as they do so the village dogs bark and come rushing out attacking the rangers and in the pandemonium the poachers flee into the darkness and across the border into Tanzania. Not a good outcome, but we have names.

Whilst all this is going on some good news - one of the camera traps set in the Rhino area have caught pictures of 3 different Rhino. That’s a record, 3 individuals in one night!!

The next action is that informers have information that a known poacher on eastern Chyulu has been seen cleaning a rifle at his homestead. Again a joint KWS and Big life team rush there. They raid the homestead but no sign of a rifle, the suspect is currently being interrogated.

Not far away the Chyulu unit are in ambush for a group of wood carvers who had gone into the park to cut wood, They arrest them as they come out of the park, in addition to the hardwoods they are carrying they have snares which they use to catch antelope while they are collecting wood.

As if this is not enough for one day, Rombo outpost calls in to say that they have caught a poacher who had just killed an Impala.