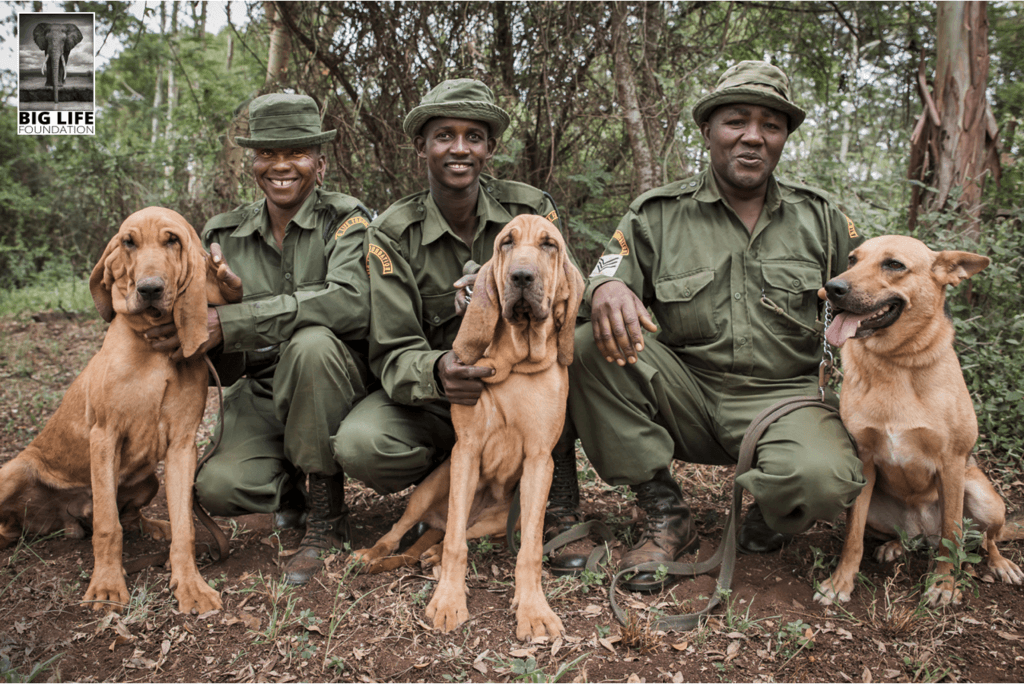 When a bloodhound chooses a direction, the handler has little choice but to follow. As the team closes in on the target, the scents get stronger and the dog grows more confident, pulling ever harder at the leash. By the end, it can be a flat out sprint, handler and dog intent on a single outcome.

This scene plays out every day at Big Life in Kenya, where a team of community rangers trains and cares for a team of three anti-poaching sniffer dogs. Bonnie and Clyde are bloodhounds, bred for the purpose and just entering adulthood and their prime. Didi, originally rescued from a dog shelter in Nairobi, is the experienced member leading the team.

Tracking is a game for these dogs, and they practice every day to exercise and stay sharp. It’s impossible to predict when their skills might be called on, or for what. In the last 6 months, the team has tracked rhino poachers before they could kill, tracked three game meat poachers to their homes, assisted in the tracking and identification of a man suspected to have poisoned two lions, and tracked and caught three illegal harvesters of sandalwood (a valuable local tree).

But their work extends beyond solving wildlife crimes, and the assistance that they provide to the community makes them local heroes. They also found and rescued two young children who got lost in dense bush while herding goats, as well as an elderly man who got lost in a National Park on his way home.

The Big Life dog unit remains a critical component of Big Life’s overall strategy for controlling wildlife poaching in Amboseli, and their presence alone is a huge deterrent to poachers. These dogs have raised the stakes of illegal killing, and many poachers just aren’t willing to take the risk.