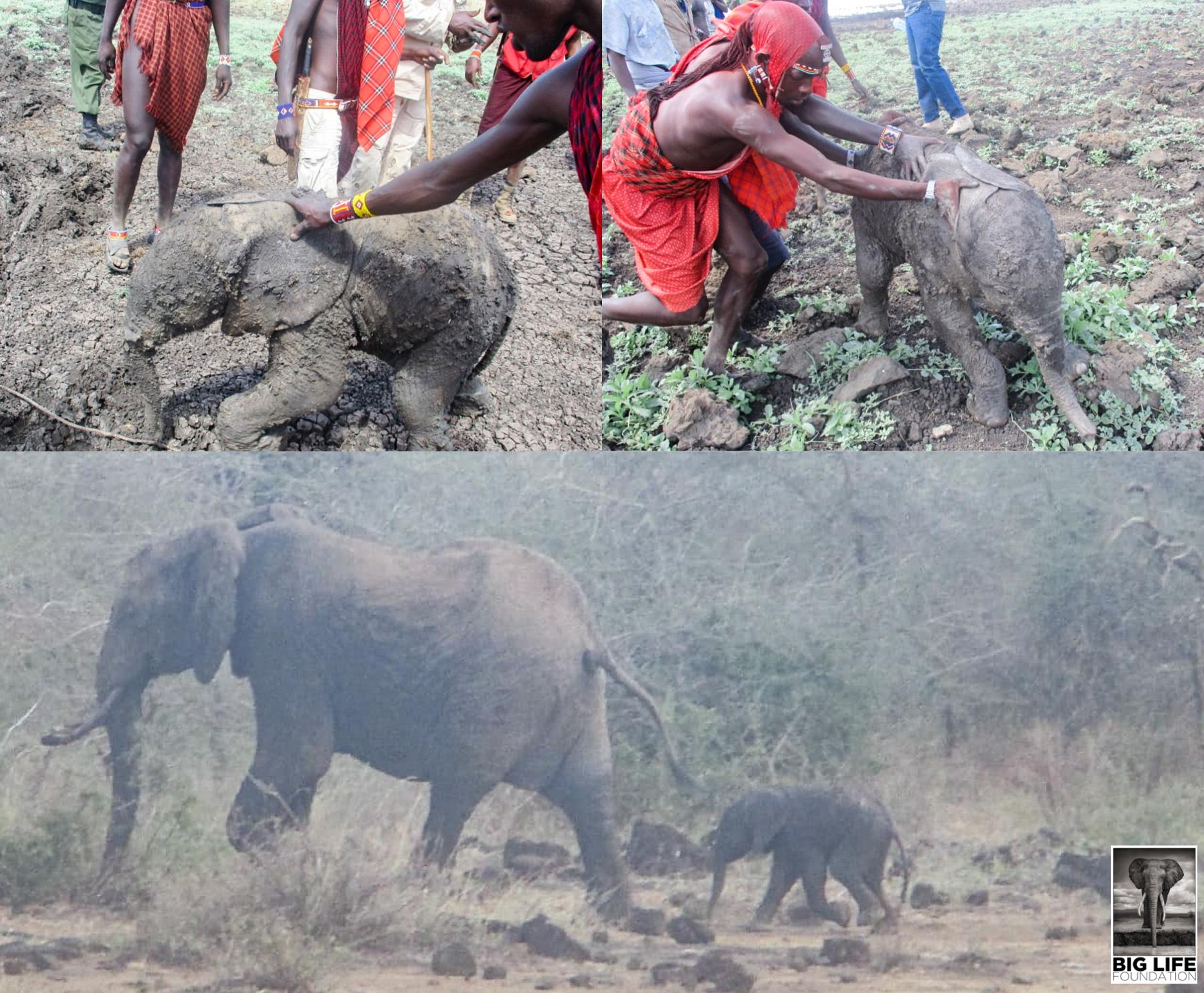 It’s the first rule of the bush: don’t mess with an angry elephant mother.

The herders who found her were wise to keep their distance, but got just close enough to see what was causing her distress. It was her calf, stuck in the mud on the edge of a seasonal lake, and she was unable to pull the baby elephant out.

This happens from time to time, when a youngster pushes the boundaries too far, not having the experience to know how dangerous a situation can be. The herders called Big Life, and we immediately sent our Super Cub aircraft to get a better sense of the scene.

A rescue was possible, but the mother would be problematic. She would have no idea that we were trying to help, and would not tolerate anyone approaching her calf. As we so often do, we called on the Sheldrick Wildlife Trust helicopter, hoping that it could be used to chase her off for long enough to rescue her calf from the mud.

While the rangers waited for the chopper, some decided to take a chance, slowly approaching the mother to see how she would react. They got closer, pushing her gently away. Eventually, she was far away enough to give them a gap. The rangers waded into the mud, and working with local community members, managed to wrestle the calf back onto solid footing.

It was a tiny thing, maybe six-months-old, which they guided back toward the mother. As they got closer the mother seemed to realize what was happening and came forward, and the calf ran the small distance remaining between them, reunited at last.

Together, they moved back into the bush, the rangers and community members went about their business, and a potentially deadly crisis was averted. The next day, rangers tracked the mother and calf and found them reunited with their small family group, relaxed and browsing contentedly.

This is an example of why Big Life’s conservation model works so well. We are an integral part of the local community, and the herders wasted no time in calling. We have the resources to react immediately. And the result is what we all love: a happy ending.