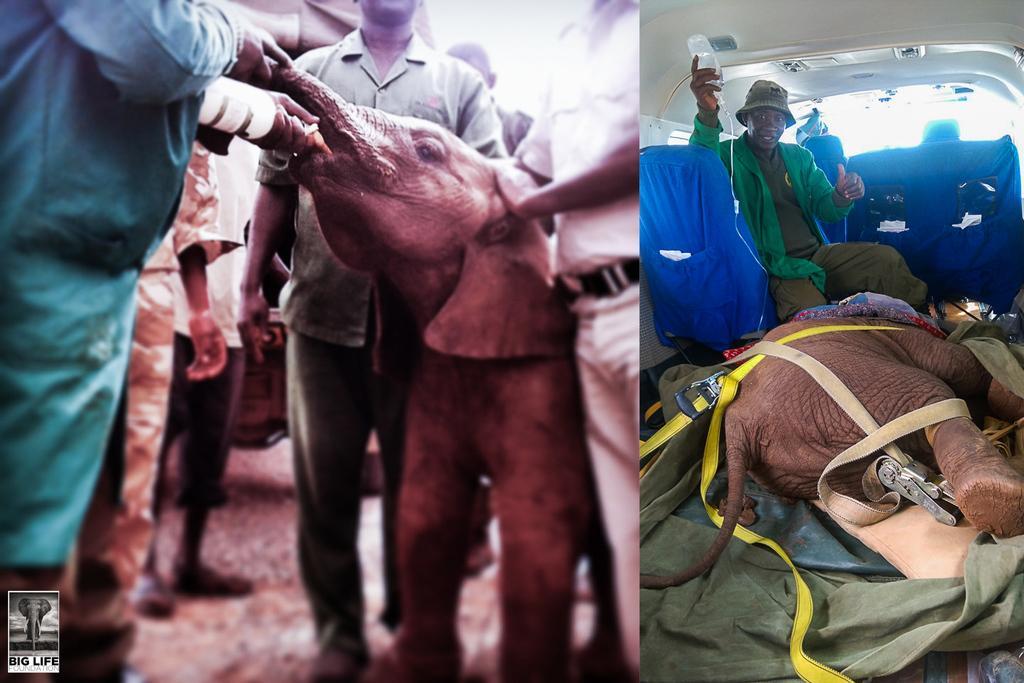 The rains bring life to Amboseli, but they also turn it into a network of muddy boobytraps. Constant churning by wildlife and livestock turns shallow pans and waterholes into slippery quagmires, and one of these nearly cost a baby elephant his life over the weekend.

On Saturday evening the Big Life radio room received a worrying message from an Amboseli Elephant Trust (ATE) elephant scout - there was a very young elephant calf stuck in a muddy waterhole. Two Big Life mobile (vehicle-based) ranger teams converged immediately with the intention of freeing the calf in the hope that he would reunite with his mother.

By the time the ranger teams arrived the plucky little elephant had struggled free and headed off into the rapidly descending darkness.  The rangers started tracking the baby, but lost the muddy trail in the dark. Splitting up, they searched the area and finally picked up the elephant with car headlights at around 9pm.

The teams stayed with him for another half an hour, but he was younger than originally thought and clearly had no idea which way his family had gone, or what to do about it. With little hope of a reunion, and a chance that he wouldn’t survive the night, the rangers made the decision to catch him.

A ranger spent the night with him in a room at nearby Oltukai Lodge, and early the next morning staff from Big Life, KWS, ATE and Oltukai lodge moved him to the Amboseli airstrip. They were met there by the fantastic team from David Sheldrick Wildlife Trust (DSWT) who immediately knew how to calm the calf. With huge thanks to this whole team, this little elephant will join a new herd at the Nairobi orphanage, and we hope that in time he will rejoin his wild counterparts through the DSWT release program.