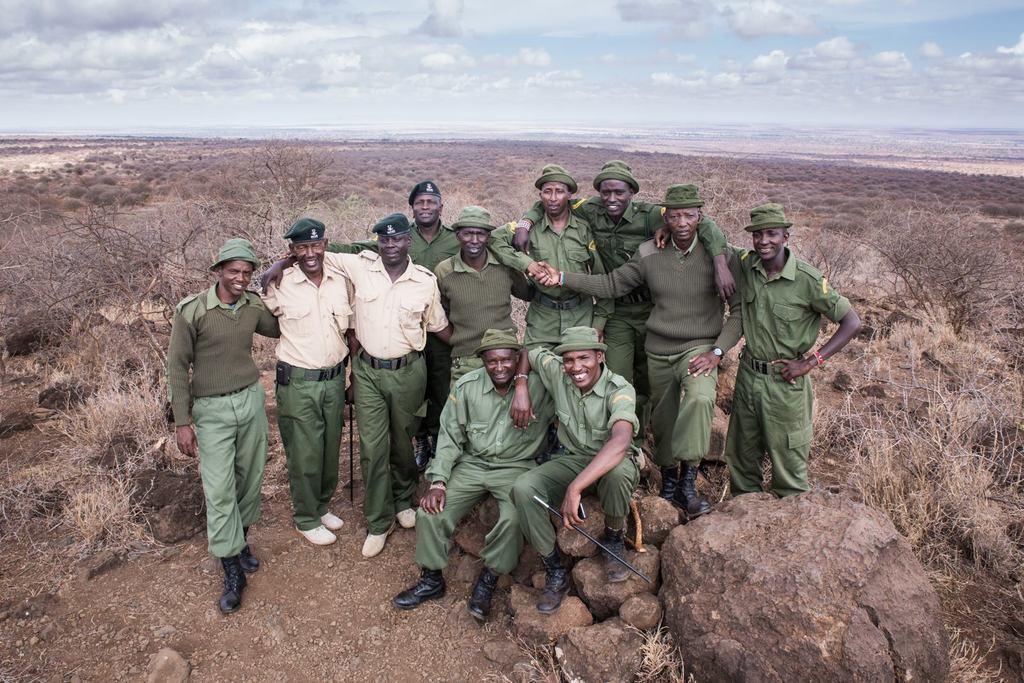 Water. Most of the western world turns on a tap and takes the resulting stream for granted. Here in Amboseli, rainfall dictates everything, and the consequences of poor rainfall weave their way through everything in turn. For example, we experienced a peak in bushmeat poaching in March of this year, thought to be a result of farm labourers turned to poaching to bring home some income during a time of massive crop failure. The crop failure has been fairly widespread, and it is particularly hard to watch communities that are struggling with these issues, and then having to manage hungry crop-raiding wildlife on top of it.

Thankfully, the first 45 km of fencing that we have been working on to help address human-elephant conflict is almost complete, and will be done within the next couple of months. The design, a short and solid electrified fence, already appears to packing an effective punch as we are seeing a reduced number of elephant incursions into the croplands behind the fence. It’s a promising start, but we still have a long way to go before we have brokered a peace between farmers and elephants across the ecosystem.

On the elephant front, it’s another quarter gone by without a single confirmed case of elephant poaching, and a recent study suggests that the market price of ivory is waning in the east. This is hugely encouraging, but for now the trade is alive and well. Big Life’s increasingly active intelligence unit is doing what they can to put a stop to it in this region, and over this quarter their work led to the arrest of 11 ivory dealers, some of which were far outside our core area of operation.

Unfortunately, these and many other wildlife criminals are still slipping through the legal system, sometimes because of technicalities and other times because of failure to collect evidence in the correct manner. We are going to be addressing this immediately with targeted trainings, and this is another positive outcome of our process of monitoring the prosecution process.

As always, all of this and much more is detailed in the following quarterly report. There is so much happening in Amboseli at the moment, highlighting ongoing challenges but identifying big steps forward as well. Thank you as always for your support, without which, none of this would be possible.