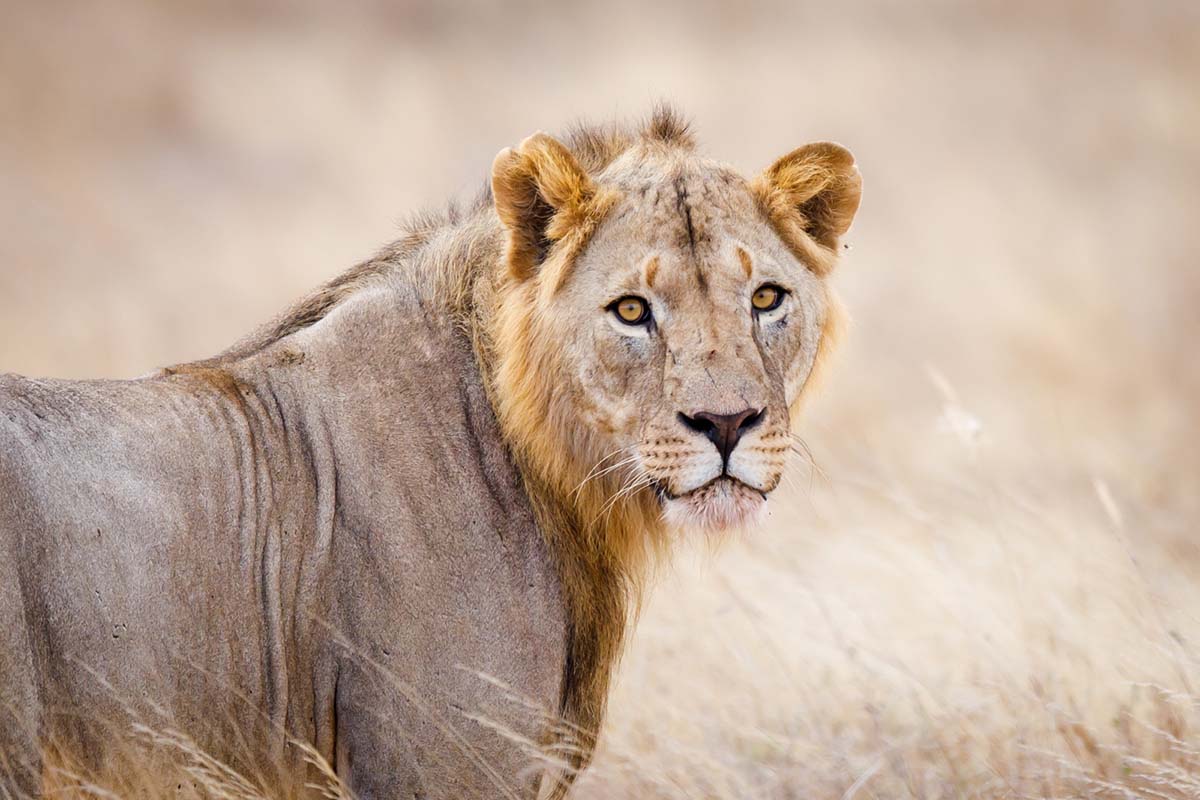 No one likes to be a stranger. In the wrong neighborhood, it can be downright dangerous, particularly if you’re a male lion.

Lions are highly social cats, with strong bonds that span multiple generations in a single pride. It’s a cozy family picture until young males start to mature at 2-3 years, at which point life takes an unpleasant turn for them. Dad senses the increasing testosterone levels and kicks them not just out of the pride, but out of the territory entirely.

These young lions either end up alone or in small bachelor groups, trying to hunt for themselves and avoiding the territories of other dominant males. They often resort to killing livestock (much easier than wild prey), and in so doing come into conflict with human communities. Few survive this period, but the ones that do are important.

Sarng'ab (which means mud in Maasai, named by Lion Guardians after a particularly wet search for him) pictured here is one of the survivors. He was born on the western side of Amboseli National Park almost 6 years ago, but the Lion Guardians have since identified him in the Kimana Sanctuary, and more recently from this photo which was taken 70 km from where he grew up.

He was with a lioness at the time, and has perhaps found some space and an opportunity to build a pride of his own. He won’t know it, but Big Life is working to protect him from human threats as he moves, through the efforts of our community rangers and Predator Compensation Fund (PCF), which softened the economic loss for the owners of the cows that he killed.

Two decades ago, the Amboseli lion population was headed for local extinction, and in response Big Life worked with local community leaders to engineer the solution: PCF. The lion killing stopped almost immediately after starting the program, and it’s been a stunning turnaround since then. Our partners at Lion Guardians have monitored a dramatic increase in the Amboseli lion population density to more than seven times what it was 15 years ago.

It’s a demonstration that community-focused conservation solutions can create space for one of Africa’s most threatened and iconic species.

Could you ask for better news on World Lion Day?