A LION IS DEAD, NOW WHAT? 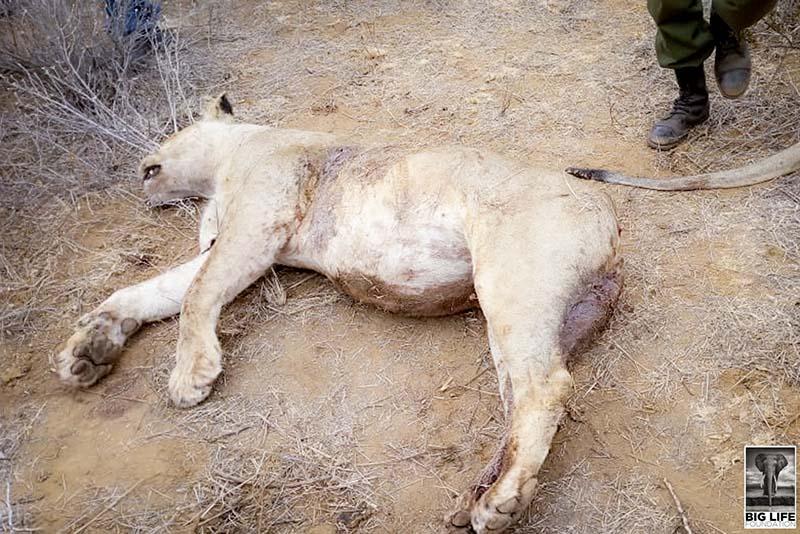 There is one less lion in Africa.

It’s a familiar story; two cow calves were separated from their herd during a day of grazing in the thick bush. A group of warriors went out to look for them, but the lions got there first. Enraged, the warriors took off after the lion tracks and killed one lioness with spears, as retribution for the loss of their cows.

This happened on Eselengei Group Ranch, where Big Life recently initiated our Predator Compensation Fund (PCF). The agreement was standard for the PCF program, with commitments from both the community and Big Life.

Big Life agrees to manage a program that will pay livestock owners a portion of their verified losses to predators. The community pays 30% of the compensation costs. There are penalties for non-performance, which includes bad livestock husbandry and the retaliatory killing of predators.

We are approaching one-year since the PCF agreement was completed, and this is the first lion that has been killed by a member of the Eselengei community in retaliation for livestock predation since then.

So, now what? It’s always a test. Communities will gladly accept compensation, but enforcing penalties is never as palatable.

The death of the lion sparked a series of meetings between all stakeholders to evaluate what happened and what should be done in response. After much discussion, the final decision adheres to and honors the PCF agreement. The community will pay a fine equivalent to 6 cows, and the community members living in the area where the lion was killed will not receive compensation payments for a two-month period.

Lions have been killed in the past, and will likely be killed again in future. The response following each death has an important impact on the chances of it happening again. In this case, the community will respect the agreement that governs Big Life’s livestock compensation payments. Aside from that lion still being alive today, we could not ask for more.