When 'In Vogue' Means 'In Trouble' 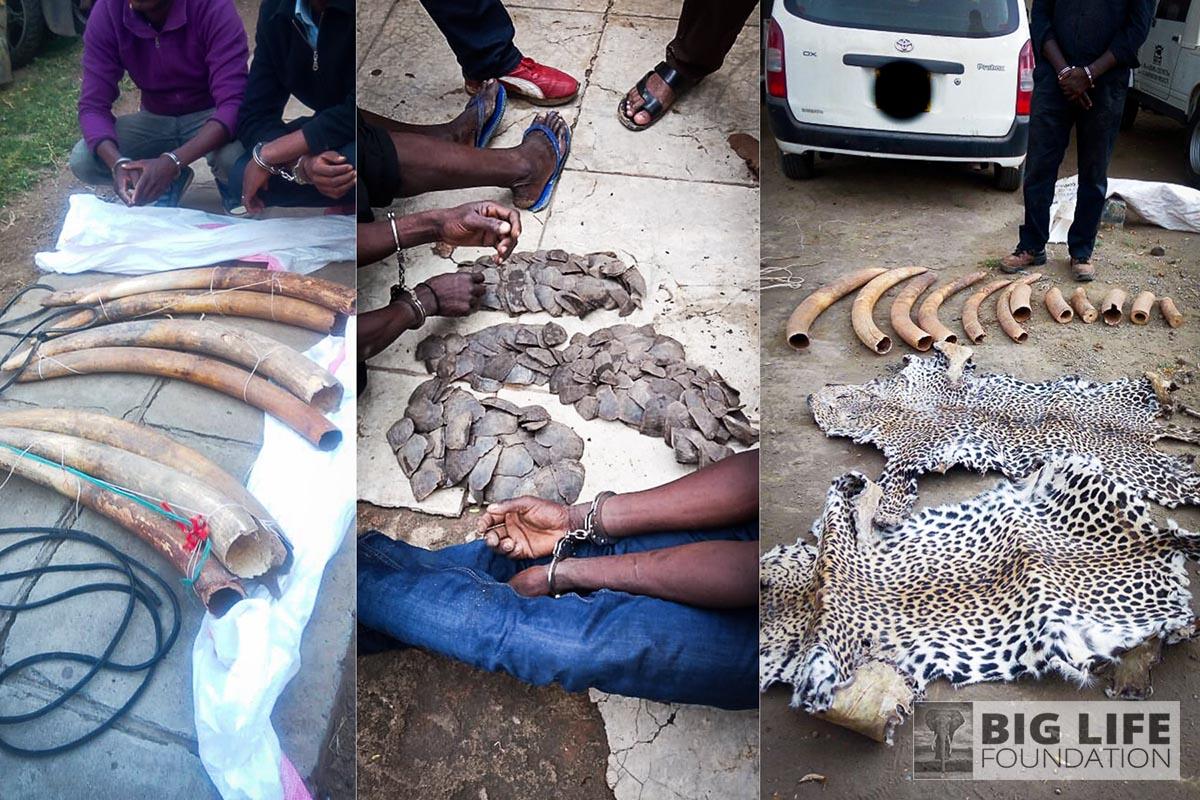 There are two kinds of wildlife products: those that satisfy a human need, such as animals killed for food, and those that are the equivalent of luxury brands. The things that no-one really needs, but many want to have.

Some of these luxury wildlife products come and go, as fleeting as clothing fashion, but there are three unfortunate species that the world seemingly can’t get enough of: elephant, leopard, and pangolin. Ivory, skins, and scales.

These products pop up time and time again in the frequent busts that happen as a result of Big Life’s intelligence work, and right now it feels like there must be a shopping spree going on somewhere.

In the last month, Big Life’s intelligence team, in partnership with Kenya Wildlife Service’s law enforcement, have made six significant busts across Kenya, some of which required months of investigation and planning.

The result was the confiscation of 244 kg (540 lb) of ivory, three leopard skins, and about 4 kg (9 lb) of pangolin scales. Thirteen people have been arrested, and Big Life will now follow their cases to ensure that each suspect is prosecuted to the fullest extent of the law.

When it comes to the illegal wildlife trade, less is more. While each arrest and confiscation represents a blow to the trade, it’s also an ongoing reminder that it is still happening. In 2017, Big Life assisted with the confiscation of more than one ton of ivory. In just one month, we have recovered almost a quarter of that. We would prefer not to break last year’s record, because confiscated ivory means dead elephants, but right now it looks like we may be heading that way.