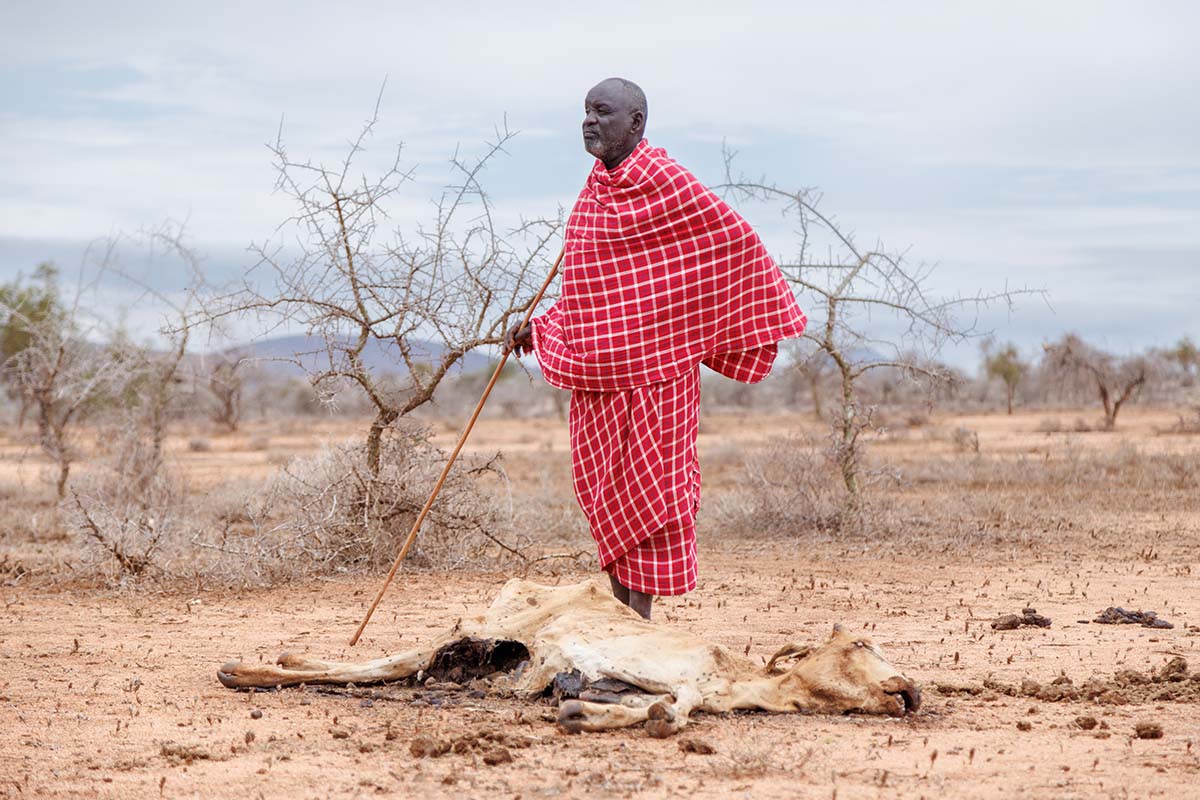 There is a pattern in Kenya: where the cows are is often where the wildlife is.

That’s because livestock and wildlife have the same needs: grasslands and water. Were it not for the fact that Amboseli’s predominant local community – the Maasai – are traditionally livestock keepers, much of the famed wildlife of the ecosystem would long ago have been replaced with other forms of human industry and development.

But the shared fortunes of cows and wildlife go both ways, and the ongoing drought in Amboseli is having a devastating impact on all animals.

The Amboseli Conservation Program estimates that 25% of all cattle had already died by the start of December. Following the recent failure of the ‘short-rains’ season, that number is climbing. People are watching their wealth die around them. Milk yields have dried up. Many have lost their only income source.

Some of the indirect impacts are long-lasting and even more dire. Those who have lost everything may decide they must sell their land, opting for short-term cash but leaving nothing to survive on in future. Others may turn to unsustainable crop-farming, and the destruction of natural habitats that comes with it, like we saw after the last major drought in 2009 when more than half of the area’s livestock perished.

Things will certainly get worse over the coming months. We will continue to support our partner communities and expect a need to extend our school-feeding and community work programs.

The situation also reinforces why it’s so critical to preserve healthy natural spaces, even as Amboseli’s communal lands subdivide. Leasing land for conservation will benefit landowners, their cows, AND Amboseli’s elephants and other wildlife. Because what’s good for the cow is good for the elephant.