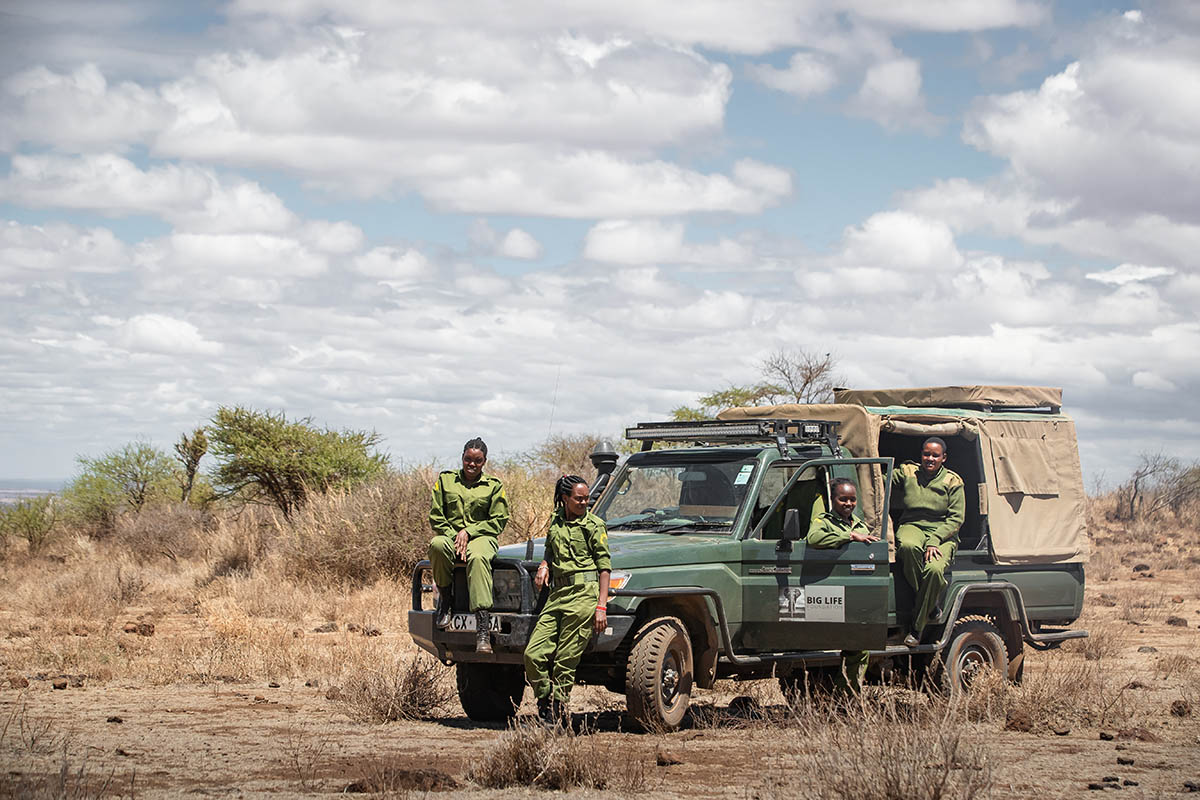 In the fight against wildlife poaching, there is no weapon as effective as a human being. And Big Life’s female rangers are proving that they can do the job just as well as their male counterparts, as one bushmeat poacher recently discovered the hard way.

Each Big Life ranger has their own intelligence network including families, friends, and neighbors, all of whom are eyes and ears on the look-out for threats to wildlife. And women’s social networks are different than men’s.

In this case, information about a bushmeat poacher reached Big Life’s female ranger unit operating in the Kimana Conservancies. Following the tip, the team tracked the suspect to his farm where they worked with the Kenya Wildlife Service to arrest him. Three snares were recovered, along with meat from a dead Thompson’s Gazelle.

Conservation and anti-poaching work has traditionally been dominated by men but these women, alongside the many others working as rangers in Africa, are showing their own communities (and the world) that protecting wildlife is everyone’s business.