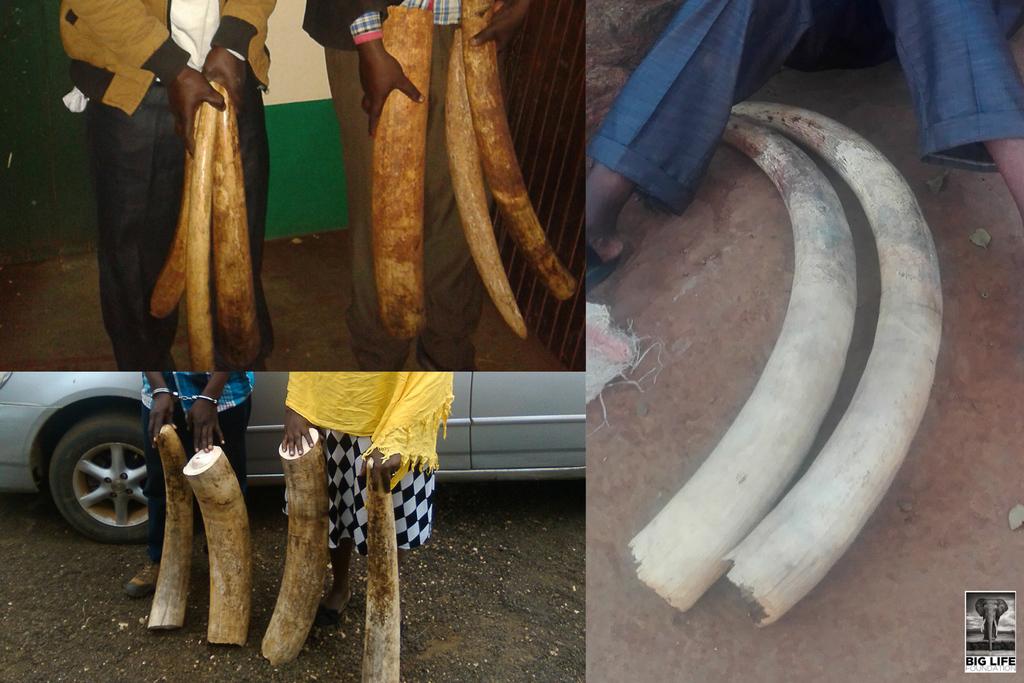 At what point does a poacher decide the stakes are too high? Is there a minimum amount of money below which they won’t kill an elephant?

If there is, that price point may be shifting. The reports all say that the price of ivory is falling internationally. And it seems to be true here in Kenya as well; our investigations have shown a drop of between 30-40% from peak prices a few years ago.

But elephants are still dying.

We know that because we’re still catching people profiting from the trade of their ivory. Over the last month, Big Life intelligence officers have worked with KWS law enforcement to carry out four different sting operations, leading to the arrest of ten people and the recovery of 150 kg of ivory. 100 kg of this came from just two elephants, both of which would have been impressive animals in their prime.

As far as we can tell, none of this ivory is from Amboseli; it is being traded along the main road that links Nairobi and the coastal port city of Mombasa. It is a growing area of focus for Big Life, particularly on the intelligence front. We have seen that as long as there is any sort of value attached to ivory, there is likely to be a trade, and one of the best ways to disrupt trade is to catch the dealers that facilitate it.