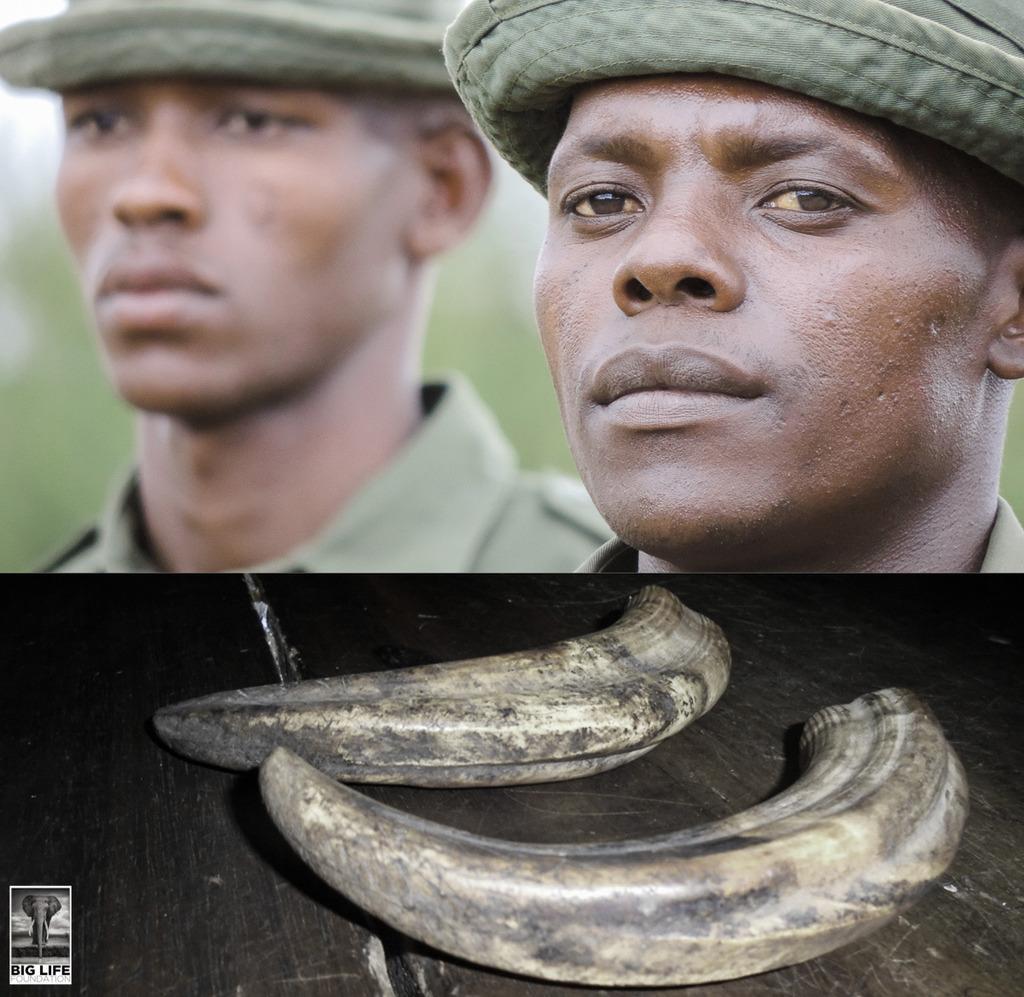 Once again, we can trace a success back to a piece of community information. The tip-off came in a week ago, to our combined Big Life-KWS unit operating in the Chyulu Hills National Park.

It started small: illegal wood carvers entering the park, a common but minor offense. However, once arrested these men had some major information: in March an elephant was poisoned and its tusks hacked off, and the carvers knew who was responsible.

Together with KWS, our men followed this information to the suspects' village, and had no trouble apprehending two of them. The men admitted to removing and selling the tusks. We are trying to determine whether they were responsible for the killing as well.

This area has been identified as a hotspot for wildlife crime: the proximity of the local community and easy access by the Mombasa road make it a relatively simple matter to poach wildlife and trade the products.

Our upcoming rapid response unit will be a major boost for us to increase coverage of this area, where we already have an operating intelligence network.

As evidence of this, a week before the ivory arrest we conducted a successful undercover sting operation nearby (also based on community tip-off) that resulted in the arrest of two illegal traders with a haul of hippo teeth and warthog tusks.

Although these may seem insignificant, someone dealing in warthog tusks one day may be dealing in ivory the next. The only way to stop it is to take the whole system to pieces.