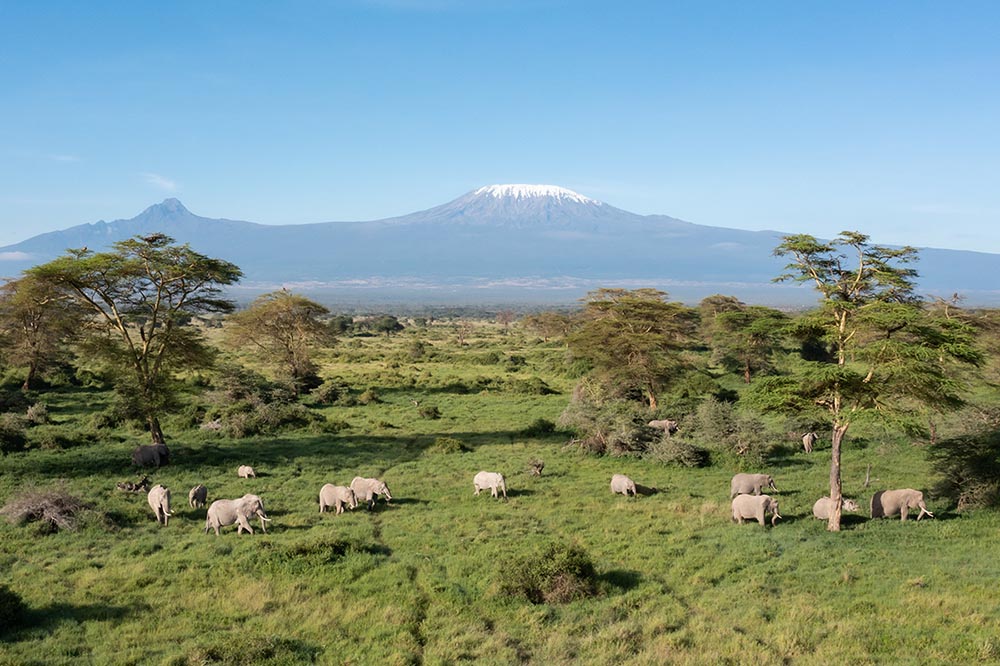 Some days we take small steps, other days they’re more like jumps. Today we’re very excited to announce a jump.

You might be familiar with the Kimana Sanctuary. Right in the heart of the Amboseli ecosystem, it is a critical link in one of the last corridors for elephants and other animals to move between Amboseli National Park and the Tsavo ecosystem.

The Sanctuary was created in 1996 as one of the first community-owned wildlife sanctuaries in East Africa, but mismanagement of early tourism enterprises led to their failure. For more than a decade the Sanctuary stood still, a forgotten paradise that received few visitors.

Conservation-related benefits were minimal, leading to growing impatience among the Sanctuary’s 844 collective landowners. Something needed to change, and in 2018 Big Life and Sheldrick Wildlife Trust took over management of the Sanctuary.

Slowly, we dusted it off and picked it up. We purchased and upgraded the infrastructure through support from the D.N. Batten Foundation and UNDP/Global Environment Facility, but we knew that long-term success depended on increasing income to landowners.

We renovated a guest house, created campsites, and fixed up the road network. Visitors started to trickle in, and then flow. Revenue increased, but still we relied on our partners and donors to fund most of the costs of conserving the Sanctuary.

That is about to change through an exciting partnership with Angama, owners and operators of Angama Mara safari lodge in the Maasai Mara. A sub-lease agreement will give Angama tourism access to the Sanctuary, with resulting revenue streams that will allow Kimana Sanctuary to become self-sufficient, simultaneously covering its own running costs and increasing income to its landowners.

Big Life will retain the head lease and management responsibilities, and Sheldrick Wildlife Trust will continue its support through funding for community rangers (until such time that these costs can be covered by tourism revenue), alongside the financing of land leases in conservancies elsewhere in the Kimana corridor.

This is truly cause for celebration, a moment that changes the future. It’s a clear example that where wildlife thrives, tourism will follow, creating sustained revenue that can protect important wildlife refuges for years to come.

It’s a model that we will pursue in the other areas where we work across Amboseli, to achieve our goal of building local economies that rely on conservation, not destruction, of nature.