THE YEAR A MAN FIRST STEPPED ON THE MOON 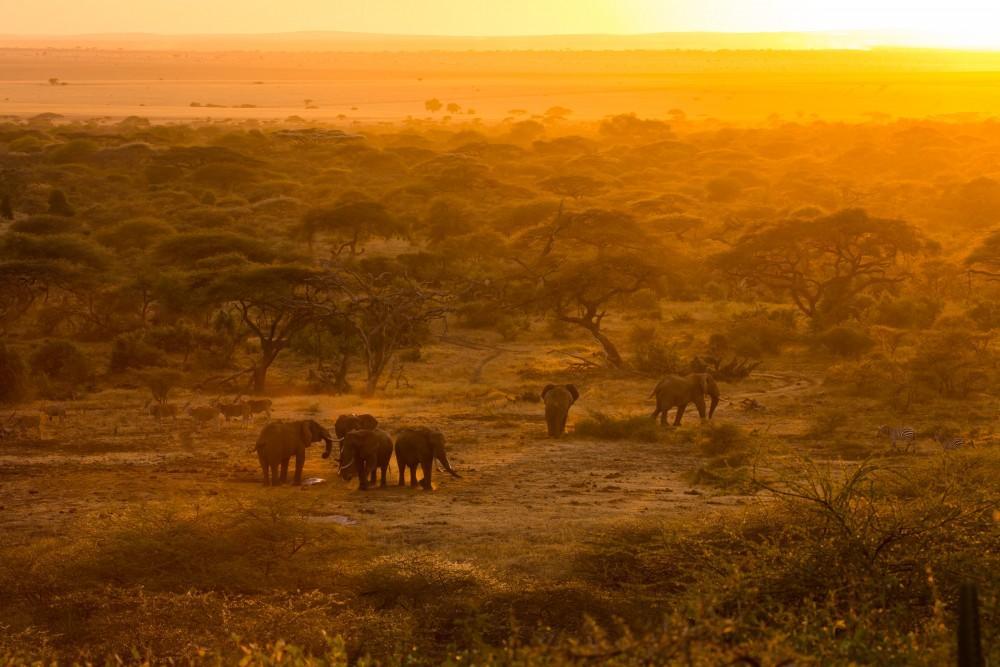 The year is 1969: Neil Armstrong steps onto the moon. The first paying customers step onto a Boeing 747. And an elephant called Tim is born, making his first shaky steps on the African plains.

At the time, Tim was just like any other elephant, a small grey chunk of life completely dependent on his mother Trista for survival.  The world was different when Tim was born. The vast grasslands of Amboseli were interrupted only by lush swamplands. There was space, and there was balance.

Tim’s extended family was 23 strong in the 1970s, when Dr. Cynthia Moss and her team at the Amboseli Trust for Elephants started following the elephants in the Amboseli ecosystem, coming to know them as well as human family. The small Amboseli National Park provided protection for the swamps and food found within its bounds, but elephants and all animals continued to rely on the surrounding Maasai lands for seasonal grazing.

Back then, leaving the park did not mean risking your life.

But changes came, and they were devastating. A wave of poaching swept the continent in the 1970s and 80s. Tim’s family group was hard hit. Three of Tim’s relatives were victims of suspected poaching early on, including the matriarch (family leader).

Tim’s mother Trista was next, speared to death by poachers. Tim was only eight years old when it happened, and would almost certainly have witnessed her horrific death. 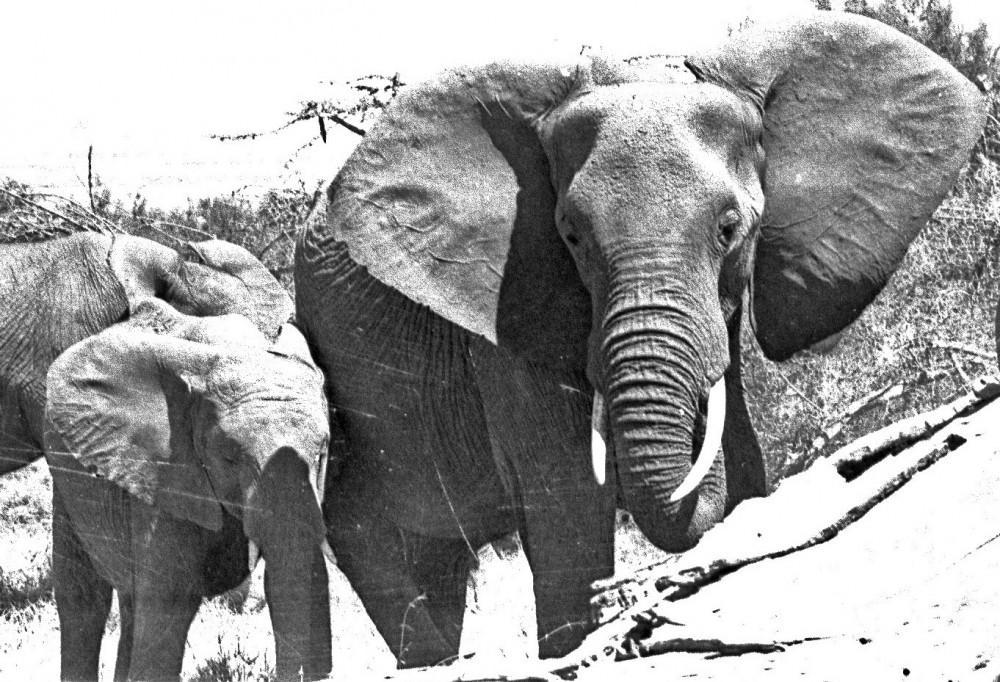 The odds were now against Tim. Elephants who lose their mothers before the age of ten face an increased risk of death right into their twenties.

More family members would die as a result of poaching and human-wildlife conflict over the coming decades, including Tim’s sister Tallulah, who was speared to death in 2003.

As all young bull elephants eventually do, Tim left his family at the age of 15 and headed off into the wider world. All around him, man’s reach inexorably extended its way further and further into his once pristine world —the arrival of a tar road, electricity, farmland, people, and still more people—and with all of this, an ever-growing number of perils. 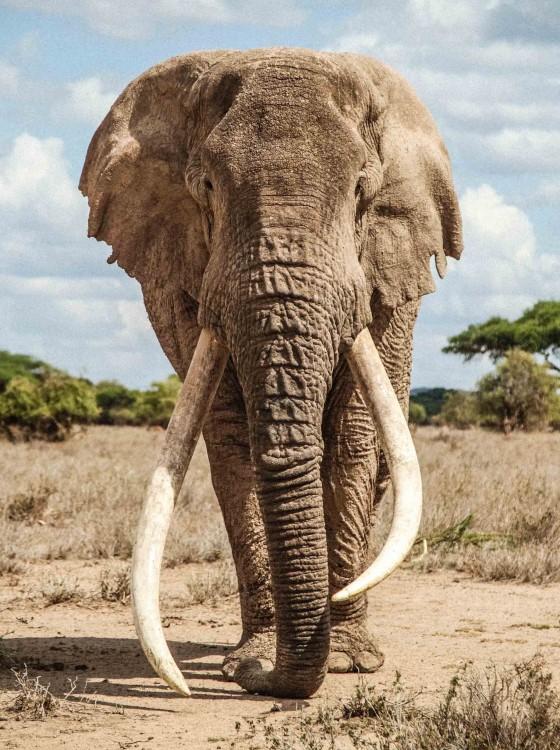 Over the last five decades, Tim has become one of Kenya’s most famous elephants and one of the continent’s last great tuskers, with tusks each weighing in excess of 100 pounds. They are an astounding burden to carry, not least because they make him an incredibly valuable commodity for any poacher.

Tim has seen half a century of changes in Amboseli, and those changes have nearly killed him. Three times he’s been speared by farmers defending their crops against his night-time raids. Thankfully, none have hit a vital organ, with Big Life and our partners rapidly responding to treat his wounds.

It is not Tim’s fault that he is attracted to humans’ crops, nor is it the fault of those who have planted the seeds or thrown spears to protect their livelihoods.

The trouble is this: SPACE.

When Tim was born, the human population of Kenya was 10 million. Today, it’s 50 million. The increasing demands on the land have been dramatic. Much of the swamplands outside Amboseli have been converted into farmland. Unplanned developments are cutting off wildlife migratory corridors. The grasslands are under massive pressure from overgrazing, turning them to barren earth.

If Tim is lucky, and if we continue to do our job well, he could live to walk the plains for another 15 years.

The simple truth is this: Tim, his fellow elephants, and all other animals in the ecosystem are running out of time and space. They need our help to navigate this increasingly complex and rapidly changing environment.

1.7 million acres is a huge area, and we cannot cover it all with the permanent ranger bases. So it falls on the six BIG LIFE MOBILE RANGER UNITS to protect Tim and other animals when they move into the areas dominated by human activity.

Each unit is made up of seven rangers, and is able to move quickly through difficult terrain in rugged Land Cruiser vehicles. These teams are backed up by aerial support from two Big Life aircraft, which are able to cover an even more extensive area.

Last year, these dedicated MOBILE RANGER UNITS covered more than 120,000 miles, and the aircraft flew a combined 311 hours of aerial surveillance. Over and over again, as a result, those rangers have averted countless instances of deadly confrontation between man and wildlife. Countless animals are alive today because of those rangers.

Their ability to cover large areas and stay responsive to constantly changing conditions is why we have been so successful in the past.

We need your help to keep our patrol vehicles on the road and our planes in the air. The vehicles need fuel to run, and rangers to operate them. They need constant maintenance to stay in the field. The same applies to the planes.

We can maintain all of this work with just $340,000 a year. We think that’s pretty good value, and hope you feel the same way:

To help, please donate at:  www.biglife.org/donate 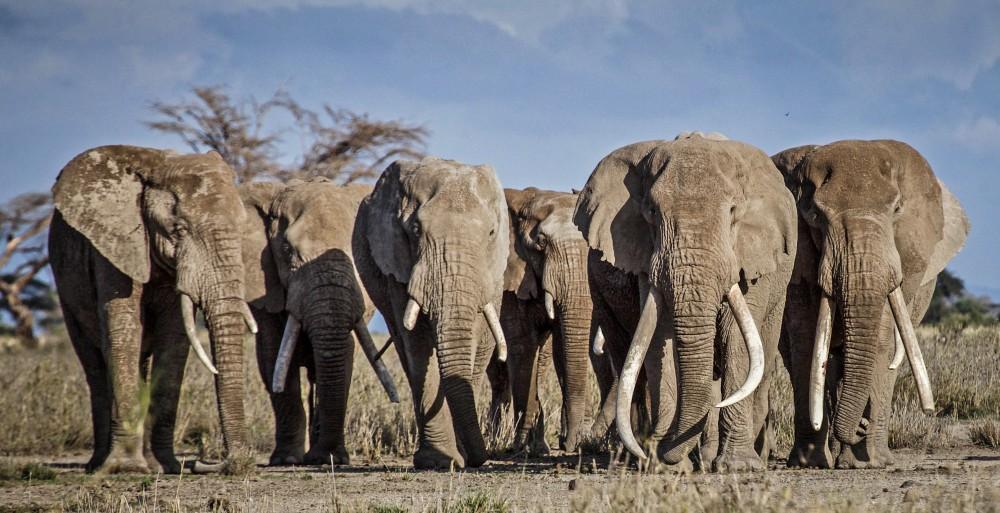 Tim and his companions can't thank you themselves... 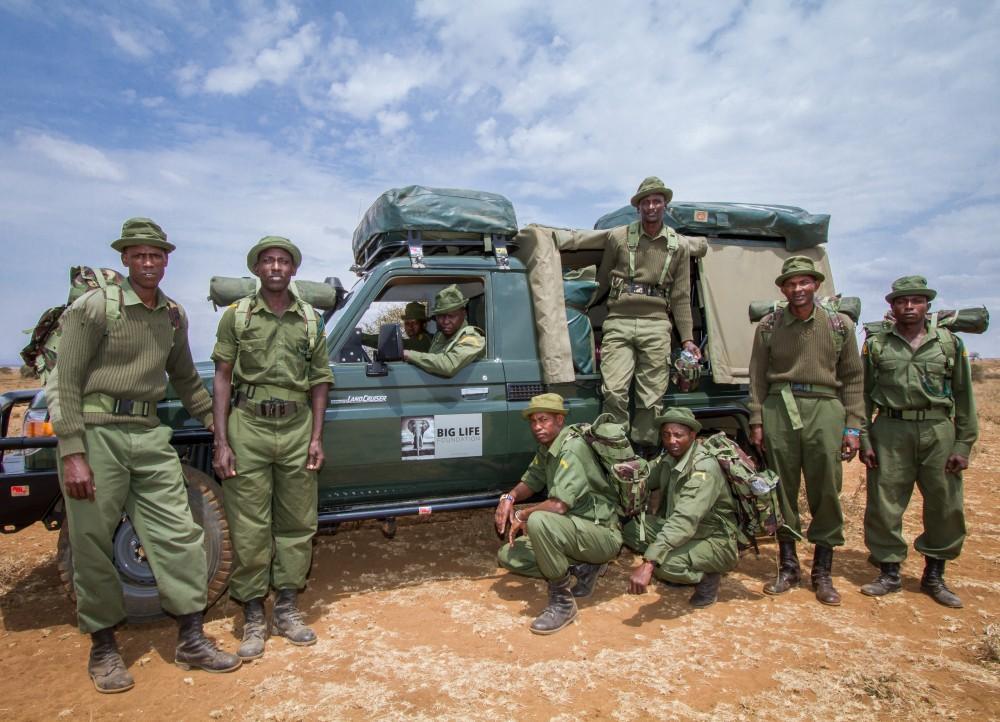 ...but we certainly can.

**Thanks to Amboseli Trust for Elephants and Ryan Wilkie for the images of Tim.