THE UNSOLVED CASE OF THE BURIED IVORY 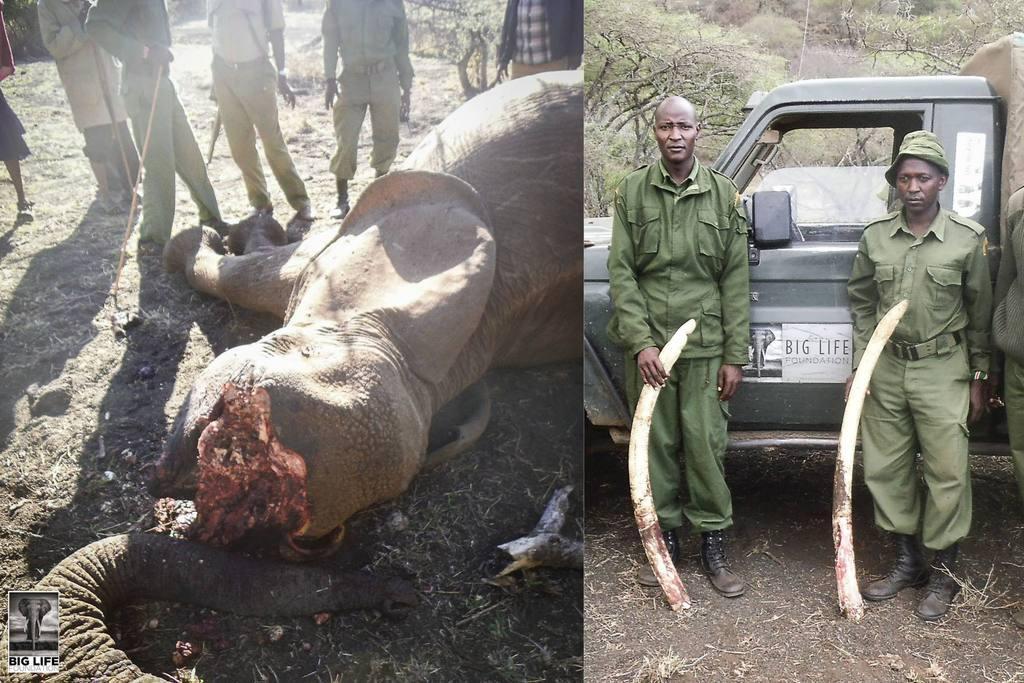 It was a herder who found the body; the lifeless grey mass still a powerful presence in the silent bush. A dead female elephant.

The news began its journey, going first to a local chief and from there to the Big Life operations room. A Big Life team was dispatched immediately, and was met at the scene by a ranger unit from the Maasai Wilderness Conservation Trust.

The tusks were gone, cut out only hours previously. Rain and livestock had erased all human tracks, and the ranger teams headed for the nearest settlement to see what they could find out.

It was late that evening by the time a breakthrough came. A young boy, with a story of unknown men carrying something into a clump of bushes, and emerging empty handed.

The rangers followed the boy and their flashlights into the dusk. The boy could not remember the exact location, but after a long search, someone finally struck something hard beneath a bush – the first tusk. Early the following morning, they uncovered the second one.

Unfortunately, the trail has run dead, and no one knows who the men were. Returning to the carcass later on, the rangers were unable to find any reason for the cause of death, and we suspect that passers by took the tusks opportunistically.

But as always, the message to potential poachers is loud and clear: the local community are the eyes and ears of Big Life, and your chances of getting away with anything, be it killing an elephant or simply stealing ivory from a natural carcass, are small.