THE TEACHER WHO TRIED THE IVORY TRADE 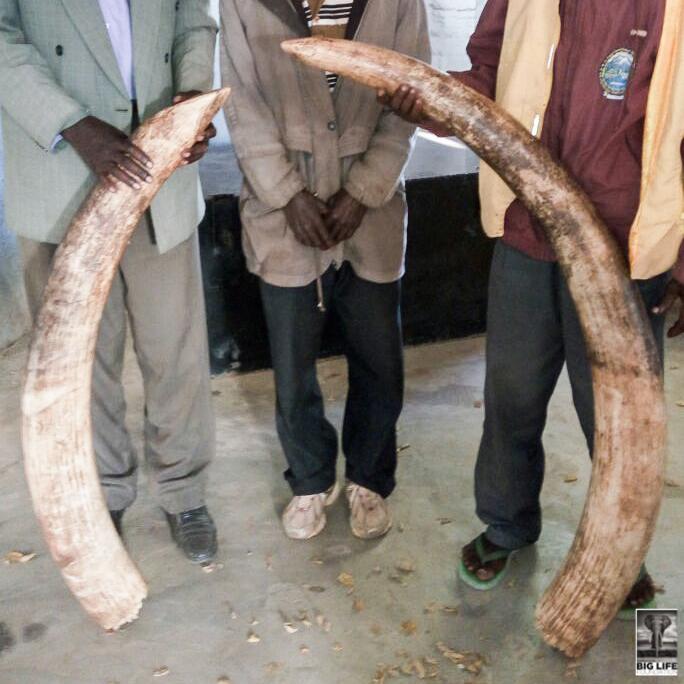 Never before have the wilds of East Africa felt closer to the streets of New York. For the last few days, the local community has crowded around every available television in Amboseli, trying to process events happening on the other side of the world, with the planet’s population united in concern about the profound impact that decisions made thousands of kilometres away can have on all of us.

It is this same interconnected world that moves ivory from an elephant’s face in Africa to a dining room table on the other side of the globe as a carved trinket.

Unless someone gets in the way of course. With the Amboseli elephant population now largely safe from poaching (we only had one confirmed poaching incident in Big Life’s area of operation in the whole of 2016) Big Life is using a growing informer network to move higher up the ivory supply chain. Last week we wrote about one ivory bust, and this has been quickly followed by two more.

The first of these involved more ivory from Tanzania, and two suspects were arrested with five pieces of ivory weighing 20 kg. The second bust was a demonstration of just how far Big Life’s information network now stretches, and happened well outside our operating area on the border of Tsavo East National Park. In this case three people were arrested, one of whom was a primary school teacher, with two big tusks weighing a total of 42 kg.

As always, both of these busts were a result of intelligence from undercover informers and close collaboration with the Kenya Wildlife Service.

What goes on elsewhere in the world, from China to the USA, has a huge bearing on the future of conservation efforts in Africa. But as we all wait to see what comes next, Big Life and our partners will continue to stay focused on the job at hand, which is working with communities to conserve the Greater Amboseli Ecosystem, and keep ivory where it belongs: on elephants.