THE SHAME OF A LION KILLER 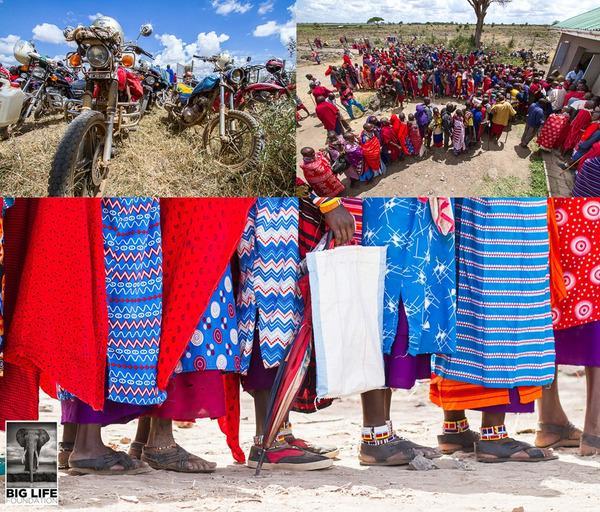 The motive was simple: Revenge, and a dead lion won’t kill again.

Several weeks ago, a Maasai pastoralist in the Big Life area lost a donkey to a lion. In return, the ecosystem lost a lion.

Ten grams of odorless powder is all it takes. Cheap pesticides are available over the counter in Kenya and devastating in the wrong hands. Once the livestock owner makes the decision, there is nothing that can be done to stop it. The only option is to prevent the intention.

It was thus an ideal time for a marathon livestock compensation payout day. The Big Life livestock compensation scheme (Predator Compensation Fund) is not free money, but a deal whereby the pastoralists who have lost livestock to predators do NOT hunt down the lion or leopard or whichever predator in the ecosystem killed their livestock, and are thus entitled to be reimbursed a portion of that loss.

This scheme is not just based on the goodwill of outsiders. The communities themselves are invested in this, to the tune of 30% of the total amount. For six months, Big Life had not received this 30% owed by the community leaders, and therefore compensation had not been paid. The leaders eventually came forward with their share of the money, and our team sat down to clear the 6-month backlog.

People came from all corners of the ranch by foot, truck and motorbike.  Thirteen hours went by as we paid the equivalent of approximately US$29,000 to the 693 people that had lost livestock to predators. This amount is far below the market value of their losses, but is an indication of the scale of the program, and of the costs borne by the local Maasai people for tolerating the existence of predators.

However, the compensation scheme is not purely a carrot: if the deal is not upheld, then penalties apply.

So the lion killer was identified, but not arrested by the Kenya Wildlife Service due to a plea from the ranch leaders. This was disappointing, but the killer won’t get off lightly. Unless he pays six cows or US$ 1,400 to Big Life by the next payday in two months, all the people in his zone will not receive their payments for this period.

This lion killer has been publicly shamed, and his actions will cost everyone, unless he plays by the rules. It is this fine, together with the pressure of his community, that will make him (and all others) think twice before reaching for a bottle of poison.

And in an area where predator killing is a way of life, the program has done just this. Compensation was started in two adjoining areas at different times (2003 and 2008), and has equally remarkable success in both.

Since the start of the program, the rates of lion killing have dropped from almost 14 per year to below 1 in one area, and from over 10 to just above 1 lion killed per year in the other.

But this is about more than lions. Protecting ALL predator populations on 670,000 acres, inhabited by 25,000 people, this program is an unbelievably cost-effective conservation intervention. And instead of ending up spent on boardroom tables, these conservation funds go directly to the people, they whose behavior we most need to change.

There is no doubt that lion and other predator populations are increasing in the area, and that this is a direct result of the compensation program.

If you are interested in making a donation that will help predators and the people that live withthem, please go to www.biglife.org.