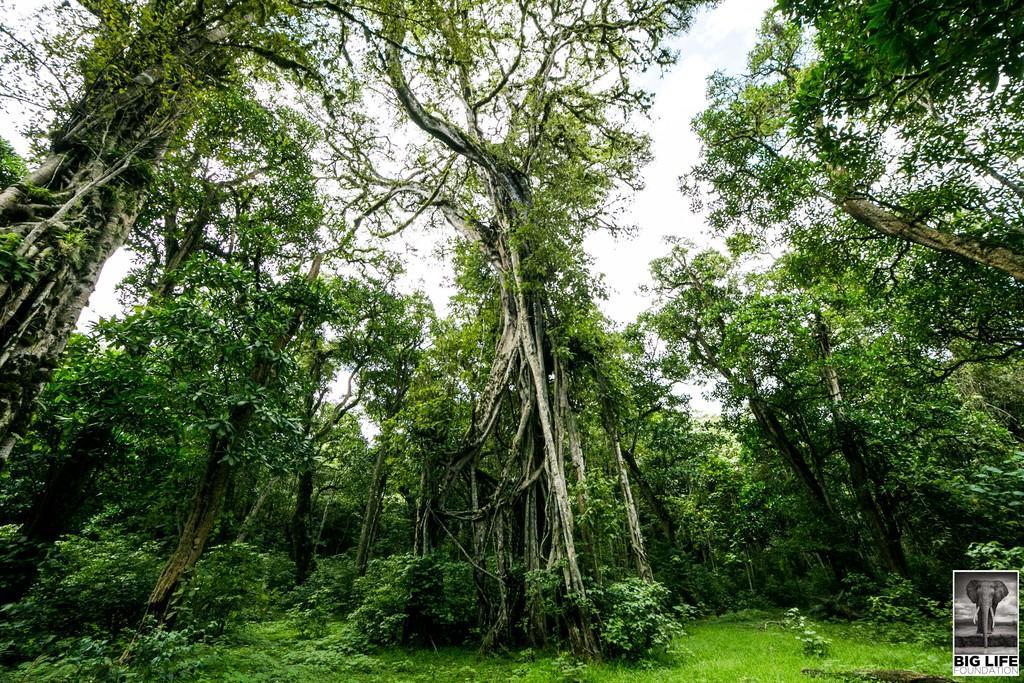 The port city of Mombasa is also Kenya’s second most populous urban area, with close to one million inhabitants. It’s one of the world’s ivory smuggling hubs, and one of the economic centers of Kenya. You might think that it’s disconnected from the Amboseli-Tsavo ecosystem some 400 km away.

And yet, each of those Mombasa inhabitants is dependent on the wellbeing of a distant place: the Chyulu Hills. Like a curtain rising from the arid plains below, the Chyulu Hills catch moist air coming in from the Kenyan coast. This water falls as rain or mist, finds it’s way into the porous volcanic soils, and eventually resurfaces at Mzima springs in Tsavo, where an estimated 90 million liters per day emerge from the ground, 15 million of which is piped back to Mombasa.

But the Chyulu Hills do more than fulfill the needs of humans. They are home to a range of mountain species that are isolated from the rest of their kind, creating an evolutionary playground. The hills are part of a critical link between two of Kenya’s most important wildlife areas - the greater Tsavo and Amboseli Ecosystems. They also represent a link between the past and present: modern lifestyles eroding the natural resource base on which so many, both humans and animals, depend. The result has been overgrazing, deforestation, and hardship for many.

It’s a challenging situation, but one with a ready solution. Big Life has joined with local communities, government, and NGO partners in the implementation of a potentially life-saving project. The Chyulu Hills REDD+ Project is part of a global network of interventions aimed at helping communities to conserve forests and other important carbon stores, and in so doing keep carbon out of the atmosphere. This will benefit not only the people living around the Chyulu Hills, but the entire planet and the stable climate upon which we all depend.

By protecting the Chyulu Hills, local communities and partners (Big Life included) will benefit from the sale of two million carbon credits being marketed by Conservation International. The revenue will be invested in local community development projects and conservation efforts such as the employment of rangers protecting this precious resource.

The credits are available to everyone, individuals and corporations alike, and yes, you can buy as few as one credit. Go to Conservation International’s carbon calculator to see how many carbon credits would offset your lifestyle. This is not charity, this is about the world coming together to protect those remaining natural spaces upon which we all depend. The Chyulu Hills are evolving from a link between past and present, to a pathway for a more sustainable future.