THE FIRST MAASAI OLYMPICS - THE HUNT FOR MEDALS, NOT LIONS 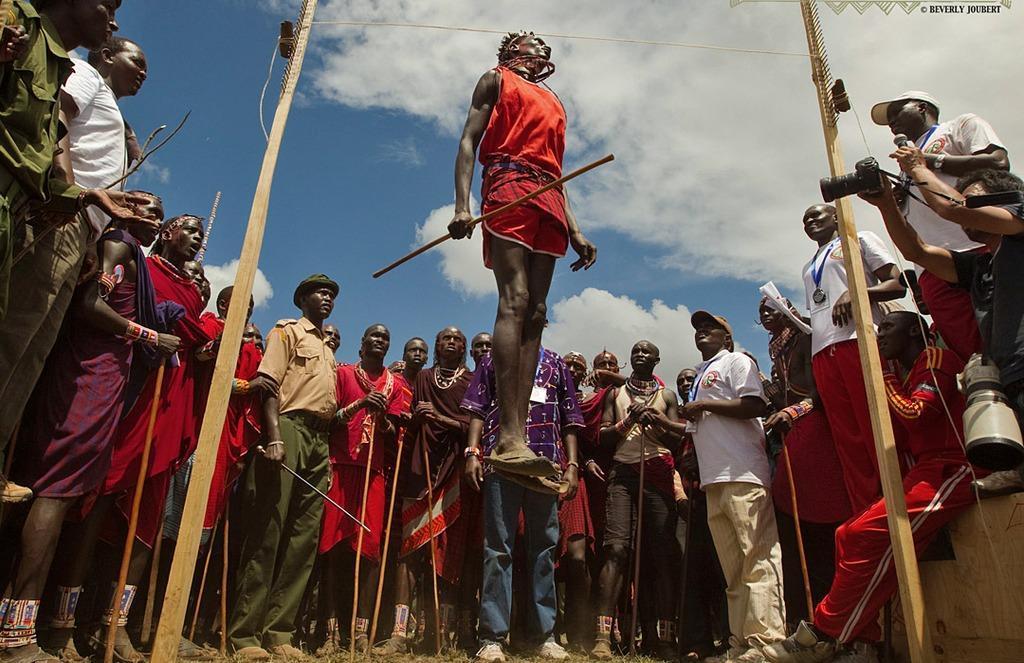 The Kenyan national television network NTV began a news story in December with the words, “Something historic happened yesterday in the Amboseli-Tsavo ecosystem at the base of Mt. Kilimanjaro.”

Organized and administered by Big Life Foundation/MPT, what had happened was the first-ever Maasai Olympics – newly empowered young warriors competing among themselves not for how many lions they could each kill, but for how many medals they could each win.  As one of the Maasai “fathers of the warriors” -- whose inspired dream had now become a reality – was heard to say, “It was a day of trophy hunting in place of lion hunting.”

To witness history being made, more than three thousand Maasai came to a site at the base of Mt. Kilimanjaro that had been temporarily transformed into a track and field venue.

The stated purpose of the Maasai Olympics – as originally envisioned by the “fathers of the warriors” – was to take lion killing out of the culture itself – once and for all, even making it a taboo – and to provide the warriors, as an alternative activity, athletic competition.  At the organizing meeting a few years earlier, one of the elders said, “Why shouldn’t our young men compete for girlfriends, display courage, and show leadership like all the other young men in the world, through sports.  But we need help from the conservation world to make this happen.”

The Maasailand Preservation Trust, now merged into Big Life Foundation, who organized and administered these Olympics, was most willing and able to provide that help. 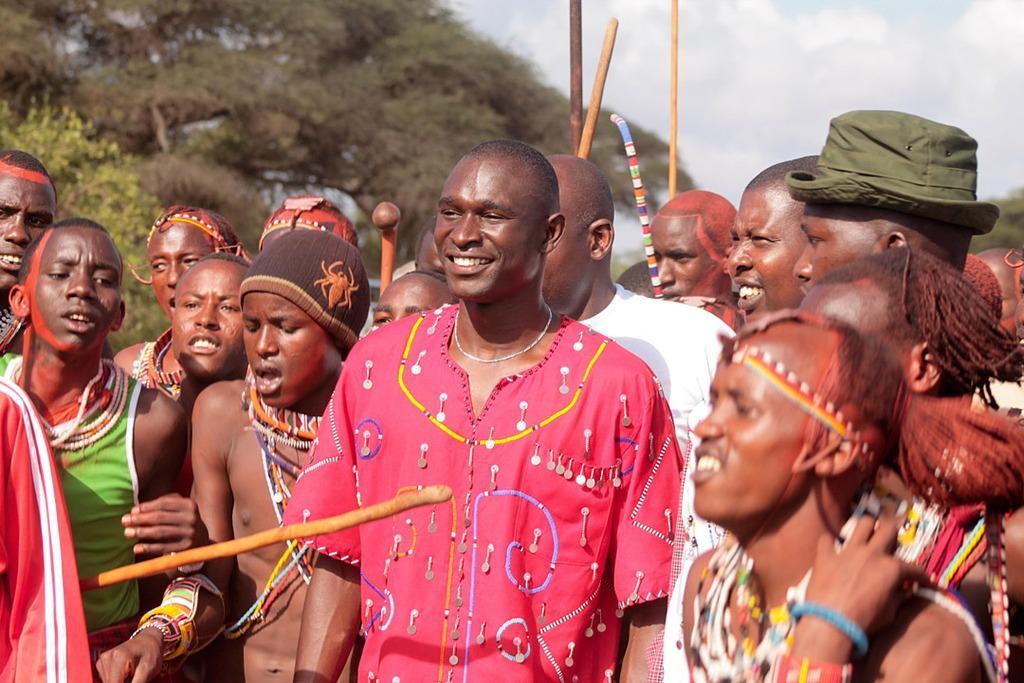 Four of Kenya’s greatest track stars were on hand for the occasion, led by the 2012 London Olympics gold medalist and world record-holder in the 800 meters, David Rudisha.  David also happens to be a former Maasai warrior.

The national and international media turned out in force to see and record this day when lion hunting and lion killing were indeed replaced in Maasai culture by athletic competition – for the first time in the 500-year history of the Maasai people in East Africa.

The Kenyan government’s contingent was led by the Honorable Katoo Ole Metito, Minister of Internal Security, who stayed for the entire seven-hour competition and presentation of awards.  He later described the Maasai Olympics day as, “the best celebration of Maasai culture I have ever attended.” 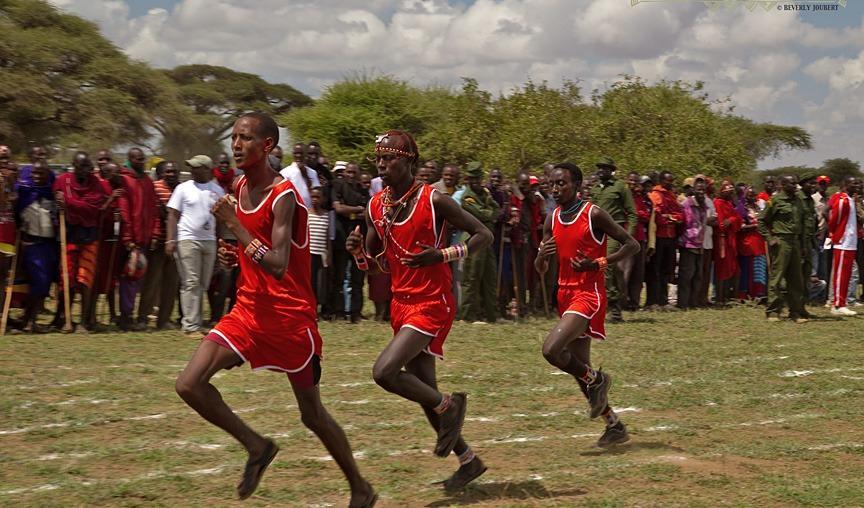 The athletic competition was intense and at a high level of performance. The awards for the winners were dazzling in their value and variety.  The five athletic events – based on traditional Maasai warrior skills – were javelin throwing for distance, rungu (a small wooden weapon) throwing for accuracy, a 200-meter sprint, a 5,000-meter distance race, and high jumping – not the Olympics version, but vertical jumping from a standing position, Maasai-warrior-style.

Four warrior manyattas (villages), representing a total community of 80,000 resident Maasai, living on 1.6 million acres of irreplaceable wilderness habitat in the heart of the ecosystem, competed for the ultimate prizes of a large golden trophy and a highly valued breeding bull that could be shared among warrior families of the winning manyatta.  The winning manyatta was Mbirikani.

Cash prizes in excess of $3000 for the first, second, and third place finishers in the five events were handed out at the conclusion of the competition. David Rudisha hung medals on the neck of each winner.

A four-year university scholarship in the name of Seamus Camp was awarded to a scholar/athlete chosen by submission of applications.  The winner of the 5,000 meters was given an all-expenses-paid trip to run in next year’s New York Marathon – and the four star Kenyan athletes who attended pledged themselves to help train the winner in their professional facility for the rigors of running the marathon distance. 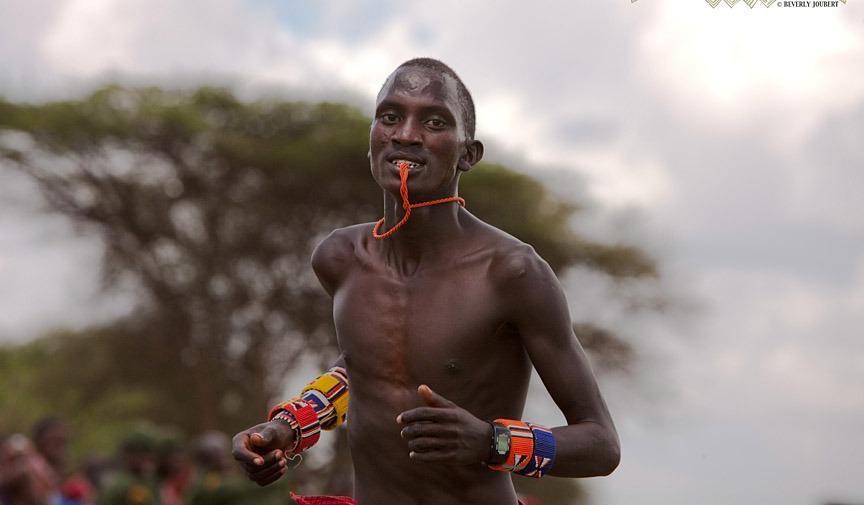 A wildlife conservation prize was given to the Rombo manyatta for their conservation behavior in recent years -- despite their manyatta being the only one of the four competing not to have the protection of predator compensation or any income derived from wildlife tourism.

Predator compensation – providing funds to partially replace verified livestock losses when killed by lions and the other great predators – is the reason the Maasai Olympics dream came into existence, according to the “fathers of the warriors”. 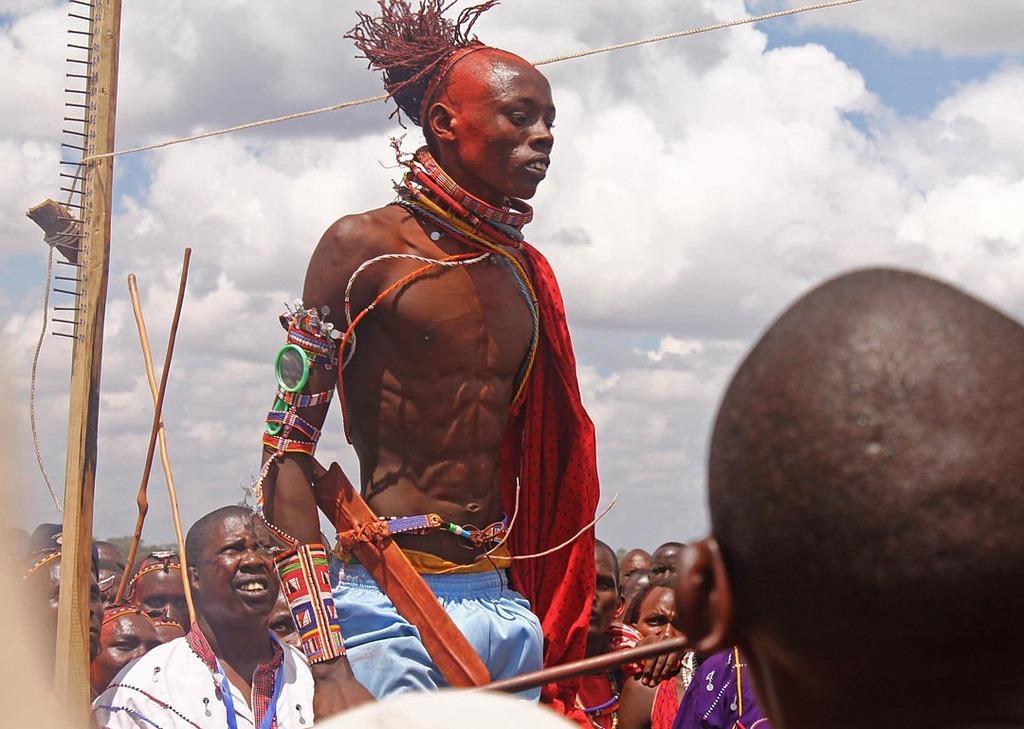 Richard Bonham, co-founder of both MPT and Big Life Foundation, said, “It was the success of predator compensation over the past ten years that saved the region’s lion population from extinction and brought it back to a viable population. But predator compensation also established a conservation ethos among this region’s Maasai population. That made it possible for these elders to dare to dream of taking lion killing out of the culture itself.  This has never happened before.”

Bonham went on to say, “The tragedy in all of this is that the funding for predator compensation on 700,000 acres that has saved lions from extinction is expiring. Without funding for compensation immediately, and for the continuation of the Maasai Olympics as well, all of this great success will be lost.  Lions will be killed again to extinction or near extinction because it is not economically viable here for livestock owners to take the economic losses of predators all by themselves.  This is almost certainly the highest predator-livestock conflict area in East Africa if not all of Africa. The livestock owners, without compensation, simply cannot afford it.”

This predator protection strategy is the most successful program yet conceived to save the rapidly declining population of lions in the wild. The work over the last 8 years has produced unprecedented results. Nothing else can replace or equal the effectiveness of the program.  Help us save the lions of Kilimanjaro and prove to these Maasai communities that conservation is the only viable future for all concerned in the twenty-first century. Please help us continue by donating to Big Life now. 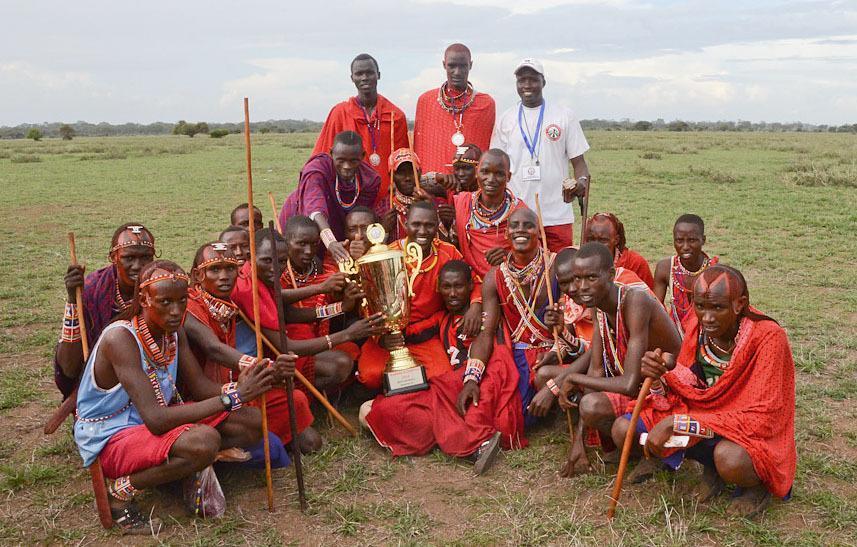