THE ELEPHANT CALF WITH NINE LIVES 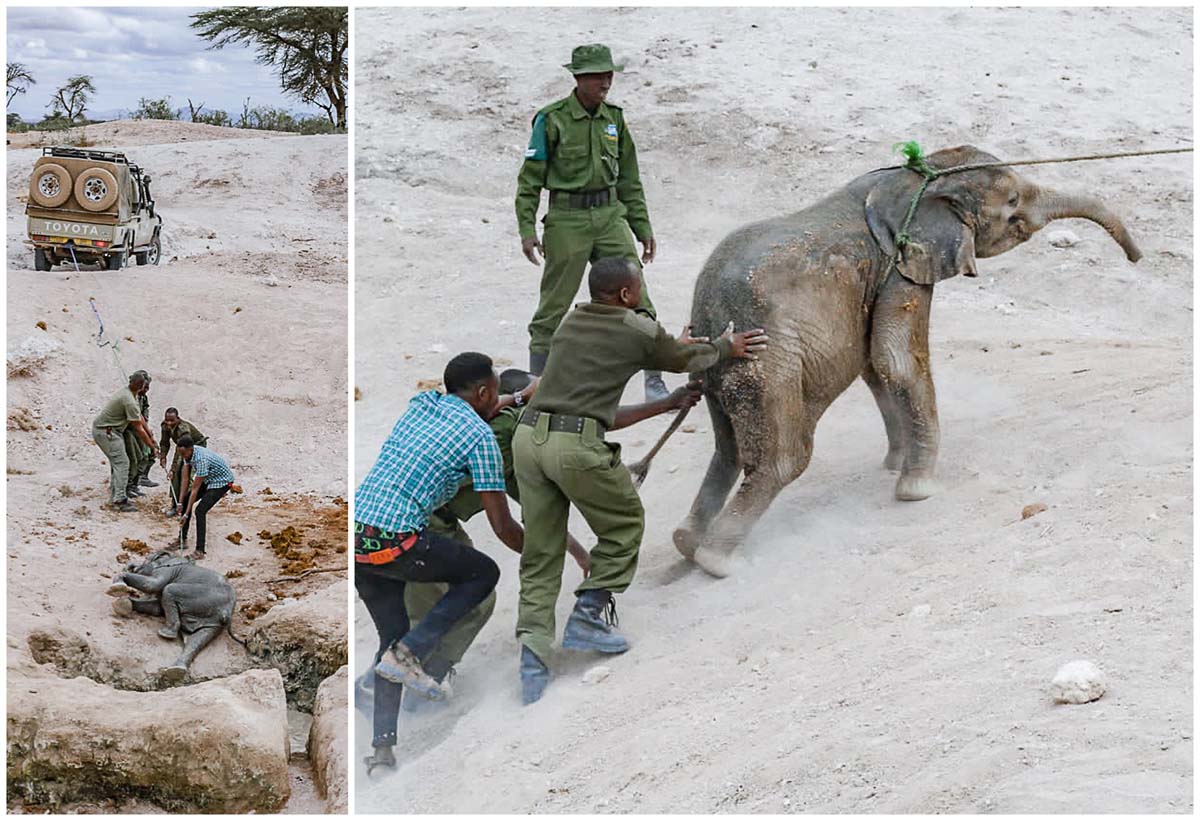 The old matriarchs and the calves are the first to die; that’s how it goes with drought and elephants. But this is a happy story of a young elephant that was saved from becoming a statistic, twice.

He first ran into trouble in the Tanzanian part of the Greater Amboseli Ecosystem, called the Enduimet Wildlife Management Area (EWMA). He fell into a man-made well while drinking and was pulled free by a Big Life-supported Enduimet mobile ranger unit.

Once back on his feet he joined a nearby elephant herd, but something was off. There was no joyous reunion between the mother and calf. The Enduimet rangers stayed with the herd to monitor the situation but lost them overnight when the elephants crossed the border into Kenya.

In most places, that would have been the end of it, but not here in Amboseli. We alerted Kenya Wildlife Service and our partners on Olgulului Ranch, which borders Tanzania.

Days later, the Enduimet rangers’ suspicions were proven right. The elephant calf was found lying alone in Amboseli National Park, having lost the energy to keep up with his wrongly-adopted herd. He was barely alive.

Working closely with Kenya Wildlife Service, we alerted always-dependable Sheldrick Wildlife Trust. With the Amboseli vet on another mission, and time running out for the little elephant, SWT scrambled their ‘Sky Vet’ to fly down to Amboseli and airlift the calf to Nairobi.

After a few days of touch and go, we’re happy to report that he is now stable, and is expected to make a full recovery for eventual re-release into the wild.

Amboseli is in the grip of a terrible drought, and more and more elephants and other animals are starting to die. It’s a difficult time, and we are working with our partners to save the animals that we can.