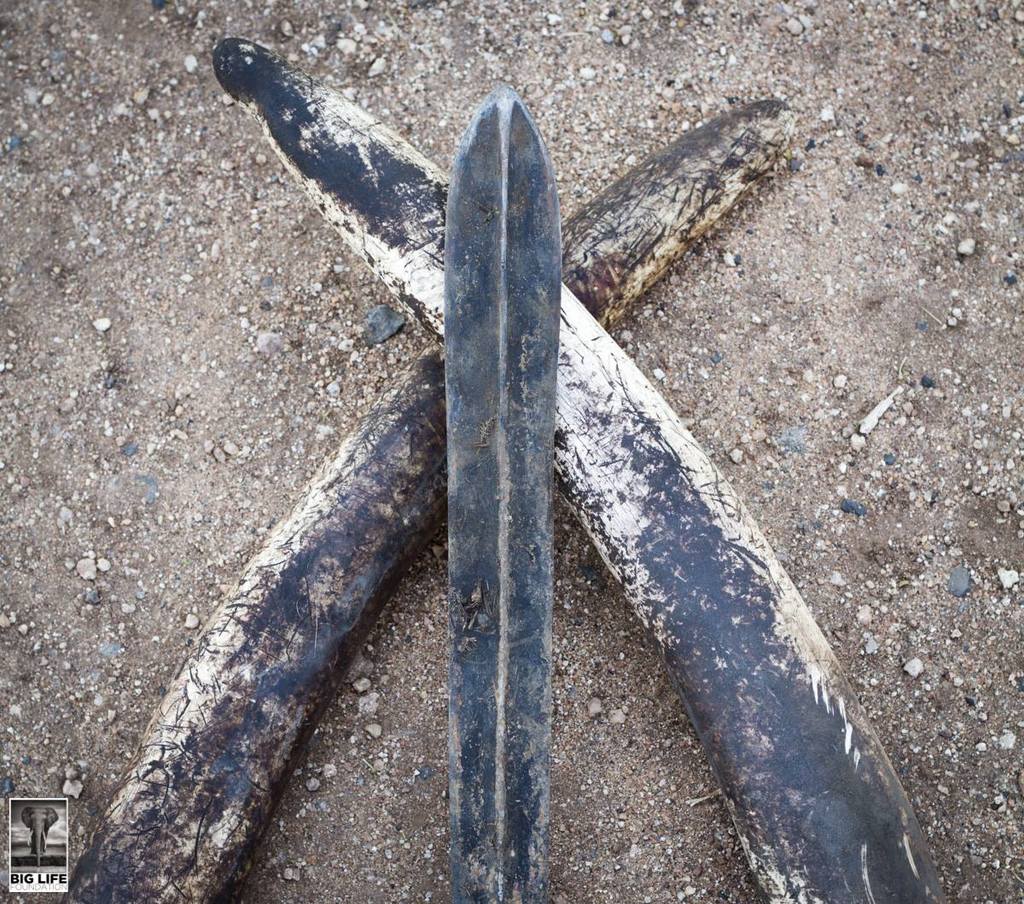 Anyone could spot the blood on the elephant track. The other signs, more subtle, showed a panicked elephant herd moving fast.

Two Big Life mobile units, as well the Kenya Wildlife Service, were on the scene immediately. More information led them to another blood trail, and evidence of a second elephant wounded in a different herd.

This suggested something more sinister than self-defense and our informers put their ears to the ground. By nightfall we had a strong lead, and the rangers moved in. The two suspects were caught in the darkness, and torchlight illuminated dry blood on one of their spears -confirmation of their guilt.

These men are now behind bars, and a court will rule on their intentions in spearing the elephants. In the meantime, it’s another strong message: little goes unnoticed by the Big Life rangers, and their informers, across the Amboseli ecosystem.