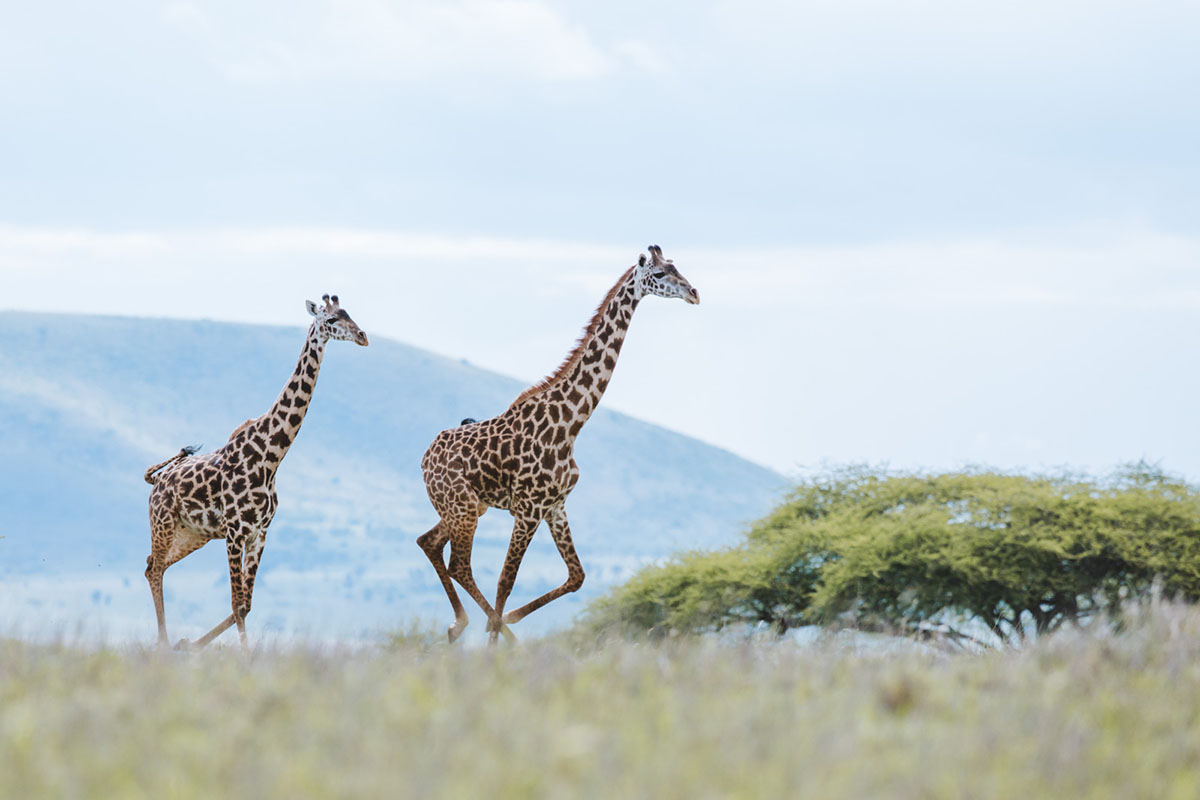 The minibus was traveling through the middle of nowhere, the surrounding wilderness just visible in the predawn light, when someone shouted for an unscheduled stop.  The other passengers turned to stare. The man appeared regular enough, just another traveler on his way to a nearby town. But this was no ordinary man: this was a Big Life ranger.

While making a personal trip during his time on leave, he saw something from the minibus that gave him cause for alarm. A giraffe sprinting through the bush near the road, with four men close on its heels.

The driver agreed to stop in return for an extra payment, and the ranger jumped out, calling the Big Life operations room as he went. Our radio operators quickly identified the closest vehicle unit, which happened to be Big Life’s USAID-funded mobile unit on Eselengei.

The ranger waited for the backup unit to arrive, and then they all moved quickly into the bush and onto the giraffe’s tracks. The rangers followed quickly but quietly, eventually stumbling onto a grisly scene. The poachers had chased the giraffe straight into a fence in order to trip it so that they could kill it more easily.

While it was too late to save the giraffe, it wasn’t too late to catch the poacher. The poacher still on scene attempted to run, but he was quickly caught. Rangers got the names of three accomplices who had already bolted, but without hard evidence of their involvement, they will be hard to prosecute.

The one arrested poacher is now in jail and awaiting trial. But more importantly it’s another lesson to would-be poachers out there: Big Life has eyes and ears everywhere and our rangers are never fully off duty.  Poaching is still a very risky business.

If you haven’t yet, please support our work so our rangers can continue to catch poachers and keep wildlife safe. All donations made in December will be matched up to $250,000, doubling your impact.