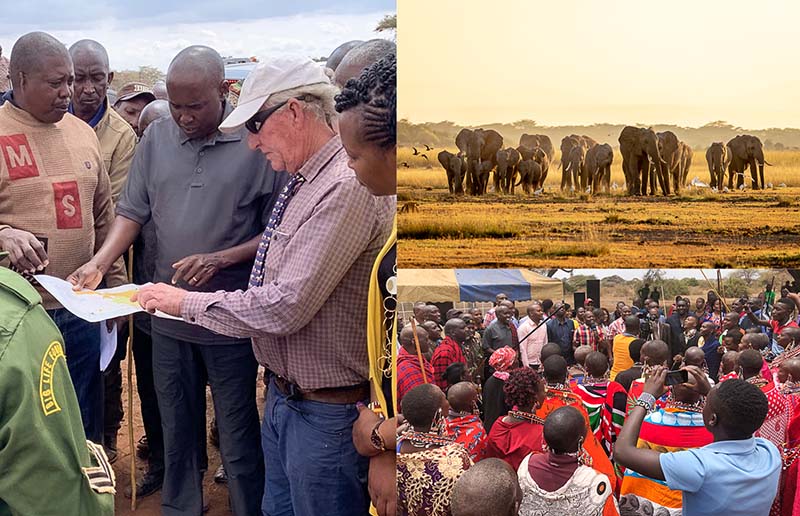 The Kimana Sanctuary was born a star, one of the first community-owned and run wildlife sanctuaries in East Africa. The year was 1996. Visitors flocked to this beautiful place, and it seemed that the high hopes for tourism income were to become reality.

But as in so many fairytales, it wasn’t long before things started to go wrong. Corruption, lack of accountability and transparency, unfulfilled promises made by tourism operators, and community in-fighting turned hope into regret. The Kimana Sanctuary quickly turned from a case study of what to do right into a case study of what can go wrong.

By 2013, things had hit rock bottom, following the exit of the tourism operator after a long legal battle. Big Life was supporting anti-poaching operations in the area at the time, but it was clear that the Sanctuary was not going to last long without a proper income stream for the local community. Tourism was the major hope.

The status quo went unchanged for a few years with another management company in place, until Big Life took action in 2017. Funded by the Sheldrick Wildlife Trust, Big Life took over the annual lease of the Sanctuary and assumed management responsibility. But we were already behind the curve; the Sanctuary needed to start generating income in a hurry.

Luckily, Big Life was able to turn to a few generous partners who could help make this goal a reality. With support from the D.N. Batten Foundation, Big Life was able to secure the physical assets within the sanctuary, including four ranger outposts. And, with funding from GEF/UNDP, we were able to rehabilitate a guesthouse in the Sanctuary and get some basic campsites up and running.

It was like unblocking a stream, the visitors started to trickle in again. And then flow. 165 people visited the Sanctuary in the first 6 months of 2018. A year later, 741 people visited during the same period of 2019, a remarkable 350% increase.

The fairytale seems to be getting back on track and it seemed appropriate to start again, to forget the regrets and reset the hopes. So last week, the Kimana Sanctuary was ‘re-launched’ in a celebration run by the Kimana Community, and attended by the guest-of-honor and Governor of Kajiado County, H.E Hon. Joseph ole Lenku.

A new ribbon was cut, but it’s still the same community with the same aspirations. The Kimana Sanctuary is more important than ever. It provides the promise of wildlife-related income to its community owners, as well as water and freedom of movement for wildlife moving to and from Amboseli National Park.

There is still much to do, but for now, this fairytale looks like it may have a happy ending after all.