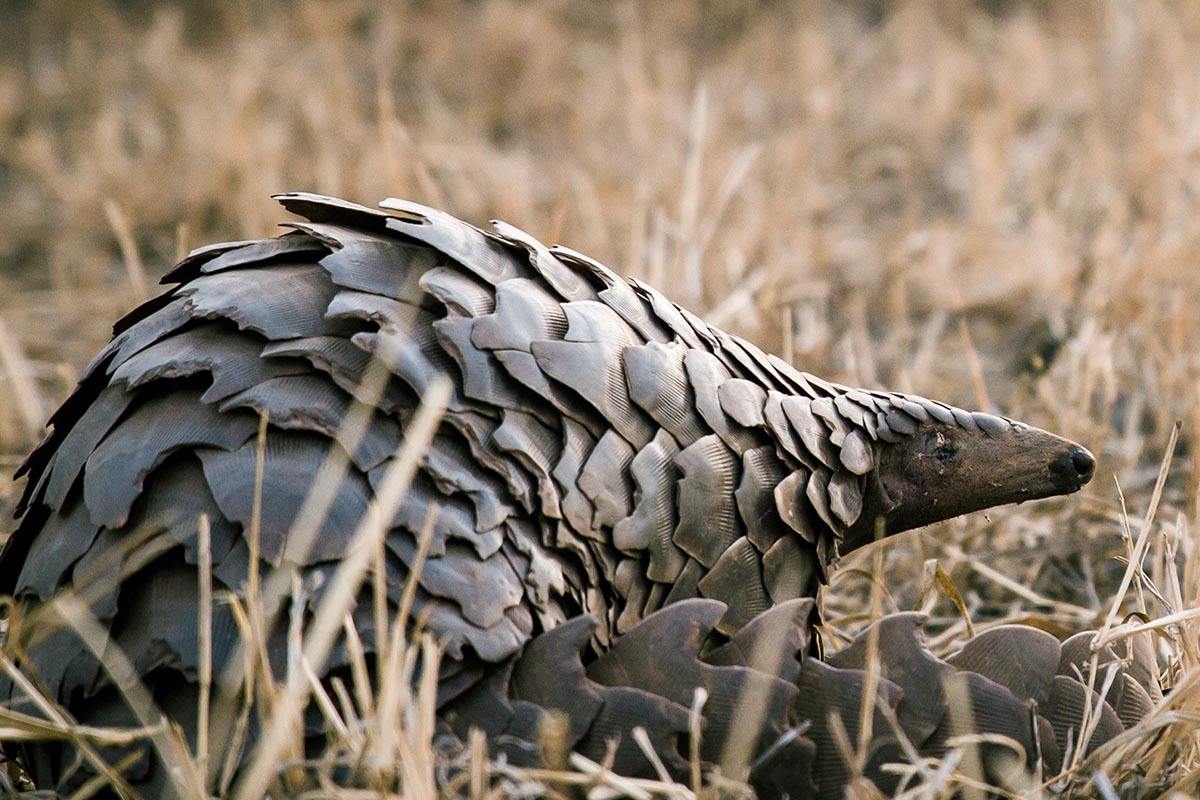 If you had to guess the most endangered wildlife species Big Life rangers help to protect, you might guess rhino. There are only 8 known Eastern black rhinos in Big Life’s area of operation, and they are monitored by dozens of camera traps and rangers at all times to keep them safe from poachers. Despite their size, they are extremely elusive, which helps to keep them safe.

But equally endangered and even more elusive is a surprising species: the pangolin.  Small and nocturnal, these scaly anteaters are the most heavily trafficked wildlife species on the planet. While their meat is considered a delicacy in some parts of the world, their main value on the black market and in Asia is for their scales.

Coincidentally, pangolin scales and rhino horn are made of the same fibrous protein as your own fingernails: keratin. And both are about as useless in medicine (traditional or otherwise) as your nail clippings would be.

Because Big Life’s rangers work to protect the Greater Amboseli ecosystem holistically, we do encounter pangolins from time to time. And as always, our growing intelligence network is ever watchful for pangolins being trafficked. Last year in 2020, rangers helped to rescue 5 live pangolins in five separate trafficking incidents. Each was handed over to the Kenya Wildlife Service for safe reintroduction into the wild. Additionally, in 2020, 2 kg of pangolin scales were confiscated in one trophy poaching incident.

We’ve partnered with the Pangolin Project to learn more about best practices when handling these special animals, which are surprisingly delicate despite their tough exterior. We’ll keep you posted on these efforts when these rare animals turn up, but in the meantime, thank you to all our supporters for keeping our rangers in the field as we celebrate World Pangolin Day.