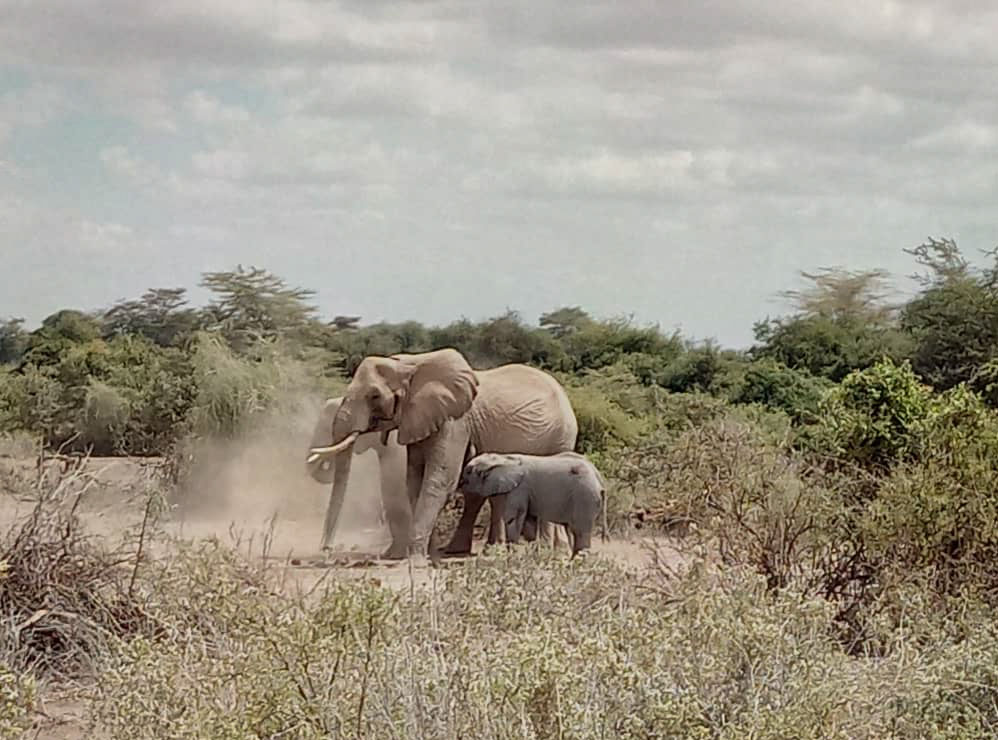 It must have been a terrible decision for the elephant family to make, leaving their baby behind.

The calf had fallen into a well while trying to drink and we can only assume that the rest of the herd tried through the night to rescue it, but the sides of the hole were just too steep and slippery. Eventually, the herd moved off, perhaps as humans and their livestock started to move around in the morning.

The lonely calf was found by representatives of Royal African Safaris while on a game drive in the Enduimet Wildlife Management Area, an area of northern Tanzania that forms part of the Greater Amboseli ecosystem.

They managed to get a message out and one of the Big Life-funded rapid-response ranger units was quickly on the scene. Everyone worked together to get a cable looped around the poor young elephant, which was pulled out of the muddy pit by a vehicle winch.

But by that point, no one knew where the elephant’s family had moved on to. Luckily, the calf picked up the scent of its family and set off in hot pursuit. To everyone’s delight, the family had only gone a few kilometers and the calf was able to track them down for a happy reunion between mother and baby.

As the drought gets worse, animals will be forced to look for water from risky sources, including man-made livestock watering wells such as in this case. We know that this won’t be the last elephant that gets into trouble in the coming months, but thanks to our friends at RAS and the Enduimet Wildlife Management Area rangers, we’re relieved that this particular story has a happy ending.