We have known from some time that Big Life urgently needed to establish a presence in Rombo, in the southeastern corner of the eco-system, close to Tsavo West National Park. Poaching has been rampant there, with poachers coming in from Tanzania on a regular basis. Once sufficient donor funds were available, the camp was built in June, with the standard team of 8 rangers plus Landcruiser moving in.

The rangers get their first case before camp construction is even completed. On June 16 while on patrol, they find a day-old carcass of a young bull that has been speared and the ivory removed.

Working with the local community, the team discovers the names of two brothers who have killed the elephant. They have sold the ivory to another Maasai, and fled to Mombasa with the cash. When the two brothers hopefully eventually return, they will be apprehended and arrested by the team.

The Big Life Rombo team receives a report of hunting torches near the home of the community’s Assistant Chief. The rangers are already out patrolling another area, but respond immediately.

Unfortunately, by the time they arrive, the poachers have already made a kill and are in the process of cutting up the giraffe. On sighting the approaching rangers, the poachers scatter. In pursuit, the rangers manage to arrest two of the poachers, but the remaining eight men, including the leaders, manage to escape under the cover of darkness.

Upon interrogating the arrested poachers, the names of the other poachers are revealed. Now that these men are identified and their home areas are known, it is now hopefully just a matter of time before the gang is all apprehended.

Big Life recently purchased five sets of Generation II Night Vision goggles. With these in the field, plus the arrival of our tracker dogs in September, this should make capturing the poachers on the run and at night much easier in the future. However, we still need more funds to purchase night vision goggles for all the camps. 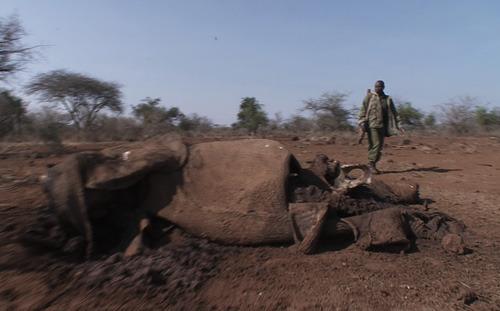 An unpaid volunteer from the local community, Kasaini, follows the tracks of two men leaving the carcass, and despite their best efforts to cover their trail, Kasaini finds where they have stashed the tusks in manure in an old hut. Kasaini reports this to Kenya Wildlife Service, and they come and recover the tusks.
Due to his great work, Kasaini is now to be employed as a Big Life ranger.

The Big Life rangers track the calf up to the boundary of the park where they are lost amidst the tracks of cattle being taken into the park to graze illegally. The following morning this task is handed over to a team from David Sheldrick Wildlife Trust, who deal with all orphan elephants in Kenya.

Now the hunt for the poachers begins. Our scouts get information that the elephant was killed by a morani, a young warrior trying to prove his manliness. He did not even bother to follow the tracks to take the ivory. Big Life passes on this information to KWS, as the morani is apparently illegally grazing in Tsavo West at the moment.

The two Maasai who actually took the ivory are also identified. One is arrested the following day, despite other members of his family drawing their simis (Masaai short-swords) in order to prevent it. The other Maasai, an elder, is also arrested four days later. 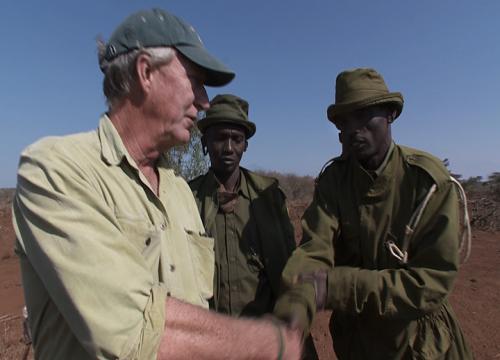 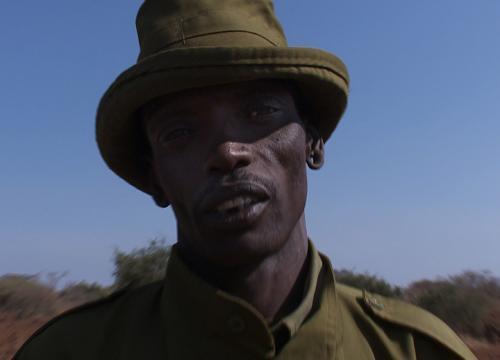 An informer calls into the base, saying that he has found a snared giraffe not far from his home. Big Life rangers head to the scene and find that the giraffe has not yet been butchered, but has died an awful slow death. Reaching up to new leaves in a tree, the snare has closed around its neck. In trying to escape, the giraffe became all the more enmeshed in snare, and slowly over the course of the day would have asphysixiated. The Big Life rangers decide to wait and see who comes to collect the meat.

Their patience is rewarded 13 hours later, when they see the torches of six men on bicycles approaching through the trees. The trap is sprung and three poachers are caught. However, three others, including the leader, escape in the dark. The three arrested poachers, all from Tanzania, have been brought in to carry the meat back over the border where it will be sold. The following day, the Big Life team receive reports of the wherabouts of the gang leader. He is arrested that evening in one of his homes. The other two poachers, although identified, as yet remain at large. 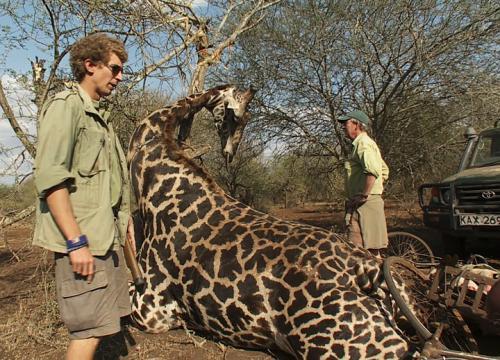 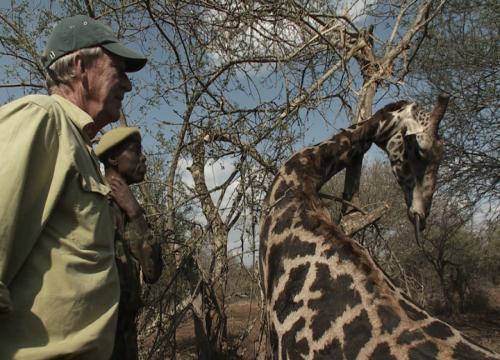 Llewellyn and Richard with Giraffe caught in tree snare. (The bicycles belonged to the poachers and are used to transport the meat into Tanzania to be sold in the markets)

All these incidents prove how critical it was for Big Life to establish an anti-poaching presence in Rombo. There has already been a marked decrease in the amount of bush-meat and elephant poaching in that area. The rangers there currently have the highest arrest rate of any of the Big Life bases and their commitment to following up with suspects that escape is showing the community that we will no tolerate the poaching of Kenya’s precious wildlife.
Now we need to get funding for more camps to be installed in the other areas where poaching is still rampant. 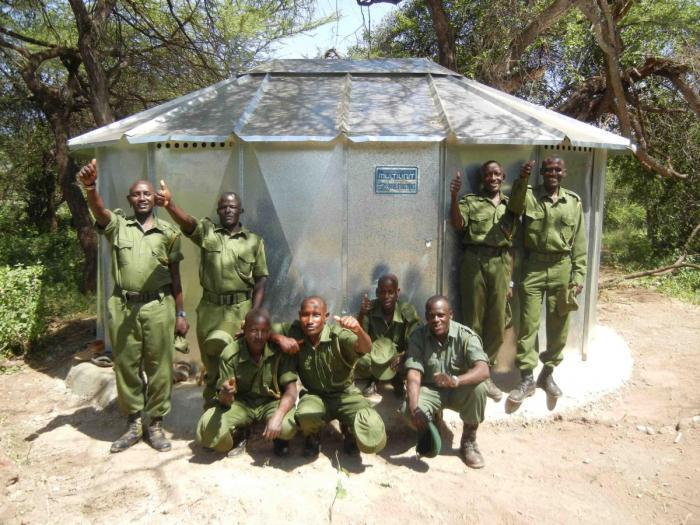