PUTTING FOOD ON THE TABLE 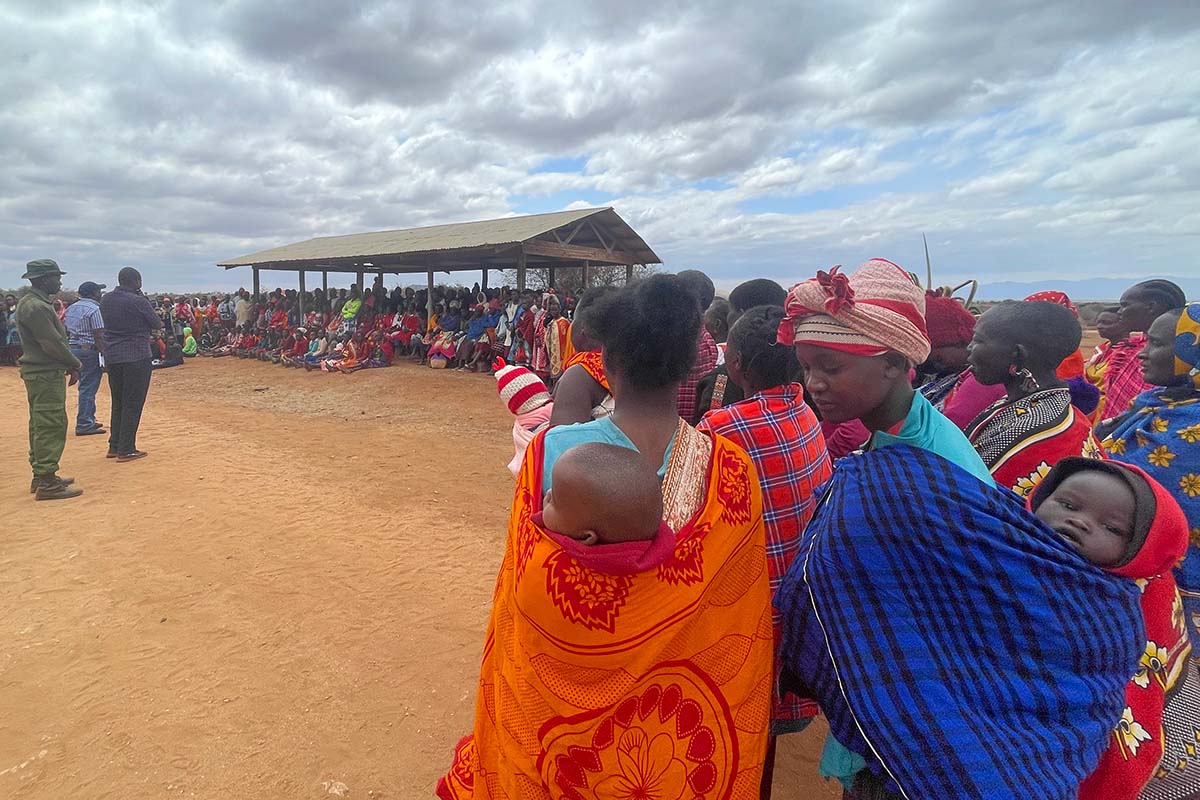 Breaking the soil to farm used to be a widespread taboo in Maasai culture, but that changed in 2009. That year, people lost most or all their livestock in one of the worst droughts in memory, and many turned to agriculture for the first time, for both food and income.

As a result, natural habitat was cleared and farming expanded across the ecosystem. Today, many farms are scattered across Greater Amboseli, interrupting migration routes and limiting grazing access in favor of crops like maize and tomatoes. The lesson is that the long-term impacts of droughts can be unexpected and irrevocable.

Fast forward to 2022, and we find ourselves facing another major drought. But this time the stakes are much higher. With land subdivision and privatization happening across the ecosystem, people have a new way to make money quickly: selling their newly issued land titles.

But the short-term gain can turn into a long-term disaster. When people give up their land, they give up the space they need to raise livestock, and for those without another source of income, this paves the way for a new generation of landless Maasai trapped in a cycle of poverty.

This is a complex challenge for a community that relies on large, shared spaces for livestock grazing. In addition to working with the Maasai on their subdivision plans to maintain critical corridors for wildlife and livestock via conservation leases, we are also trying to provide some with a short-term income alternative so that selling their land is not something they become forced to do.  Thanks to generous partners, we are creating temporary jobs for 1400 women. These jobs will not only benefit the environment by helping to pick up litter and clear invasive species, but will also put money in pockets so that families can buy food.

Land is the most valuable resource in the hands of Maasai communities, and without it, all the wild animals of the ecosystem have nowhere to live. Hopefully programs like this will help both through this difficult time.