ONE TON OF RELIEF 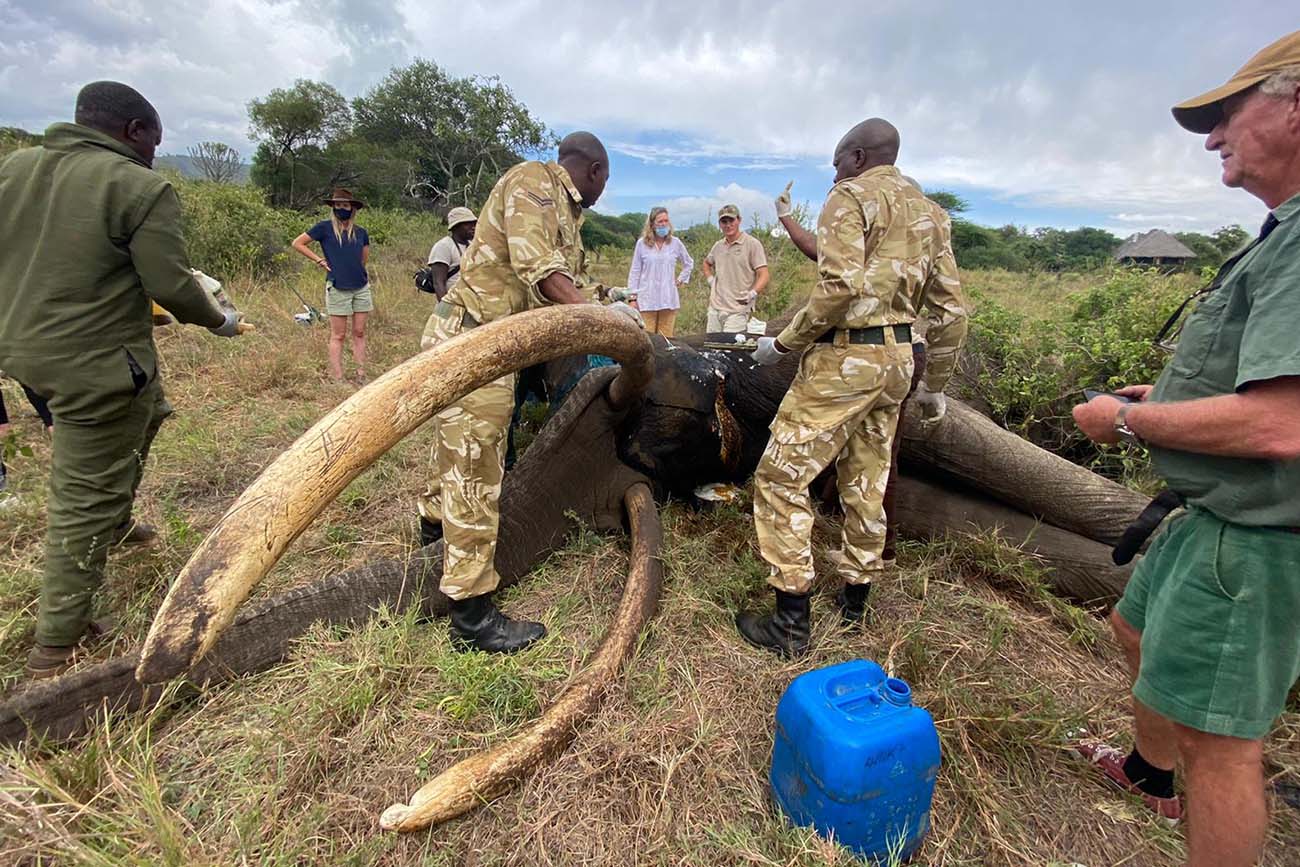 After the news this week about the change in status for African elephants from vulnerable to endangered, every single elephant is critical to the survival of the species. But there are a handful that we have relationships with and have come to view as friends.

One Ton is one such elephant, an impressive tusker and frequent visitor to the swimming pool-turned-watering hole at Big Life co-founder and Director of Operations Richard Bonham’s home. He is a famously chill elephant and enjoyed and photographed by safari enthusiasts who come to see him from around the world.

Which is why we were deeply alarmed and concerned to see him with a nasty looking wound on his neck recently, clearly infected. Big Life put the call out immediately to coordinate veterinary care, and thankfully our partners at Sheldrick Wildlife Trust quickly responded. Given One Ton’s status, they sent a caravan to Nanyuki to collect a top vet and fly him down. Meanwhile, their helicopter from Tsavo joined to assist in ushering One Ton out of the dense bush around Richard’s home onto the airstrip, a wide-open area where he could be easily treated.

Once he was safely darted and down, it was clear his wound was severe and worse than initially thought, at least a foot deep. The vet was able to clean and treat the infection, and he was revived and on his way without further incident. We will of course keep a very close eye on him to monitor his recovery.

After inspecting the wound, we do not think it was inflicted by a spear or other human causes. Whatever caused it is a mystery, but it could have been the result of a fight with another bull elephant, which is not uncommon with these big guys.

Huge thanks to the Sheldrick Wildlife Trust and Kenya Wildlife Service for helping to make sure One Ton could live another day.