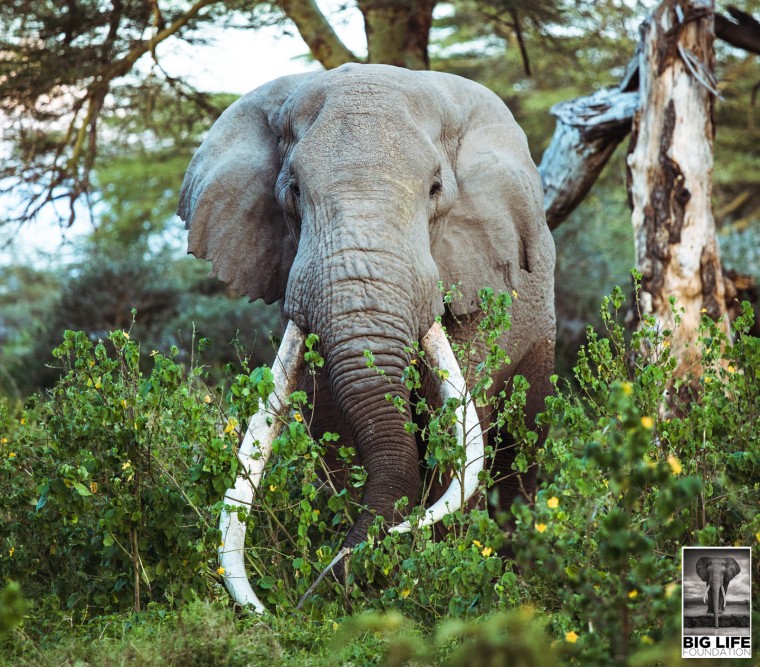 The only marks on his body were the imprints left by other elephants. Perhaps it was his companions, trying to lift him back on his feet. Push the life back into him.

Tim is dead, and at Big Life we’re all in a state of shock. One elephant’s life shouldn’t matter more than another. But in this moment, this one does. As one of the biggest elephants in Africa, he was a magnificent relic of a bygone era when his kind where more common.

But to us, and anyone who spent any time with him, there was more to it than that. He was one of the only elephants of his size who calmly tolerated human presence, and placed a dangerously naïve amount of trust in our species.

Over the last five decades, Tim became one of Kenya’s most famous elephants and one of the continent’s last great tuskers, with tusks each weighing in excess of 100 pounds. They were an astounding burden to carry, not least because they made him an incredibly valuable target for any poacher.

He witnessed half a century of changes in the Greater Amboseli ecosystem, and those changes had nearly killed him three times already. Three times, he was speared by farmers defending their crops against his night-time raids. The spears missed organs, but the close shaves were frequent reminders of his vulnerability. Last year, he got stuck in the Kimana swamp, and were it not for a quick coordinated response to pull him out, that would have been the end.

Sadly, this now is.

We are hopeful that his end was natural, and all indications are that that was the case. There are no obvious wounds on his body, nor any sign of foul play, but we need to wait for the full post-mortem test results from Kenya Wildlife Service before we will know for sure.

Tim leaves a huge hole in the heart of the Amboseli ecosystem, and on the earth. Thankfully, his genes live on in many of the other Amboseli elephants. There can and will be more like him in future, if we continue to protect the rest of his kind.