The Maasai Olympics is a first-of-its-kind conservation project to provide young Maasai warriors an alternative to lion killing. After an extensive education phase that began more than a year ago, involving the screening of an award-winning film in the Maasai language, “There Will Always Be Lions?”, track and field teams from the four rival warrior villages of Kenya’s Amboseli-Tsavo ecosystem, representing more than four thousand young men, have come together to prove their manhood, identify their leaders, and attract girlfriends -- not through how many lions they have each killed but how many track and field events they have each won.

This story occurred during the fourth of six scheduled regional events leading to the Maasai Olympics day, a sports celebration to be held on December 22 at which the winning warrior village will receive a prize bull for breeding, in addition to individual cash prizes for the winning athletes, a sponsored trip to run in next year’s New York Marathon for the winner of the 5,000 meters, a four-year university scholarship for a promising athlete/scholar, and a wildlife conservation prize for a chosen warrior village. 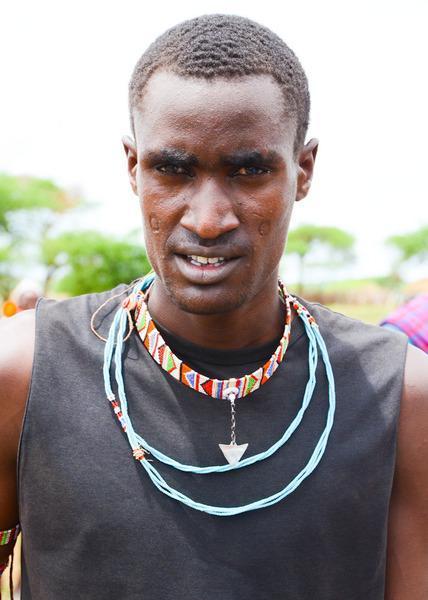 Remember this name: Lekatoo (“lay-ka-tow”) Tipape. For as long as the Maasai Olympics are held – even if it’s for fifty years – this name is almost certain to remain in the record book... safe and secure, with an achievement that is unlikely to be matched, much less surpassed.

On this day, in only the fourth regional competition held so far, Lekatoo Tipape entered three of the five events to be contested – the javelin, the high jump, and the 200-meters – and won them all! Not only won them all, he won them without much apparent effort.

Beginning with the javelin, Tipape, who competes for the Mbirikani warrior village, approached the line three times, his allotted number of chances, and achieved the three longest throws of the entire competition – against nine other competitors -- each throw slightly longer than the last. His winning distance was 45.5 meters.

Having easily qualified for the finals of the 200-meter, winning his heat prior to the javelin, Tipape next competed for a first prize as a sprinter. It is highly unusual in the history of track and field that the leading javelin thrower would also be highly competitive in a short-distance race. 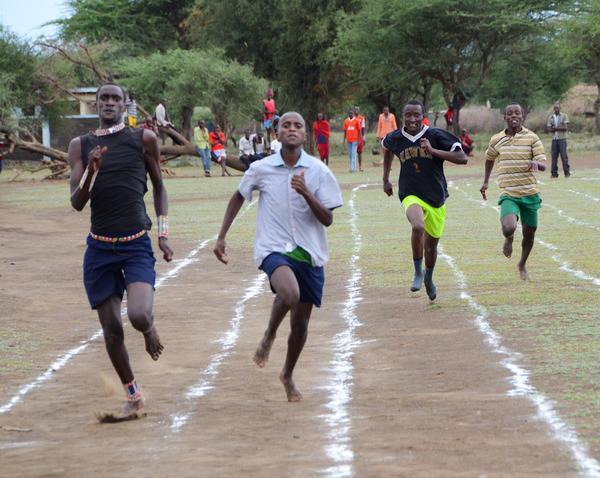 But Tipape defied the odds. His winning time of 21.27 seconds defeated his closest challenger by a clear margin, but it was the most challenging win of his three victories.

The final event of the day was the high jump. Mbirikani’s rival warrior village, Kuku, was trailing by a score of 14-10 and needed to sweep the high jump event, winning first, second, and third to pull out a victory.

Tipape was having none of that.

Whereas other competitors -- jumping vertically from a standing position, Maasai-style, with intense encouragement from the rhythmic chants of their warrior brothers gathered around the jumping circle – would take a first leap to get the rhythm, then a second one higher, and then a third or fourth leap to stretch for their maximum height, Tipape would simply step to his mark under the device and jump once – clearly touching the string suspended overhead with the top of his head, then step back.

He was not only dominating his competitors, he was saving his energy for the later rounds as the string would be raised higher and higher until only one competitor achieved that height. 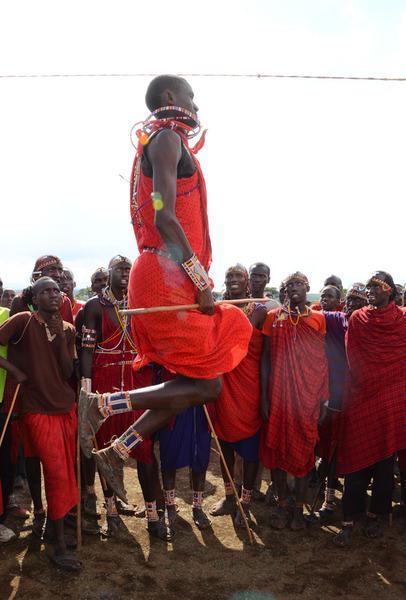 That one competitor was Lekatoo Tipape. With a jump of 8 feet 4 inches, he easily completed his “hat trick” – three events entered, three events won – and was mobbed by his teammates and fans.

For winning each event, Tipape received a first place cash prize of 10,000 Kenya shillings for a total of 30,000 in only one day’s work. Not bad for a seventeen-year-old high school student attending one of the best boarding schools in the region.

Kenya shillings 30,000 would buy a very nice cow at the local cattle market but after he had won the second of his three events, a teammate ran up to me and said, “Tom, Tom, do you understand? Tipape has already won enough money to pay for his next year’s school fees.” 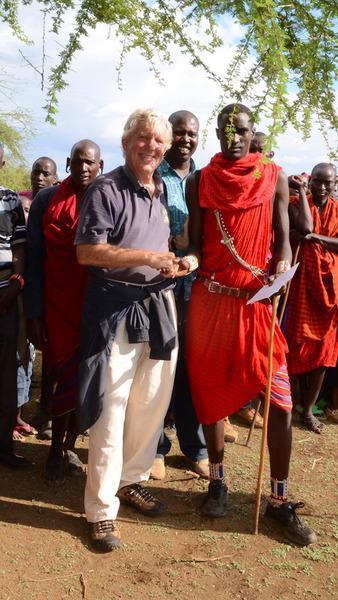 This young man would appear to have a very bright future.