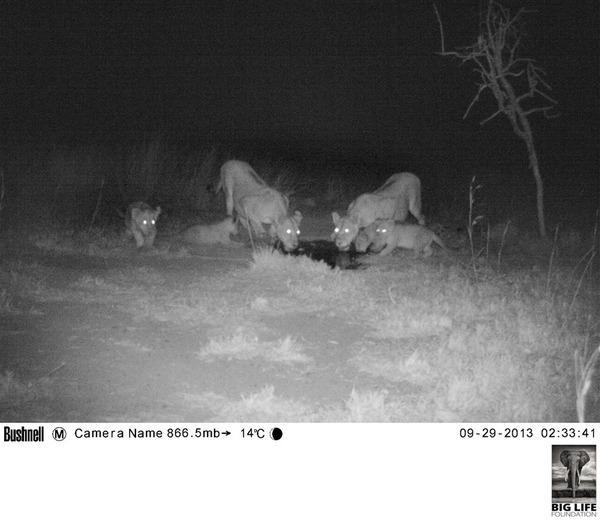 This last year has been dominated by shocking news and statistics of unprecedented poaching, mainly of elephant and rhino. It has been horrific, and sadly does not seem to be abating.

But having said that, there's also good news....

The campaign to bring this senseless slaughter to an end is gaining momentum, Big names and governments are putting their weight behind it, courts are taking wildlife crime more seriously (although still a long way to go), and popular outrage is becoming more and more apparent.

On the ground here in the Amboseli Ecosystem, we also have some good news.

The main species that we focus on protecting - elephant, rhino and lion - have all taken more than their fair share of losses. This year, we lost 11 elephants - 5 to poaching, 6 to human/wildlife conflict, mostly big mature bulls who are vital to the survival of the breeding population).

But at the same time, this is way down on 2009/2010 pre-Big Life, and since then, there has been a baby boom. Cynthia Moss of Amboseli Elephant Trust has this good news: '' We consider the elephant baby boom to have started in October 2011 and ended at the end of 2012. During that time, 243 calves were born, an all-time record. All but a few of those calves have survived.''

We lost three rhino to poachers this year -a male, and female with her calf, but two weeks ago, we confirmed with jubilation that another calf has been born, so at least some good news here to help swallow the bad news on the rhino front.

Predator numbers here are definitely on the up, especially lion. I know of five sets of cubs all under six months old. They have a long way to go before they are out of the danger zone, but it’s looking good. This is a remarkable turnaround, mainly owing to the communities who have agreed to stop killing Lion as a result from receiving compensation from Big Life whenever they lose livestock to predators.

So all in all, there are many reasons for hope....